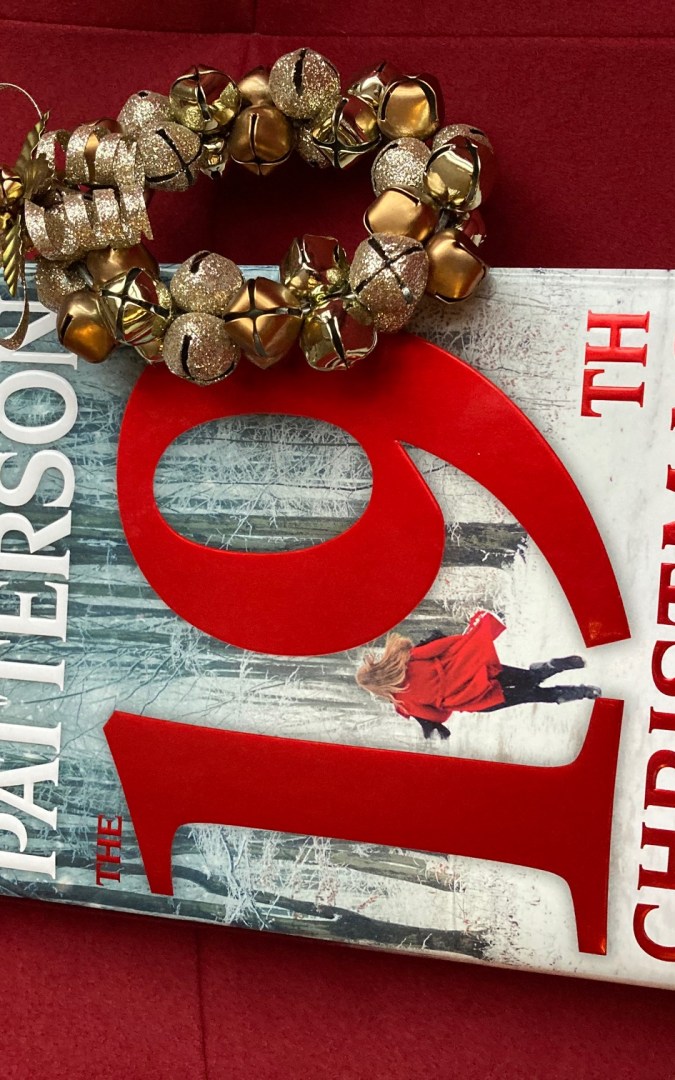 This is the first (and most likely the last) James Patterson book I’ll ever read. It’s not that I didn’t like it, in fact I enjoyed it, it was highly entertaining and I flew through the pages. Still, I finished the book and thought, what was the point of this? The 19th Christmas by James Patterson and Maxine Paetro is part of the ‘new women’s murder club’ series, which I’m not familiar with, so if I followed the series from the beginning perhaps this 19th installment would have left more of an impression? Strong, professional women drove the plotline in this book which I always appreciate, but it wasn’t until the very end that we get a sense this ‘club’ of women are friends. In fact, one of them left on a trip at the very beginning and we didn’t see her again until the last few pages. Other than it being a Christmas book which I enjoy reading in December, I didn’t have much motivation to read it. Still, I’ll do my best to offer a fair review of this book because these are all bestsellers for a reason!

It’s December 20 and Lindsay Boxer is a dedicated police officer in the present-day town of Chicago trying to enjoy the holidays with her husband and young daughter. But when word comes that a mastermind criminal named “Loman” is planning a huge heist on Christmas Day, the police force finds themselves scrambling to prevent this major crime. Even worse, so many different red herrings have been planted by Loman’s network of petty criminals that the actual target is impossible to pinpoint. Meanwhile, one of the other murder club ladies, Cindy, is on deadline for a Christmas assignment. She’s a journalist and is looking for feel-good stories about ways undocumented immigrants celebrate the holidays, but instead she is sucked into the heartbreaking story of a man wrongfully convicted of murder. Cindy’s storyline is just as interesting as Lindsay’s, but the majority of the book is taken up by the hunt for Loman and his true motive. We occasionally hear about Cindy’s friend Yuki who is prosecutor, and the spouses of all these women, but for the most part we stick with Lindsay’s perspective. There are a few chapters written from Loman’s viewpoint, but he doesn’t give away his plans either so the climax and ending all come as a surprise to the reader.

My main complaint about this book is the needless chapter breaks. Most of the chapters land in the range of 2-4 pages, and the chapter breaks themselves are needless. The chapters abruptly end at awkward times, and it’s not uncommon to start off the new chapter exactly where the last chapter ended. Is this done to give the reader a false sense of satisfaction? Or is it a cheap way of building suspense? Or does it simply make it easier to dive in and out of reading? Depending on who you are it could mean all three, and I will admit to relenting and reading ‘just one more chapter’ before bedtime because I knew they were so short. Still, it felt like a cheap way to push me through the book. I wasn’t flipping the pages because I was so absorbed in the storyline, instead I felt like I could just work my way through it faster if it pushed through a couple more paragraphs each night. I’d love to hear people’s opinions of short chapter breaks, so please let me know how you feel in the comment section below.

Another complaint I have about this book is the voice of each character. No matter who was speaking, they all had the same way of talking, same style of conversation, same sense of humour, etc. Until people were identified at the beginning of each chapter I never knew where we were because every person spoke the same way, regardless of profession, gender, or age. I personally found this lack of distinction frustrating, but I’m also aware that people who are picking up the 19th book in a James Patterson series may not care all that much about these things. Readers form bonds with characters of long-running series such as these, in fact this was confirmed in the author’s note where (maybe?) Patterson references a scene in the last book that many readers had written him about, confused as to the timeline and worried about this particular character. And as I’ve said before on this blog, jumping midway into a mysteries series is never a good idea, but clearly some authors can appease new AND returning readers better than others.

All my issues clearly point to the fact that I am not the intended audience for these kinds of books. I’m looking for more than pure entertainment and continuity of story, but that doesn’t mean James Patterson (plus whatever author is actually writing) books aren’t worth your time. What are you in the mood for? Do you feel like jumping headfirst into a series with lots of installments? I can see why these books sell so well; the plotline was intriguing, there was lots of action and I had no idea how it was going to end. There’s no shame in wanting all those things in your next read, and sometimes I wish I could tune out my inner critic and just enjoy the ride, even if it’s a bit choppy.