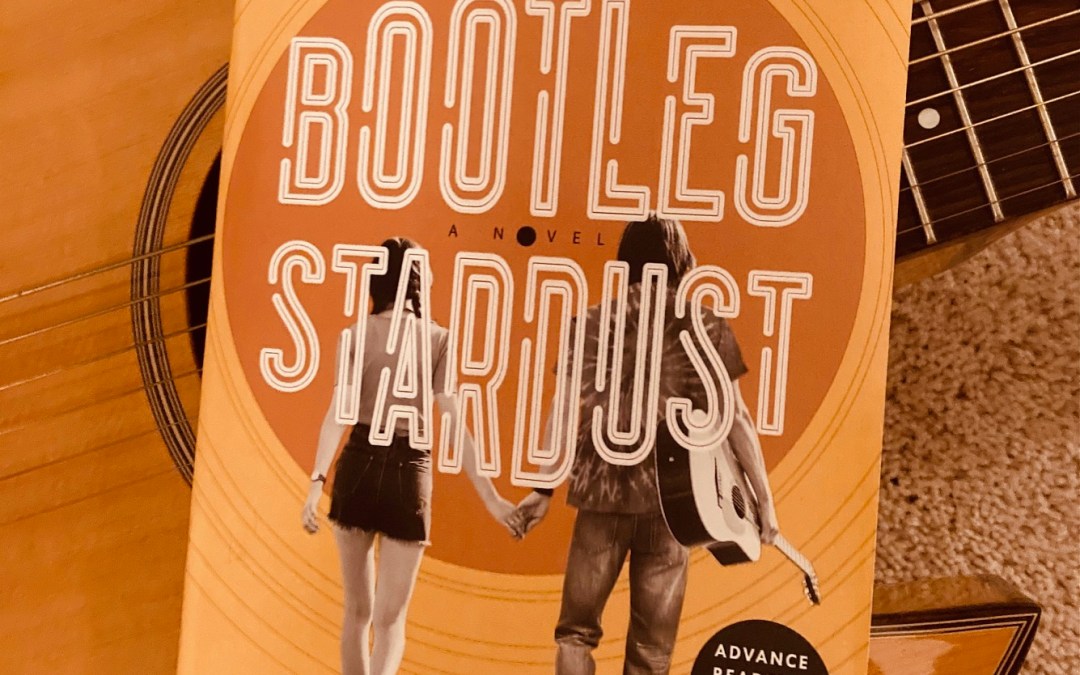 In a work of fiction, one of the most enjoyable experiences to read about is a protagonist striking it big, finding the perfect person, landing that killer job, or realizing one’s dreams, whatever that may be. Bootleg Stardust by Glenn Dixon is a great example of what makes fiction so damn fun to read; as an author, you can make the impossible happen, and in this books’ case, you can make a foster care kid into a rock star with the flick of a pen or the turn of a page. Glenn is a friend of mine, so I’m always a bit hesitant to read books by people I know and like — what if I don’t like it? But this is Glenn’s first work of fiction and it has received lots of fabulous attention already, plus I enjoyed his equally successful non-fiction so I had a pretty good sense that I’d like this one too. Not surprisingly I loved it and I’m hoping he writes more novels going forward because I think this is my favourite book of his so far!

Reminiscent of Daisy Jones and the Six, this book follows the lives of a famous band in the year 1974, working hard to impress their record company but battling the inner demons that seem to follow around so many rock stars. We meet Levi Jaxon while he’s living in his friend’s mother’s basement in Calgary, having dropped out of high school he doesn’t have many bankable skills, but he does play guitar extremely well and regularly sends demo tapes to record companies in hopes of making it big. He is offered an audition in London, England, so he sells his few possessions to pay for a plane ticket and scores a role in Downtown Exit, a band with a a couple of hits but a dangerous mix of members who struggle with drugs and alcohol. After an existing bandmate has an unfortunate accident, Levi finds himself directly in the spotlight as they tour around Europe. They are working under the deadline of an unfair record contract, and combined with the stress of unruly band members and their hysterical manager, Levi finds himself in an almost impossible situation, with one crisis coming right after the next. This book isn’t so much about fame and fortune as much as it is an adventure that whisks us to Cannes, Switzerland, and Paris to name just a few stops. It sounds cliché, but it’s quite literally, a really fun ride.

Levi is generally an easy-going character, and his buddy Rudy tags along for a good portion of the joyride so we get to witness both young men living out their dreams in an almost fantastical way. I lived vicariously through their naïve excitement, and although some of the situations seemed a bit too coincidental at times, it didn’t detract from the impact of the plot, I was simply enjoying myself too much to care.

The book is told from Levi’s perspective, and he has a very distinctive voice. He cycles through a few different sayings that at first, annoyed me, because as I reader, I tend to view repetition as a mistake in writing. However, as we get to know Levi even more, we realize that this way of speaking is critical to his character. He often says “If you want to know the truth” right after an observation about someone else, but about half way through the novel a very shocking revelation comes out about Levi which justifies the repetition in his inner dialogue. So there’s my one quibble about the book eliminated, there is nothing else for me to complain about!

Dixon is a musician himself, and he plays in a band that recorded actual songs to match the album that Downtown Exit is working on in this book. Not only that, there’s lots of musical history that will delight music-lovers, but if you’re like myself and enjoy music but not obsessed with it, the story doesn’t get too bogged down in musical details that won’t make sense to us bookworms. The rhythm of the storytelling is what’s so impressive here, the narrative clips along at such an easy pace, I was thoroughly entertained from the first to last page. I’d recommend this one to a wide range of readers, young, old, man, woman, everyone can pick up this book and become enthralled with the journey of making Levi’s dreams come true.