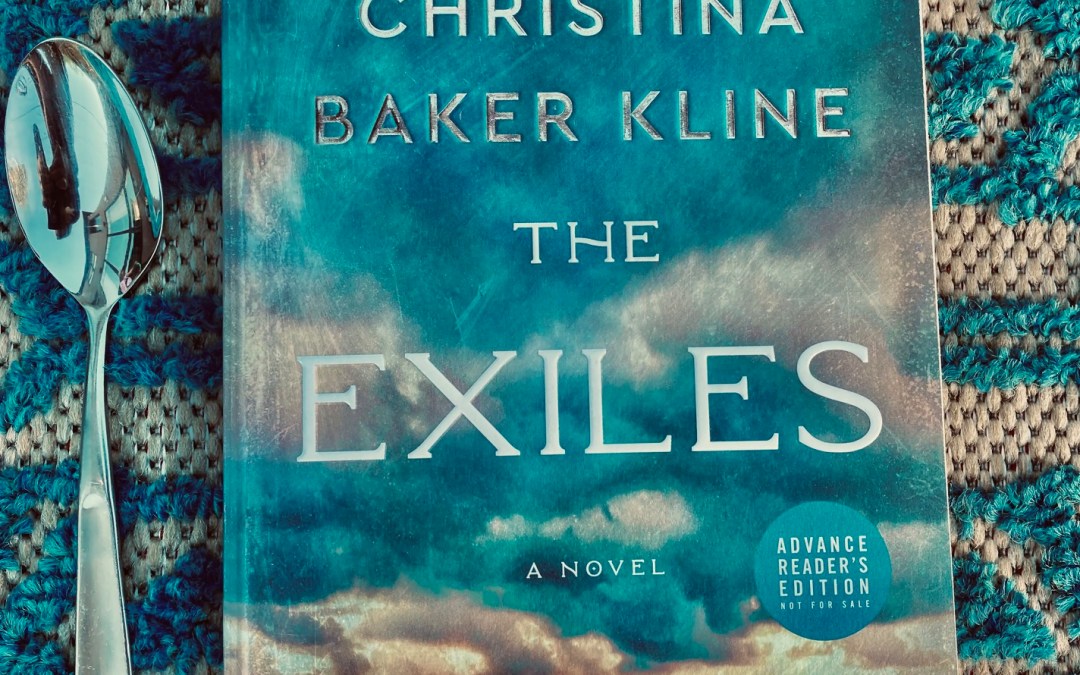 I am loving the female-centric takes on historical fiction that seem to be filling bookshelves more and more. Only recently have we begun to view our history through the female lens; what was it like to be a woman before we were considered equals to men? How did women cope, when were they able to push back (if ever) and how did they support each other? Or in some cases, how have things stayed the same regardless of the centuries that have passed? The Exiles by Christina Baker Kline takes a close look at what it was like for those who faced even more challenges than an everyday woman in the 1840: female convicts, and Australia’s indigenous people.

We follow the lives of three different women in this book, all destined to skim the edges of society, each struggling within difficult circumstances that are not their fault. Mathinna is a young indigenous girl living on Flinders Island off the coast of Australia when a visiting white woman, Lady Franklin, takes a liking to her, and decides to bring her back to Van Diemen’s Land (later named Tasmania) to live on her estate. Just like that, Mathinna is plucked away from her family and life, and taken, like a pet, to live somewhere else for another peron’s amusement. Not surprisingly, this unfair chain of events changes the course of her life forever. Across the ocean in England, Evangeline is wrongly accused of stealing a ring from the family she is a governess for, and when she lashes out and pushes her accuser down the stairs (obviously not a smart or kind thing to do) she’s sentenced to 7 years in prison for attempted murder. As many convicts were at that time, she’s shipped off to Van Diemen’s Land to serve the remainder of her sentence, sailing on a refurbished slave ship with barely livable conditions. While on the ship, we also come to know Hazel, a very young woman who was also unfairly accused of stealing, also sentenced to years of prison.

I was riveted by this book, and hated putting it down each night. Even through their conditions were difficult to read about, I loved learning about these women’s lives and their incredible willpower. It’s not surprising that the prison environment in the 1800s was so dangerous, but reading about it in this first person perspective can be gruesome at times. Just by the nature of the time period, the writing is very visceral, because so much of the human body was burdensome for these women, and there was no disguising their odours, waste, and lack of sanitary supplies. Once you become accustomed to these mentions, the plot moves quickly, and the characters development is secondary to what is happening to them. This isn’t a criticism of the book, again, it’s a reflection of the time period; women had very little agency, so they are forced into a reactive positions for the majority of their lives.

As I write this review, it’s been only a few days since the horrible discovery of 715 children’s bodies in unmarked graves outside of a Canadian residential school site. The unforgivable treatment of the Indigenous population in Canada is finally getting more attention. Because of this grisly discovery, the Indigenous character Mathinna captured my attention most, and I wish more focus had been paid to her storyline. I suspect there was much less research and data available to help inform her parts of the story, which is perhaps why her sections were shorter, but the development of her as a person was the strongest. We meet her on Flinders Island, which is where her people were forced to live after their land was taken by colonialists. She is then taken to Tasmania, where she is so completely isolated from anything she’s ever known, she decides her life will be much easier to bear if she stops thinking about her past, her culture, and her old life altogether, easily one of the most heartbreaking parts of the entire book.

Comparing the lives of Evangeline and Hazel to Mathinna is challenging, because their circumstances are so different. On the surface, Mathinna appears to have it better because she’s taken good care of physically, given a steady supply of food, and regularly educated. Unlike the convicts Evangeline and Hazel however, she can never truly be free because as an Indigenous person, she is viewed as less than human. Towards the beginning of the book, Mathinna speaks to a man who spent time in prison, convinced he’s seen the worst of humanity:

“Anyway, I seen worse in prison. What people do to each other, ye wouldn’t believe.”

Why wouldn’t she believe? Here she was, torn from her family, alone on a voyage to a place she’d never been at the whim of a lady in satin slippers who boiled the skulls of her relatives and displayed them as curiosities (p. 83 of ARC).

Nothing good ever comes from comparing tragedy, or ‘who has it worse’, but I can’t help think that this book is a subtle way of showing us the horror of dehumanizing others. Yes, Evangeline and Hazel don’t deserve what’s happened to them, but unlike Mathinna, they are not serving a life sentence. They are being punished for a period of time, while Mathinna is simply trying to exist. I realize I’m projecting my own sadness at this recent news onto my reading of this book, and I highly doubt Kline intended people analyze the story in this way, yet I can’t seem to think of it in any other way. Regardless of how you read this book, I do recommend it, because it will no doubt stir up emotions in you the way it has in me.