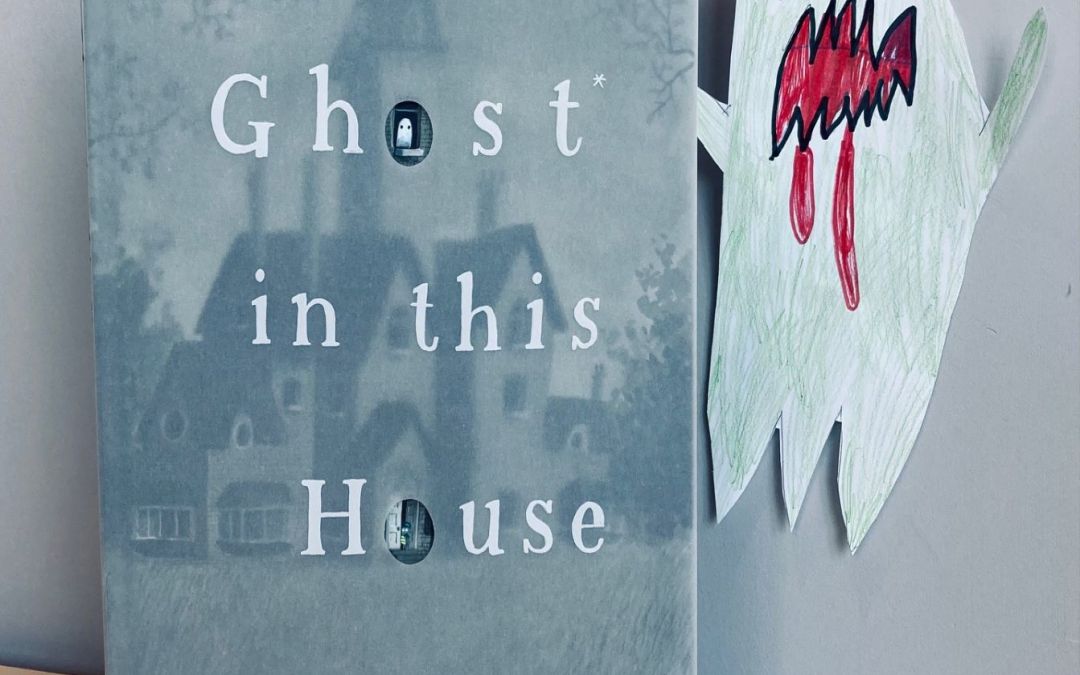 As soon as October 1st hit, we were decorating our house orange and black. Not only do we bring out the ghosts and spiderwebs, we focus our reading on Halloween books to get the kids excited (in a sugar-free way) about the coming holiday. Below I summarize the 4 books we received, and my kids’ reaction to them.

Little Witch Hazel, A Year in the Forest by Phoebe Wahl

Probably the least spooky of the bunch, but a favourite nonetheless, Little Witch Hazel was a welcome surprise on our doorstep because it has charmed each member of my family. Split into four seasons, it follows the life of Hazel, a medicine-woman and garden gnome of sorts, not quite the ‘witch’ kids typically imagine. She befriends an owl, learns the importance of relaxation in summer, and gets to the bottom of a creepy mystery all in this one volume. The pictures are done in a muted red, blue, and deep green colour, which have a festive air about them, especially when highlighting Hazel’s ever-present bright red cheeks. My kids loved the illustrations because there’s lots of little detail in each, including a village map at the end that includes the characters and homes that Hazel visits throughout each season. My favourite part of this book is the very realistic depiction of Hazel; she’s round with hairy legs, and lives happily on her own in nature – an independent woman after my own heart!

The Bad Seed Presents: The Good, the Bad, and the Spooky by Jory John and Pete Oswald

The Bad Seed is a popular children’s book, so it’s understandable that the Halloween-focused Bad Seed is just as popular! Do my kids love the fact that this book included stickers? Of course, and I expect to find these stuck to the floor, our cat, and our clothes for the next few months running (there are two whole pages of stickers!). But this book turned out to be my 3-year-old’s favourite because of a few other things. The pictures are fun and depicts of lots of Halloween-ish things, like candy, jack-o-lanterns, and a riot of different costumes, and the dialogue is entertaining because the bad seed extends lots of his words to make an impact: “spoooooky”, “baaaaaaaad mood”, “arrrrrggghhh”. The bad seed also speaks in a very colloquial tone making sarcastic jokes and complaining alot. I try my best to use as much inflection as possible when reading this one, which adds to the entertainment. It’s essentially about the bad seed struggling to find a costume and trying to trick other seeds into believing Halloween has been postponed until he can find a suitable one, so the message is about doing things ‘good enough’ to ensure you are still enjoying yourself, and not taking things too seriously. Although this life lesson is a little too nuanced for my son, my 6-year-old wouldn’t hurt to be reminded of this from time to time, so I’m hoping it will soak in after multiple reads.

There’s a Ghost in this House by Oliver Jeffers

The new Oliver Jeffers book There’s a Ghost in this House is the Halloween release I was most excited about, considering my love of his crayon books from years past is still burning bright. This book has the added element of transparent pages that overlay the illustrations which place the images of a few ghosts ‘hiding’ among the furniture. The text is very short and to the point; it’s about a young girl inviting someone over to help her look for ghosts because she can’t find any, but she’s sure her house is haunted. The images themselves are mostly photographs of a very creepy old house, but the ghost overlays are cute and smiling, so nothing is too scary for littles. The book is grayscale, but the little girl is done up with neon blue and green which pops off each page. Although neither of my kids are enamored with this book, out of all the titles in this post, this by far elicits the most interaction and participation; my youngest likes to point out all the ghosts that magically ‘appear’ once the transparent pages are turned, while my oldest searches each object that Jeffers has drawn into the corner of the text that can also be found in each room. I suspect my kids are still too young to appreciate this, but I loved the mixed-media use that Jeffers has on display, it made me appreciate his creativity in an entirely different way.

My 6-year-old is getting more and more enamored by comic books and graphic novels. Although she still can’t read on her own, the little picture windows seem to hold her attention better than traditional picture books these days, and the humour in this slightly-older kind of book appeals to her. Death & Sparkles by Canadian author Rob Justus is a unique mix of scary and sweet through the character of ‘Death’ and the cutesy bubble-gum unicorn ‘Sparkles’. She admitted to being a bit freaked out by the sketches of ‘Death’, but the humour is distracting enough that she asks to return to it regularly. It’s quite long so we only read one chapter a night, but it’s still accessible to my 3-year-old too, even though I’m quite sure the majority of the dialogue is over his head.

The storyline is fairly complicated; Sparkles is an influencer who is used by his manager to sell useless stuff to the masses, while Death is desperate to escape the paperwork of his job and find a real friend. Together they are pitted against a bunch of lizards from outer space who are depressed by the mishandling of technology that humans have demonstrated, slowly killing the planet while obsessed with celebrity and status. These are big topics that are lightly touched upon, and although the humour is based on the adventures of each character, the slightly serious undertones elevate this book from an early reader to a middle grade reader. My daughter still feels a bit young for this, so I’m hoping it’s something she can return to in a year or two with a more in-depth understanding of what kind of message it’s sending.