Book Review: A Study in Scarlet and The Sign of Four by Arthur Conan Doyle 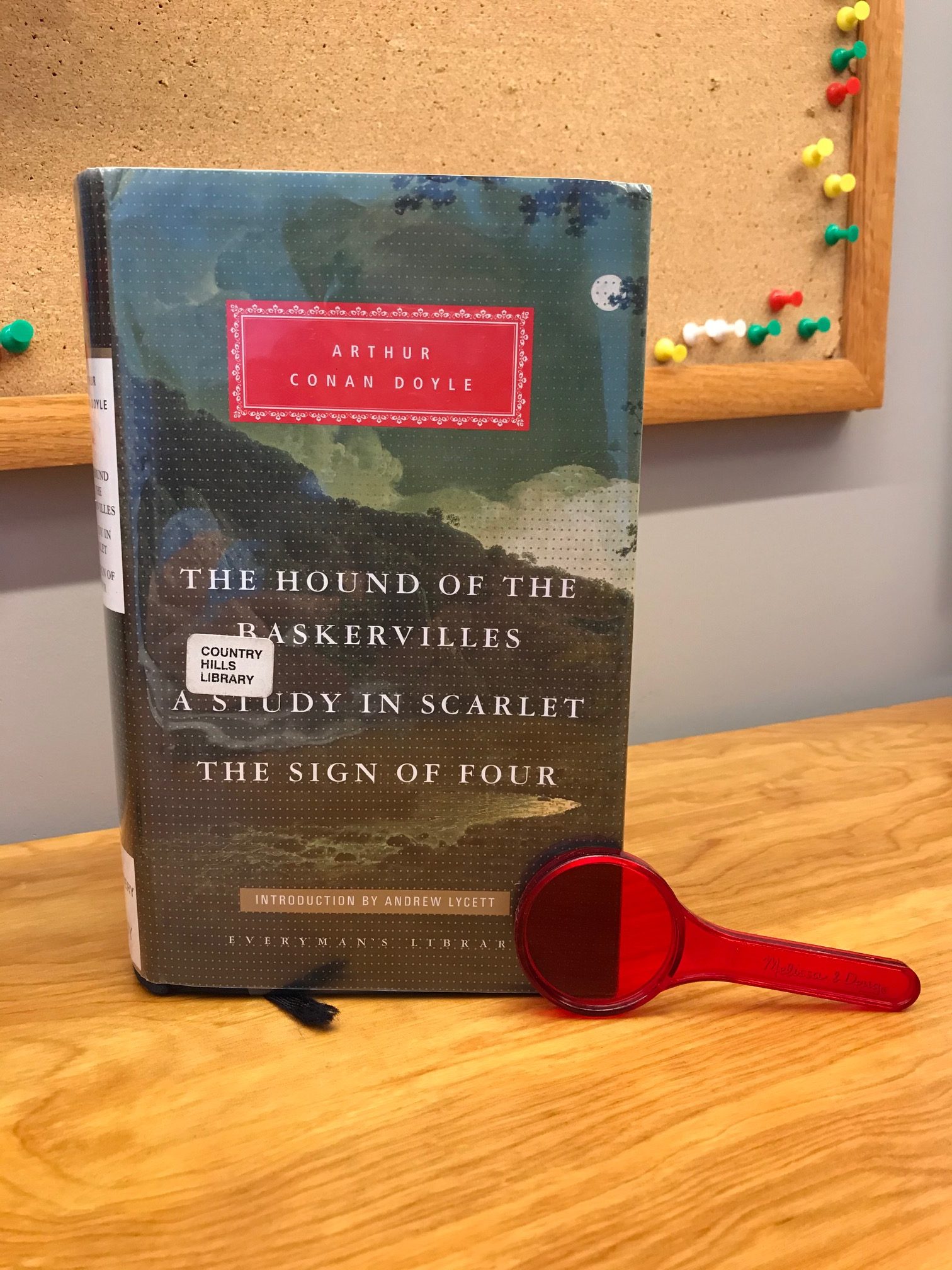 I’ve been on a ‘classical’ streak lately; reading The Haunting of Hill House a few weeks ago whet my appetite for the older stuff, so armed with a recommendation from FictionFan, I went to the library in search of some Arthur Conan Doyle. I picked up the tidy little volume of three of his best-known Sherlock Holmes novels; The Hound of the Baskervilles, A Study in Scarlet, and The Sign of the Four. Having read The Hound a few times in the past for various school assignments, I ignored that section of the book and focused only on the other two stories. I also read the introduction by Andrew Lycett last (as I typically advise others to do) because I expected it to have spoilers, which it did.

A Study in Scarlet is the first Sherlock Holmes novel, so we have the pleasure of meeting Dr. Watson and Holmes for the very first time. Reading the origin story of this famous duo is a distinct pleasure for any mystery fan, and having watched a few episodes of the modern-day Sherlock television show a few years ago, I pictured those actors’ faces as I read this book. That tv show is not an accurate representation of Doyle’s characters as he wrote them, but what film or television remake ever is? Side note; I prefer Benedict Cumberbatch to Robert Downey Jr. any day.

First published in 1887, A Study in Scarlet details the first meeting between Watson and Holmes, and how they come to be roommates. Once Watson discovers Holmes’ ‘abilities, they are immediately swept up in a murder investigation; a man is discovered poisoned in an abandoned room with the words “Rache” written on the wall in blood. When one of the official police detectives in charge (a pompous fool) makes his pronouncement of who he believes the murderer to be, a second murder is discovered: the companion and personal secretary to the original victim. Shockingly, the book then takes an abrupt turn and we find ourselves in the American mid-west. There we meet a group of Mormons led by a few corrupt individuals as they settle a new colony, while a devoted and loving father goes to great lengths to protect his daughter from the lecherous clutches of the polygamist leaders. Obviously this change in scenery eventually connects to the murder mystery in London, but it takes a long time to circle back and make sense. I was initially annoyed by this sudden change in location, but once the stories linked up and the murderer found, I settled back into my sleuthing attitude, ready to analyze the next crime.

The Sign of Four also takes the reader on a journey, except this time it’s to India, and it’s a considerably shorter trip. Holmes is once again asked to consult on a local crime, but this time it’s by a distraught young woman named Miss Mary Morstan, who Dr. Watson immediately falls in love with. Morstan’s father has been missing for years, plus she’s started receiving very valuable pearls in the mail, once a year on the exact same date. She’s been invited to meet with this mysterious sender and asks Holmes and Watson if they will accompany her. Together, they discover a murdered man (again, poison), missing treasure, and some wooden mallet with obvious indigenous roots (I’m using the politically correct and modern term ‘indigenous’, but it will come as no surprise that Doyle uses racist language throughout as it was published in 1890).

Anyway, this story gets sidetracked by an extremely detailed account of why the murderer did what he did, and how he did it all. Once again, I found this a bit of a distraction, and wished for us to return to the original story as soon as possible. I wonder if readers back then would have the same reaction I did, or am I just a product of the sped-up society that now defines the 21st century? Perhaps I’m just an impatient person looking for a reason to justify my boredom, but despite the meandering story line I did enjoy this one too.

Published a few years after the initial Holmes novel, The Sign of Four serves to further both main characters, in particular, we learn that Sherlock Holmes is a drug addict, using cocaine and heroin when he’s bored. Watson’s love interest demonstrates an entirely new side of him; apparently he is a sensitive and chivalrous type, not entirely hardened by his time at war. We don’t hear much from their landlady Mrs. Hudson at this point, and I haven’t read any books that include Moriarty yet, but I know these will all come further down the line in my Sherlock reading.

For those who like a truly puzzling mystery that ends with the culprit explaining their actions, the execution and the motivations, both of these stories will appeal to you. What I like most about these kinds of books is the predictability of them, for you can be certain Sherlock will solve the crime, and Watson will document it, and things will remain relatively unchanged. I know in future stories Doyle kills Sherlock off, but then he returns in The House of the Baskervilles, so I’m clearly not the only person who has a soft spot for this famous detective. For those who don’t have access to a library or are choosing to self-quarantine, you can find all the books online at Project Gutenberg.