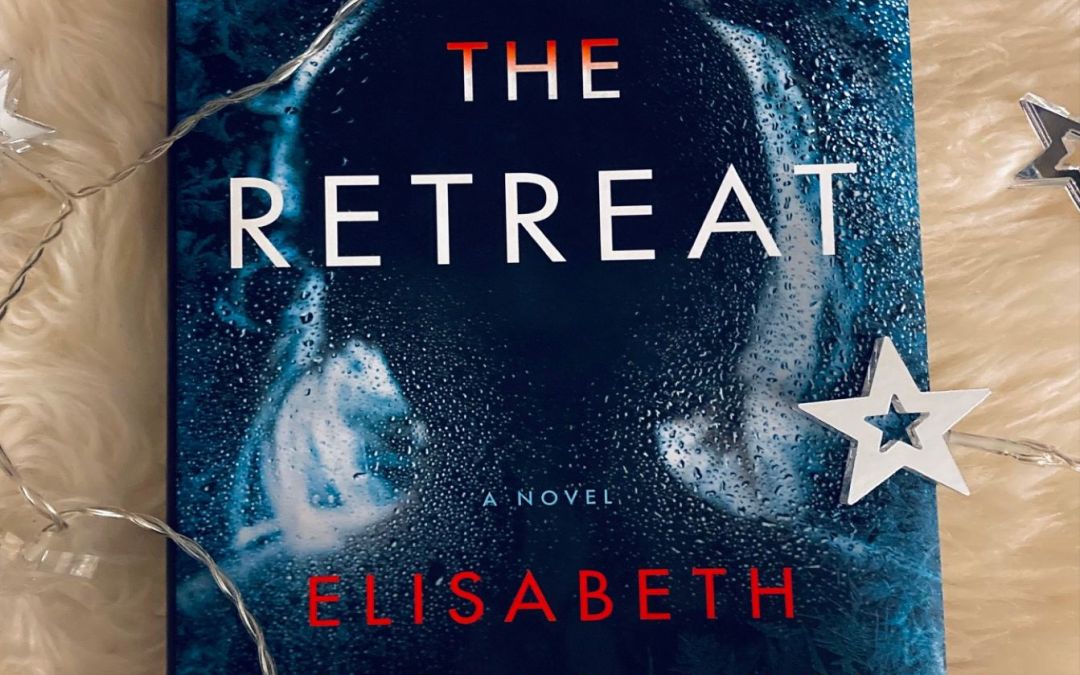 This isn’t the first thriller I’ve read about being trapped on a mountain resort during an avalanche, but even knowing the storyline was one I had read before, I still jumped at the chance to read The Retreat by Elisabeth de Mariaffi because a) I loved her last book, and b) the setting for this is supposedly based on the Banff Centre for the Arts, a beautiful place I’ve spent many nights, and highly recommend for those who visit Banff! Some people may not relish the thought of reading about a place they know and love being the stage for murder, but I’m not most people, so I had a great deal of fun reading this book.

Maeve Martin is a single mother of two and a once-famous dancer who is trying to get her career jumpstarted again so she’s going on an artistic retreat in the mountains with the hopes of starting her own dance company. She’s nervous about leaving her kids with her mother, but she’s also desperate to forge her own path again, immersing herself in the world of dance that she so loves and relied on before having kids. She arrives in November, a few days before a big snowstorm is set to hit the mountain range she’s in, and because she’s there in the shoulder season, the skeleton staff are sent home before the storm arrives, as the few artists in attendance can easily take care of themselves under the care of the program director. Everything seems fun and easy, Maeve even indulges in a little fling with a mysterious artist, but when the power goes out and the snow refuses to stop falling, it soon becomes clear that being cut off from everyone in the village below is going to be dangerous, especially when the other artists seem to be hiding so many secrets. Tensions rise as the temperature drops, and the possibility that a grizzly bear is stalking the perimeter of the center keeps people from venturing out for help, until it becomes clear the danger is coming from inside the building too.

Maeve is a very likeable character, and I was immediately drawn into her hopes and dreams for this retreat. Although she keeps a photo strip of her kids with her at all times, she’s a fiercely independent woman who misses the life she had before children, and is willing to work hard to build the future she wants for herself and her family. Unlike many modern-day thrillers, there is no question that Maeve is innocent of the crimes being perpetrated once the avalanche hits (no spoilers here!), and the secrets that are revealed about Maeve herself are not mind-blowing twists, instead they further develop her history into a believable backstory. We are clearly meant to be on her side for the duration of the novel which adds to the suspense of the story once we realize it’s difficult to trust just about anybody else.

There are competing elements for our attention in this novel; the secrets the other artists hold, the strange behavior of the elk outside, the appearance of large footprints of what must be a grizzly bear, the violent dreams Maeve experiences upon nightfall and the forced isolation of the weather. Although this may sound complicated at first glance, it worked incredibly well at immersing the reader in the plotline, which starts off slow but ramps up quickly until the characters find themselves into an emergency situation without even realizing it. In my somewhat limited outdoor experience, this quite accurately depicts what it’s like to be isolated in the mountains – everything seems fine until suddenly it’s not; it’s why I insist on bringing lots of extra water, food and layers whenever my husband and go hiking in the mountain ranges around Calgary. Things can change in an instant, which they do in this book.

I’ll admit to being a tad confused by the ending because I’m still unsure who the biggest threat to Maeve was, but the build up to the climax is just too good to hint at, so I’ll leave it there. For those of you who have read or plan on reading this book, please connect with me so we can discuss the last few pages together!