Book Review: The Witches of Moonshyne Manor by Bianca Marais 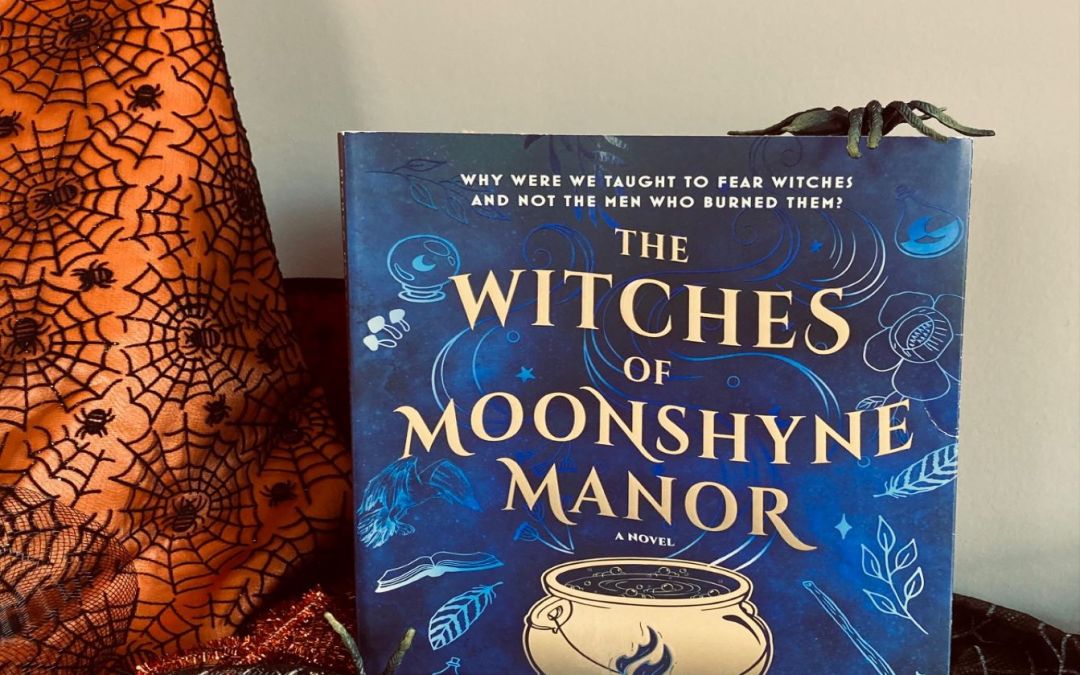 The perfect read for Halloween enthusiasts and witch-lovers of all stripes, The Witches of Moonshyne Manor by Bianca Marais scratched an itch I didn’t realize I had. Its got all the ingredients of a perfect October read: a rambling haunted mansion, a coven of witches with a varied array of powers, a dark and mysterious wizard with dangerous intentions, and an adventure that concludes on Halloween night. I found a few elements a tad didactic, but other than that, I can’t find much to complain about, mainly due to the cozy Fall vibes I got when curling up with this book and a warm blanket.

Ursula, Jezebel, Ivy, Tabitha, Queenie and Ruby are all aging witches living in Moonshyne Manor, an old house that they’ve called home for decades. They each have their own set of special powers, and sell liquor from their in-house distillery to pay the bills. Ruby is the one witch that hasn’t been living with them lately, but she’s expected to return in a matter of days, and her fellow witches have some terrible news to tell her; the manor is about to be repossessed because they can no longer afford it. The town of Critchley Hackle want to build a megaplex of ‘men’s entertainment’ on that sprawling property, and the town reverend and his cronies on city council are bending all the rules to make it happen. But the witches have a secret weapon; Persephone is a local teen and a fearless feminist with a legion of followers on TikTok, eager to help save Moonshyne Manor. In addition to this varied cast, many characters have their own little animal to accompany them, one of my favourites being Persephone’s dog Ruth Bader Ginsburg, who wears a little crochet collar like her namesake.

You can no doubt tell by the plot summary above that this is a feminist text; most men are not to be trusted in this book, and the worst are actively plotting against the witches, sneering at their independence and desperate to displace them at all costs. The cover of the book states “Why were we taught to fear witches and not the men who burned them?” which is of course a good point, but the whole plot felt a bit uneven and overly focused on damning the male characters at every turn. Aside from this focus on feminism with a capital “F”, there was also a focus on gender, where one witch is insistent on presenting as a woman, but her magic is unable to keep her appearance female for long stretches of time. The other witches come to accept the decision to change genders permanently (in the process losing her magical abilities forever), but there’s a very obvious moment that is meant to mirror the desire of shedding a magical identity like a gender. Again, I appreciate the point the author is trying to make, forcing identities on people is unfair, no matter what identity that is, however it felt a bit obvious by that point in the book.

Despite my fussy complaints above, I really did love this novel, and the adult ‘hocus pocus’ vibes it gave off. The group of witches and their unbreakable friendship was heartwarming yet realistic; they fight because they are all so different, yet they strengthen their bonds by respecting each other’s unique traits without any agenda of changing them. Strangely enough, it reminded me of a spooky “Golden Girls” where a bunch of women are aging gracefully together, enjoying their life as they were meant to, breaking free of societal expectations and finding purpose and joy in their seventies and beyond. Jezebel in particular is a woman to aspire to as she’s frequently having male lovers over to the house, and she’s in her eighties!

There are some dark moments in the book; death, incarceration, and illness plague this group of women, and the plot strays into Harry Potter-like territory when we learn of a special wand that they must secure to save a young woman’s life. Still, the magic of their lives together ensure the story never remains too desolate for too long, and Marais deftly lightens the dialogue with humour to help lift the tone. I’d recommend this as a book club read as well – the discussions it would spark around female friendship would be lively!