Book Review: Every Summer After by Carley Fortune 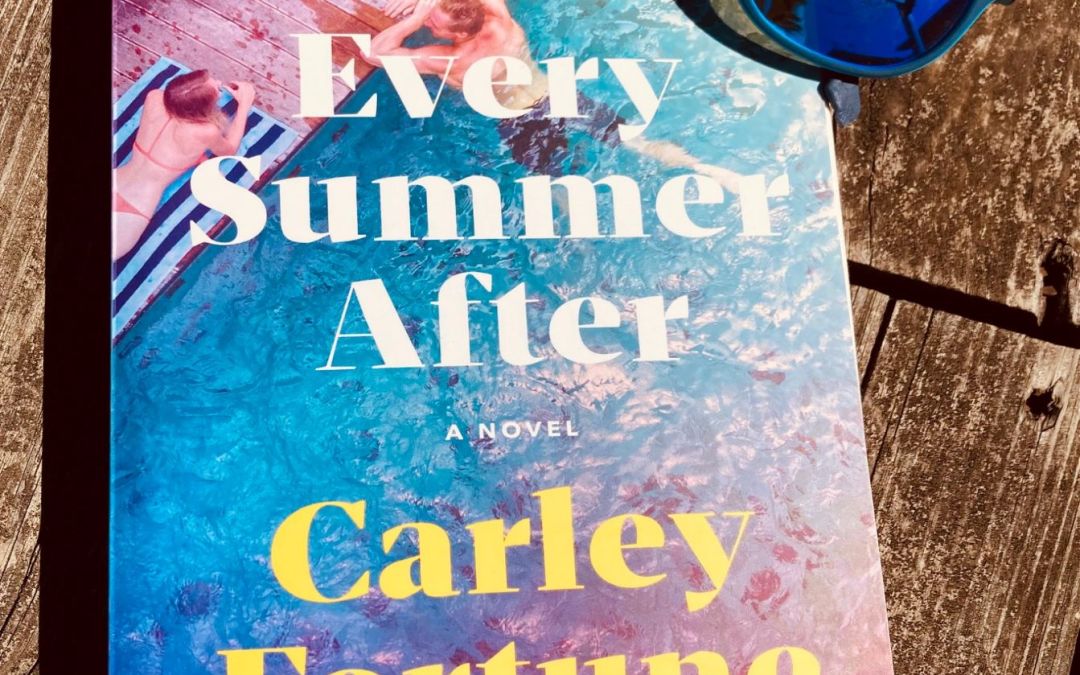 I’m in the midst of preparing my ‘hot summer fiction’ segment for CBC Calgary, and I knew as soon as I read the first review of Every Summer After by Carley Fortune that I’d have to include this novel in my annual round-up. Canadians are buzzing about this one as it’s a first-time author (but longtime Canadian editor) that managed to sell rights to multiple territories. The fact that it was a ‘cottage’ book is what really sold me, as my regular readers will no doubt recognize that’s a soft spot for me. It’s essentially a romance story, but I can see the broader appeal in this one as the characters are developed quite well. Anyone who has ever enjoyed the privilege of having a summer cabin will immediately recognize the nostalgia this book evokes.

Percy is in her late twenties, living a (somewhat) glamorous life in Toronto as a magazine editor in a high rise condo. But she used to be a girl who loved the outdoors, spending her summers in a cabin by the lake in Barry’s Bay, swimming every day with the boy next door Sam, and his older brother Charlie. Her and Sam grew up together and eventually fell in love, their friendship turning into an intense first-love romance. But something happened that eventually broke them up, and Percy still isn’t over it, struggling with frequent panic attacks and desperate to forget about Sam even though it has been years since she’s seen him. She then gets a call from Charlie that his mother has died, and Percy’s presence at the funeral would mean a lot to him and his brother, so she travels back to Barry’s Bay to make an appearance. Upon arriving, all the memories come flooding back to her, especially when she runs into Sam, all grown up and not ready to let go of the past.

Romance is rarely a must-read genre for me, I find them too unbelievable at the best of times, but the rough road that Percy and Sam travel is one that will ring true for many, as there are many ups and downs in their relationship, and it’s never quite clear if they will end up together. Aside from the love story that takes up most of its pages, this book is also a coming-of-age tale that details the life of two very different people; a girl growing up as an only child to older parents in an urban setting vs. a boy growing up beneath the shadow of his charismatic older brother, the death of his father, and a single mother that works tirelessly to provide a stable income for her two boys, all in a tiny town. These warring backgrounds coupled with two very different personalities come to create a romance that is never straightforward but intense enough to keep the pages turning, and the plotlines are realistic, even when Fortune makes use of the dreaded ‘that day’ scenario.

So is this book worth all the hype? It absolutely satisfied my need for the perfect cottage book, and I find so many beach reads that I’ve read in the past take place in the U.S.A. so it was a nice treat to read something that took place on the shores of a Canadian town. I also appreciated that the ending wasn’t too sappy or unrealistic – it’s a romance novel so there is a happy ending, but it’s a believable place that we leave Sam and Percy on the last page. Literary readers may not find this book serious enough, but it contains a nice balance between character and plot development, neither being ignored or leaned on too heavily. This is a balance that is rarely found in beach reads, so I can happily recommend this one to people wanting to dip their toes into the genre.