It’s Christmas, and I have the perfect way of celebrating: settling down with a cozy mystery featurning my favourite detective, Jessica Fletcher. But Santa has been kind to me this year, and brought not one, but two Murder, She Wrote (MSW) books my way. Murder Never Takes a Holiday features two Christmas-related stories within it: Manhattans & Murder, and A Little Yuletide Murder. A wonderful aunt gave me this collection a few years ago, and I’ve been saving it up ever since so I could indulge during the holidays season-and it was worth the wait!

As I’ve stated in an earlier review of an MSW book on this blog, Donald Bain is the author of these fabulously entertaining reads, although Jessica Fletcher is listed as a co-author as well; which is really an adorable touch, something the entire MSW audience appreciates no doubt. And once again, we get an inside look at the real Jessica Fletcher within these pages. Something we learn about her this time is the fact that she doesn’t subscribe to a specific religion, which is surprising considering her age, but once again, another reason I love her. And I also learned that she’s a n

ervous flier, just like me. Of course, this has me convinced that Jessica Fletcher and I are kindred spirits, even more so than I previously thought. 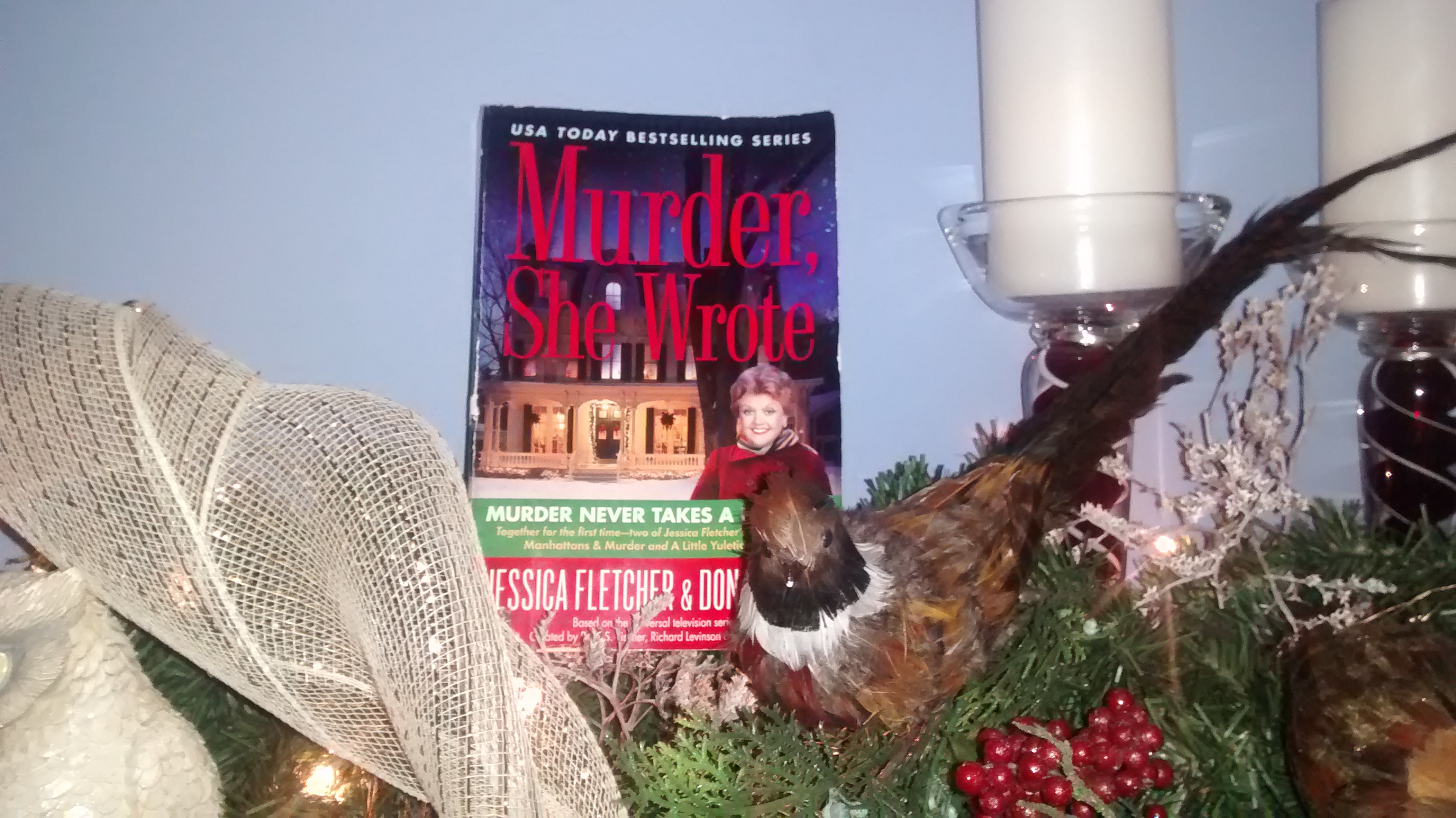 Manhattans and Murder was my favourite of the two stories, it takes place during one of Jessica’s press tours over the Christmas season, when she witnesses an old acquaitence being gunned down in the middle of the street. I preferred this one simply because it involved her ‘book life’ a little bit more. It describes her book signings, press appearances, publisher relationship, etc. Being a book-lover first, and mystery-lover second, this is one of the reasons why the character of Jessica Fletcher is so appealing to me.

A Little Yuletide Murder takes place in her hometown of Cabot Cove, where a local man is found dead in his barn just a few weeks before their famous Christmas festival. Of course, she solves both mysteries with a little help along the way, and everything always ends well: the true hallmark of a cozy mystery. Although I enjoy watching the tv episodes that take place in Cabot Cove, I much prefer to read about Jessica’s adventures elsewhere, it’s better at keeping your attention as a reader.

I can’t say I have much in the way of criticisms of this collection; both books were just what I needed this holiday season; reading them is like watching the television show: pleasant, calming, and quick. I suppose I’m a bit biased because I’m such a huge fan of the Murder She Wrote franchise that I can’t really find any fault with the books based on the series either. Oh well, ’tis the season to be generous, right? Merry Christmas everyone, I hope you also get the chance to curl up with a great book sometime over the next few days!