Book Review: 13 Ways of Looking at a Fat Girl by Mona Awad

Sometimes, it’s nice to be reminded how truly unique being a woman is. What I mean by this, is that Mona Awad,  debut author of 13 Ways of Looking at A Fat Girl has deftly captured the true essence of a woman’s complicated relationship with her own body image; a topic that most females have contemplated at some point in their lives. Show me one woman who has never once obsessed over how she looks in the mirror, and I bet you can’t find one. Men also struggle with this, but I am guessing that for most it’s certainly not at the forefront of their minds (or their relationships with other people) the way it is for women. 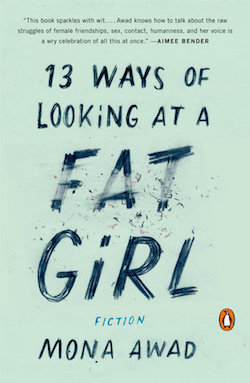 So because our appearance is something we think about a lot (either consciously, or subconsciously), my latest read was a fascinating one that really resonated with me. It read like a book of linked short stories; each chapter was a story from Elizabeth’s life in chronological order. It begins with stories of her as a young teen, filling her afternoons of boredom with McDonalds and trying out new makeup techniques. We follow her as she tries meeting men online, navigating her strained relationship with her Mother, and finally losing a significant amount of weight that she is finally deemed ‘skinny’ in most people’s eyes, everyone’s but her own. 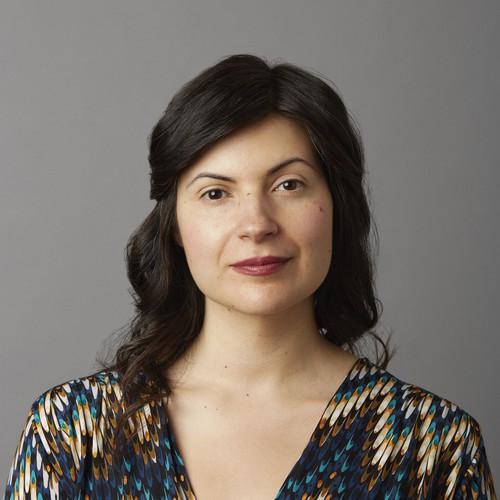 not surprisingly the author is beautiful!

Although this sounds depressing, Awad’s writing is also full of sharp humour that keeps this book from falling into some sad manifesto about women’s body issues. What I liked most about the book was how relatable Elizabeth’s character was. I’ve personally never agonized over my weight, but I do fixate on other things so her inner dialogue was something familiar to me, and I’m sure many other women. The most interesting thing, and probably the ‘ah-ha’ moment for me was the way Elizabeth’s weight affected her relationships; not surprisingly, her obsession over her body became another character, stifling conversation and connection around her. I’m sure this was Awad’s underlying message if she intended to have one. It’s like one of those things that we all know in the back of our minds; it’s so difficult to silence that overly critical voice that we all have inside of us, but we know we’re better off if we do.

I don’t want my review to sound like this is some ‘important and necessary’ book that all women should read, because it’s really fun too. And it’s short, you can pick it up and put it down, so it’s an easy read in that respect as well.