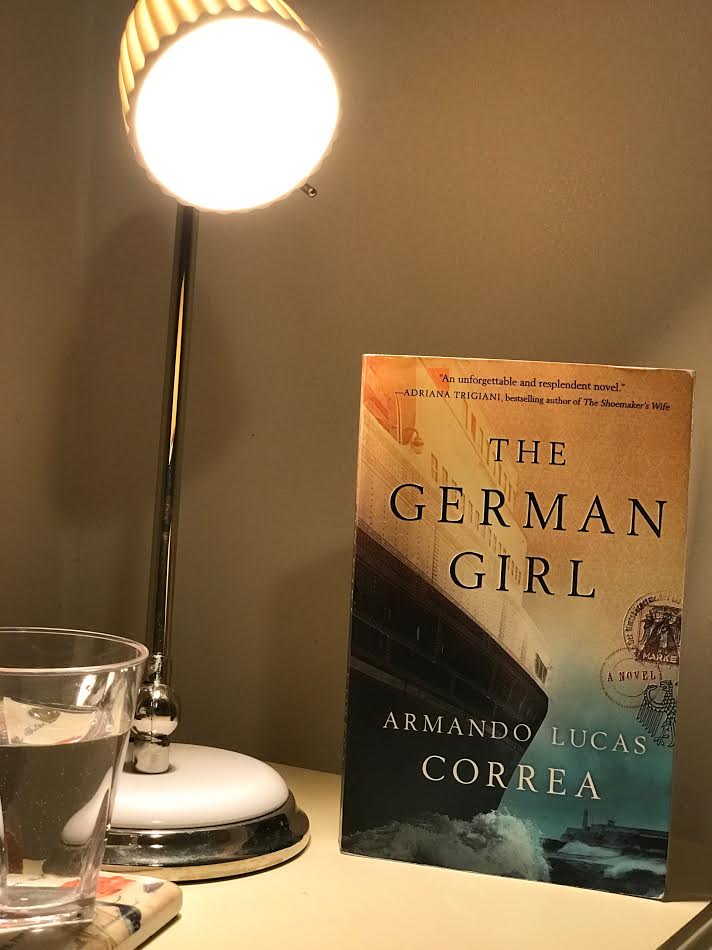 When I received this book from the publisher, I’ll admit I was underwhelmed. Another book about WWII? Have all the stories been told already? But I had heard so many good things about The German Girl by Armando Lucas Correa that I plowed through it anyway with hopes that the praise was not unfounded. My optimism was rewarded because I really enjoyed this novel.  It’s not for the faint of heart, there is quite a bit of sadness in it,  in fact, happiness is difficult to find in these pages at all, but that shouldn’t be surprising considering the time period.

Twelve-year-old Hannah is our protagonist, she is of Jewish descent and lives with her wealthy parents in a beautiful apartment in Berlin, leading up to the outbreak of the war. Her best friend is Leo, and together they roam the streets, diving out of the way of broken glass, angry citizens and imposing Nazis. Somehow this is Hannah’s happiest time, where although the drama of a nation on the brink of war is unfolding around her, she manages to lose herself in the joy of spending time with Leo. As it becomes clearer that they will have to leave, they make a pact that they will always be together, and 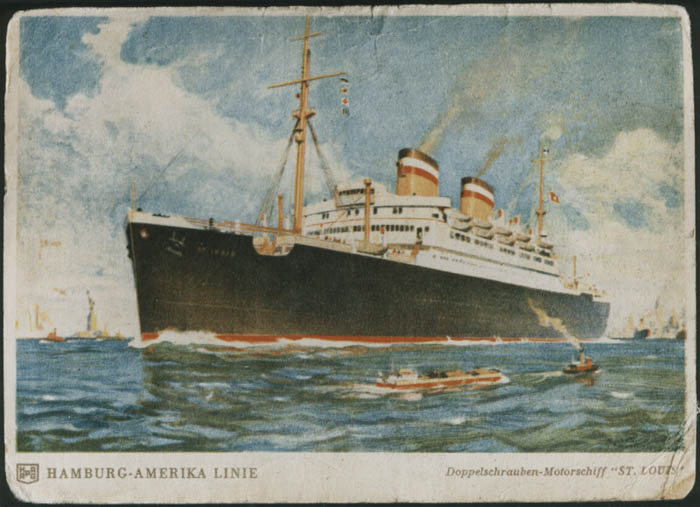 miraculously they end up on the luxury cruise liner St. Louis together, bound for Cuba. Shockingly, this is all based true – the St. Louis did indeed sail for Cuba with mostly Jewish people holding government approved Cuban visas right before the war broke out. But when they arrived, they were declined salvation, (other than a few people) and the ship continued on to the U.S. and Canada, trying to land. After being denied entry in both those places, the ship sailed back to Europe where eventually the majority of the passengers ended up in concentration camps, many of them dying there. Being Canadian, I was saddened to read about this piece of our history, as many people are when they learn about this; the Wheel of Conscience in Halifax is a monument meant to remind us of this deplorable act.

But Hannah is one of the lucky ones from the “Voyage of the Damned” who is allowed to land in Cuba with her mother, being separated from Leo and her father at the same time. This scene is not surprisingly, one of the most heartbreaking things I’ve read in awhile. But even though she is on somewhat safe soil, her life there doesn’t seem to get much better. Her mother bears a son who eventually becomes somewhat of a villain, and Hannah never seems to heal from the trauma of her childhood. Sadly, the Cuban revolution that they endure seems to be a slightly less horrific version of what they fled. Correa does a masterful job at bringing other major world events into focus in this book, showcasing the barbaric parallels of human behavior over two centuries. The realization that we continue to treat other humans this horrendously is a despairing conclusion that every reader will come to as they finish this book, but the characters are so beautifully drawn that we still enjoy reading it.

With every new story of our bloody history that I read about, I become even more empathetic to people’s plights all around the world. It’s hard to deny the connections we can draw to today’s refugee crisis from the people that come over on the St. Louis a little less than a hundred years ago. People are still fleeing their homes, how will we respond? Books like these are so important for people to read; The German Girl is a lesson in history that will hopefully resonate with others as much as it did with me.