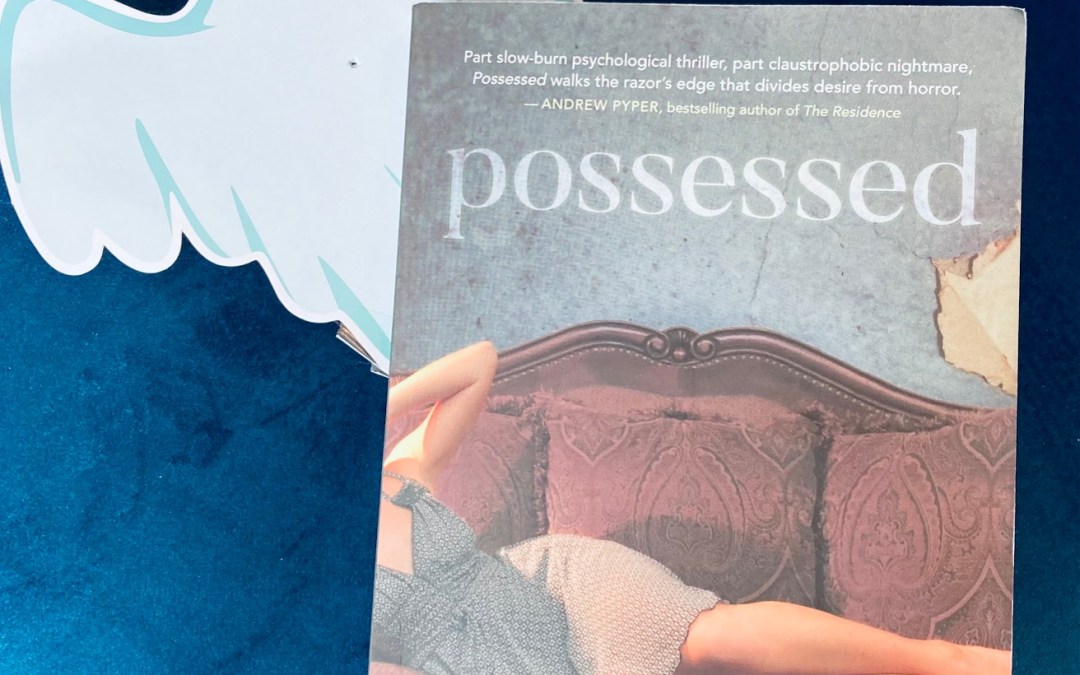 Although Possessed by Jowita Bydlowska has ghosts in it, but they are beside the point. Mental health struggles, abusive behavior, and depression are truly at the heart of this book. A work of literary fiction that made me uncomfortable, I found myself moving between episodes of interest and horror, mainly due to the thoughts and actions of the protagonist Josephine. I’ve read Bydlowska’s memoir Drunk Mom, which is exactly what the title suggests – she struggled with an alcohol addiction when her son was born, and as I recall that book included strange sexual scenes too. Possessed is similar in that sex is something her main character finds solace in, but it is most definitely a work of fiction. Although it’s tempting as readers to attempt to draw connections between an author and her protagonist, it’s unfair to the writers, because it assumes they don’t have the imaginations to dream up these kooky scenes or characteristics, and there is no doubt in my mind that Bydlowska is an imaginative writer.

Josephine is in her thirties, and living back at home with mother as her caregiver. She never knew her father, and they have no other family, so its landed on Josephine to move back in and take care of her aging mother as she slides further into what appears to be early dementia. Her mother has always had episodes of hysterics, including threatening to cut herself when Josephine was a teenager refusing to come out of her room. Now that they are living together again, her mother occasionally slides back into confusing rants, claiming that there is someone else living in the house with them. Josephine occasionally sees a young man in the hallways, but doesn’t seem bothered by it, because she’s always seen ghosts. She’s also preoccupied by her job at a travel agency, which she throws herself into in an effort to avoid thinking about Sebastien, a younger man who only sleeps with her when it’s convenient for him. About halfway through the novel she travels to an island in Croatia for work, exploring an abandoned sanitorium that’s rumored to be haunted. There, she comes across more than the simple ghosts she’s used to at home.

Josephine is a polarizing character. In some ways her actions, especially her reliance on men’s approval is a pitiful thing to witness. But then I had to remind myself that I was privy to her internal thoughts, so is it fair to be that judgmental of her? To others she would appear to be a normal young woman, hardworking and dedicated to her mother. Despite these positive traits, I couldn’t help but feel uncomfortable about her life, especially her habit of meeting her ex-boyfriend for sex, which was often rough. It gets awkward enough that he refuses to keep participating, which pushes her into a crying outburst, leaving myself, the ex, and her all confused at once. This is just one example of the bafflement she provokes through her actions. Knowing her destructive thoughts and habits is what made me uncomfortable, at once wanting to leave the mess of her life on the page, but also curious in how it would all turn out. It was this oscillating between pity and curiosity that kept me reading at a steady pace, eager to reach the Croatian portion of her story.

The book continues on this odd trajectory once Josephine lands in Croatia. While there, her story is hijacked by another character, and we get a first person narration from someone else that lasts about 60 pages, so it’s a significant length, long enough for me to wonder if we are going to hear from Josephine again. We do, and she experiences a transformation at the end of the novel, much to my relief. I’ve never been a lovesick romantic, but reading about a woman pining over a man who clearly doesn’t feel the same way makes me cringe, and I was happy to see Josephine change course by the end of the book. And although inserting this other person’s story into hers is a stylistically bold choice, it really worked in this instance; it shook us out of the depression Josephine and her mother had been dragged into.

There is no doubt this book is strange so it won’t be for everyone, but its writing is so intense that it does have merit in reading. Josephine’s brutal honesty is a style of writing that Bydlowska is becoming known for, the best example being her aforementioned memoir, and it’s a style I’m really enjoying, even as it provides an initial shock to the system.