Book Review: Watching You Without Me by Lynn Coady 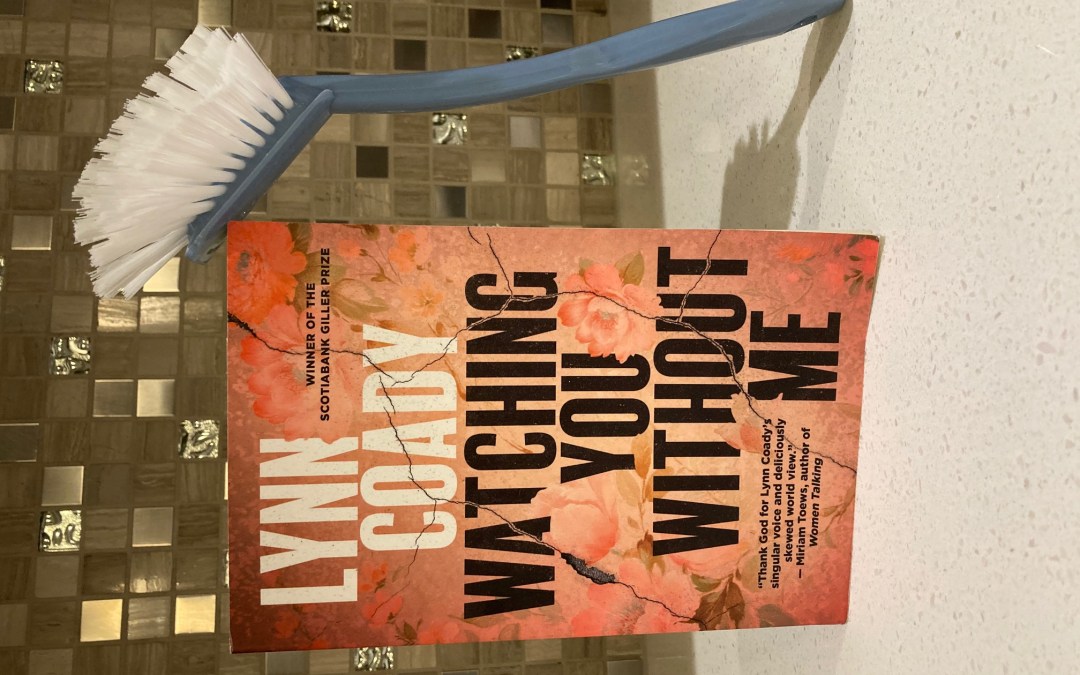 When I first received this book for review I was under the impression it was a thriller, but after talking to a few people they told me it wasn’t really like that. Then, I assumed it was just a literary ‘character study’, but others assured me this book was also quite dark. One woman in particular told me she was really disappointed by it. After hearing all this conflicting feedback on Lynn Coady’s latest novel Watching You Without Me, I really had no idea what to expect when I finally read it. Very similar to the Nicole Lundrigan novel I read a few months ago, my anxiety was at an all-time high as I made my way through this one. Toxic family dynamics, looming conflict and fiery tempers all work together to build the suspense that permeates these pages. If you’re feeling at all anxious about the world we’re in right now (and I don’t blame you if you do!) then you should probably pass on this one. However, if you’re eager for a distraction, even a stressful one like this, I’d recommend picking it up because it’s so incredibly engrossing.

Karen’s aging mother has finally passed away from cancer, so Karen returns home to Nova Scotia to take over the care of her developmentally-disabled sister Kelli and get her settled into a home as a long-term solution. However, not realizing how difficult the day-to-day care of Kelli is and overwhelmed by grief, Karen struggles to keep up with her new responsibilities, taking refuge in the pushy offers for help by one of Kelli’s support workers, Trevor. Knowing that Trevor is crossing a professional line by helping with duties outside of his job description, Karen reluctantly receives this additional assistance, and Trevor is so convincing that Karen begins to see him as a family friend rather than an employee. Isolated in a new town with only one long-lost childhood friend to rely on, Karen’s guilt over moving away years ago motivates her to change her mind and move back to Nova Scotia to manage Kelli’s care personally, yet some bizarre occurrences in Kelli’s day-to-day routine throw everyone off balance. Karen wants desperately to be the mother and sister she wished she was when her mother was still alive, and Trevor just wants to be a part of the family, seemingly at any cost.

Coady is masterful at building tension. As you read the increasingly awkward encounters between Karen and Trevor, the suspicion around his true motives grow. Then, his bursts of anger come short and quick, stunning both the characters and readers alike. Instead of sitting in that terrible moment Coady switches gears, pausing with a chapter break and beginning anew with Karen’s continuous recollections of her childhood, a common theme and topic throughout the book. This avoidance mirrors the denial that Karen moves through, a coping mechanism she relied upon when growing up, escaping her mother and sister as early as possible. Once she is forced to come home and attend to her new responsibilities (her mother’s last wish), she can no longer avoid the guilt of her annoyance at Kelli and the burden that caring for her can be. Their mother doted on Kelli as the girls grew up (mainly because she needed so much more attention), and Karen resented her for this, so once she discovers how close her mother was with Trevor before her passing, Karen’s guilt increases tenfold. It’s these unspoken expectations and hurt feelings that so many families operate on, yet a family death brings these emotions to the forefront forcing people to face what they can no longer avoid. Coady exploits this sensitive phase to the fullest, which I found simultaneously painful and thrilling.

Despite being conflicted about my anxiety while reading, I wholeheartedly recommend this book simply because the writing is so propulsive. Some may get frustrated at the lack of action because not a whole lot happens, plus most of the narrative takes place inside the family home. But parents especially know that home is not only where the heart is, it’s where the drama is! Although it seems contradictory, it can be where we are most vulnerable because it’s where we interact with those closest to us. No one is happy if they’re experiencing problems they can’t fix in their own home, and this book is the perfect example of why. The rolling plot is demonstrative of how difficult it can be to function when one thing is slightly ‘off’, and as the situation becomes increasingly worse (not terrible, but not good either), it’s impossible to not inwardly cringe, ready for a blow-up that seems inevitable. I won’t tell you if there is indeed a blow-up, you’ll have to read the book yourself to find that out, but I WILL promise you it’s worth any discomfort you may experience on behalf of these characters and the difficult emotional states they find themselves in.