Book Review: You Don’t Have to Say You Love Me by Sherman Alexie 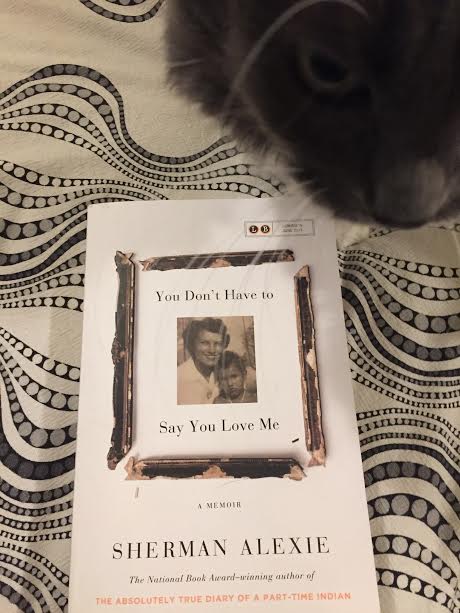 Wowza, this book packs a punch. Sherman Alexie‘s memoir You Don’t Have to Say You Love Me is full of so many things: anger, humour, poetry, confessions, racism, rape, even a brain tumour. It’s hard to believe that one man has experienced such highs and lows in his life, yet even though he freely admits he could be remembering things incorrectly, you don’t doubt for one second that what he is saying is true.

Alexie grew up on a reserve with a mish-mash of family; his older sister died in a trailer fire, his father drank himself to death and Alexie himself was assaulted by various members of his family and family’s friends. Then he became a famous author. But his mother in particular plays the biggest role in his book aside from Alexie himself, she is larger than life to him, even though he had a very fraught relationship with her. She was emotionally and physically abusive to him, but Alexie never seems to ‘get over’ her, crumbling under the grief he experiences when she dies.

‘Raw’ is probably the best word to describe this book. Alexie is filled with rage at many things and people, but he also spends a great deal of time reflecting on how being an Indian in America has shaped his life, and the numerous questions he is suffocated by when it comes to his culture. I really enjoy reading indigenous perspectives because I think it offers a window into a very complicated part of our society that many people don’t bother to understand or listen to, but everything I’ve read until now has been from a Canadian-Aboriginal perspective, so it was incredibly valuable to read a memoir from a Native American. His thoughts and points were very similar to those that I’ve read before, but he was much more blunt in expressing them. In fact, he made things much clearer for me, and I found a few of his quotes summed up the destruction we (as North Americans) have had on our indigenous peoples very succinctly. I apologize for this long quote because I don’t normally do this, but I found it much too important to not repeat:

My family did not escape that mad scientist’s experiment. In my most blasphemous moments, I think of that evil scientist as God.” (p. 340). 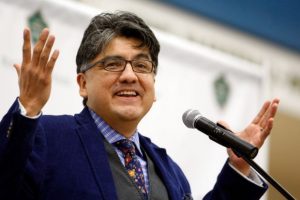 Through this book we also learn that Americans forced their indigenous peoples into what Canadians called residential schools where they were beaten, raped, tortured and forced to abandon their culture and heritage. Why is this fact not talked about more? Why are so many people still so ignorant to this part of our history? I find it so frustrating when other people say “why don’t they just get over it?”, because how can you expect generations of people to just get over decades of horrific treatment like this? It drives me crazy when people are so flippant about this stain on North America’s history, I could write rants for days if given the opportunity. Luckily people like Sherman Alexie exist, who are much more eloquent (and entertaining!) when talking about this issue. Despite the deplorable things Alexie had to endure growing up, he still retains a wonderful sense of humour which shines throughout this book.

I do have one complaint about this memoir, and it’s one that really irritated me. For some reason, Alexie keeps mentioning certain facts over and over again like it’s the first time he’s written them, but really, it’s been included throughout the book. For example, he says over 5 times that his sister died in a trailer fire, like it’s new information to us. He doesn’t just reference it, he states it as a fact, in it’s own sentence. I find this so frustrating because it feels like we’re reading a collection of essays that wasn’t edited properly. I can only assume this repetition was done on purpose for artistic reasons, but I really hated it. Other than that, this book is amazing and highly recommended.