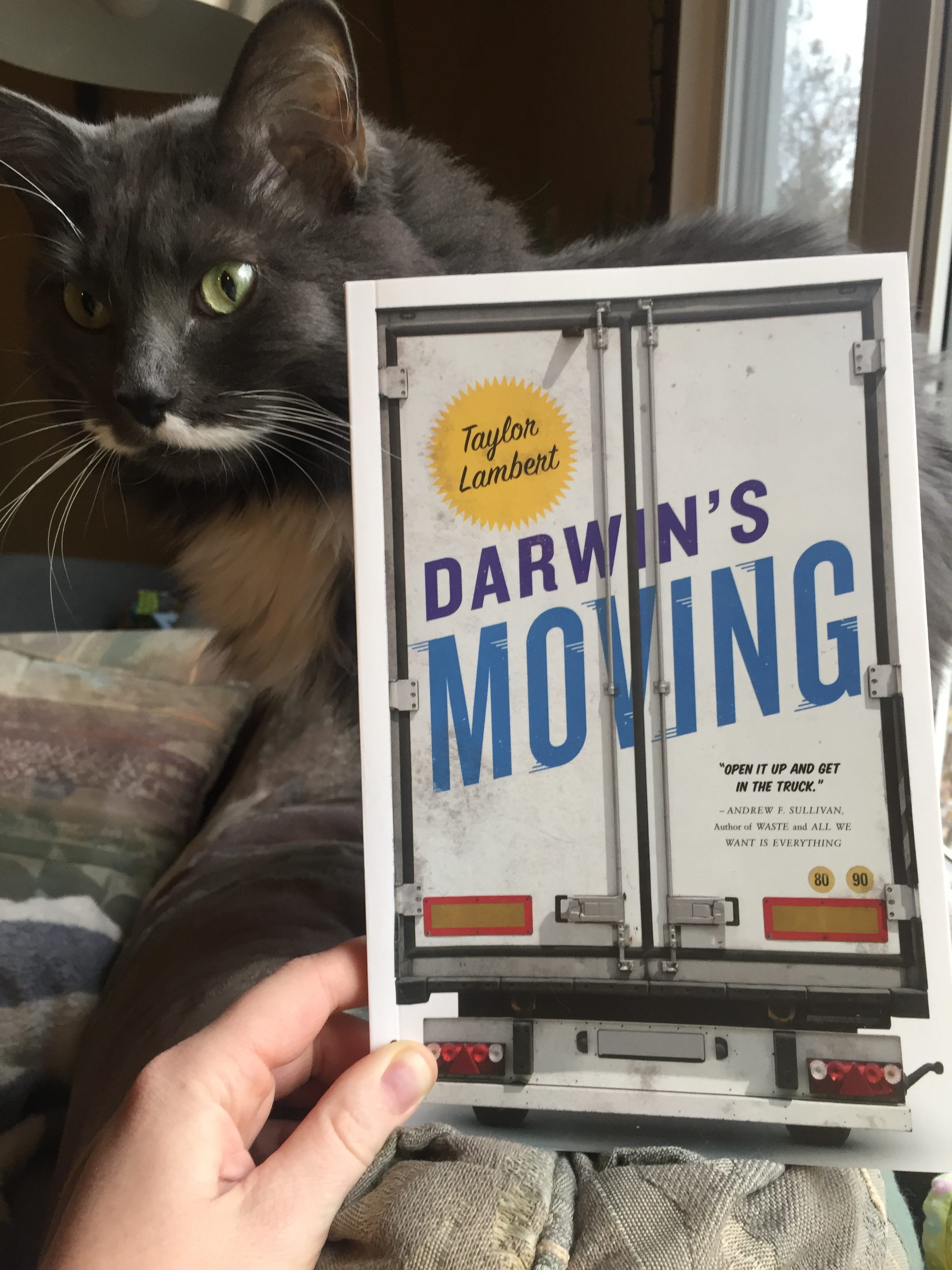 I had requested a few books from NeWest Press awhile ago, so I had Darwin’s Moving by Taylor Lambert on my shelf for at least a few weeks, if not months. Then, at my most recent Wordfest event, I came across someone who looked vaguely familiar to me, although I wasn’t sure why. After introducing myself, I realized it was from an author photo that I recognized this person-Taylor Lambert had written a book that was currently sitting on my shelf, among 60-ish others that I was supposed to be writing a review for. “Shit”, I thought, “I better read this one now that I’ve met the guy, plus NeWest is probably wondering where the hell these reviews are”. I have enormous guilt about all the books waiting on my shelf, mainly because 95% of them have been given to me in exchange for an honest review, so I’m constantly letting people down, whether it be a local author who made sure I got a copy of their book, to a major publisher who keeps my shelves well-stocked on a year-round basis. Life is tough as a book blogger, I know.

Anywho, I picked up the slim volume of Darwin’s Moving, having no idea what it was about. I quickly discovered it is a non-fiction account of the author’s time working as an actual mover for Darwin’s Moving, a real moving company in Calgary. This book has made its way into my hands at at the most opportune time actually, because I’m moving homes in a few weeks and had just finished hiring our moving company (not Darwin’s, someone else). So, reading a book about a moving company is PARTICULARLY interesting to me right now.

Lambert offers us a somewhat disjointed narrative, he bounces between stories of specific moving days, an explanation of how he became a part-time mover, and a focus on three main people in the company: Darwin the owner, and Keith, and Jesse two of his movers. Both Jesse and Keith have been in jail, hurt people, and been addicted to illegal drugs and alcohol, unfortunately they both still struggle with these demons, so they aren’t the most reliable movers, although they are both customer favourites, giving 110% when they do show up for work. Darwin is a hard-working, kind-hearted boss who believes in second and third chances.

Is this beginning to sound a bit strange to you? A book laying bare the difficulties of an actual company that currently conducts business? I’m personally shocked that Darwin allowed this book to bear his company’s name and be published in the first place BUT Lambert is quick to point out that the movers at Darwin’s are no different that most movers in the industry-many have criminal records and struggle with addictions. In fact, Lambert is clearly smitten with Darwin and all his co-workers, he cares about them a great deal and uses their stories to demonstrate a class divide so rarely acknowledged in our city. Guys who are on and off the streets are usually discussed as a topic, rather than human beings. Here, Lambert has truly shown us the humanity behind these (often) scary but misjudged figures. 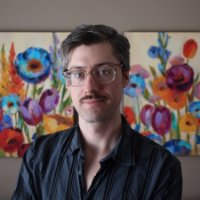 A perfect example of the dichotomy that these men embody is near the beginning of the book; Keith is sitting down with some clients after a big move, and he notices that one of their children runs away with a pair of scissors so he quietly yet urgently alerts the parents to ensure no one gets hurt. But we also learn that Keith has beaten men to a bloody pulp in a drug-induced stupor, so is he a monster? It’s difficult to blame him for his actions, as horrible as they are, when we learn what he experienced as a child. Many would crumble under the stresses he has endured.

So there you have it; I question the business decisions behind publishing a book that will scare off potential customers, but I urge everyone to read this nonetheless. This is an important story that every Calgarian (and beyond!) should read because veryone deserves to have their story told, especially those in Darwin’s Moving.