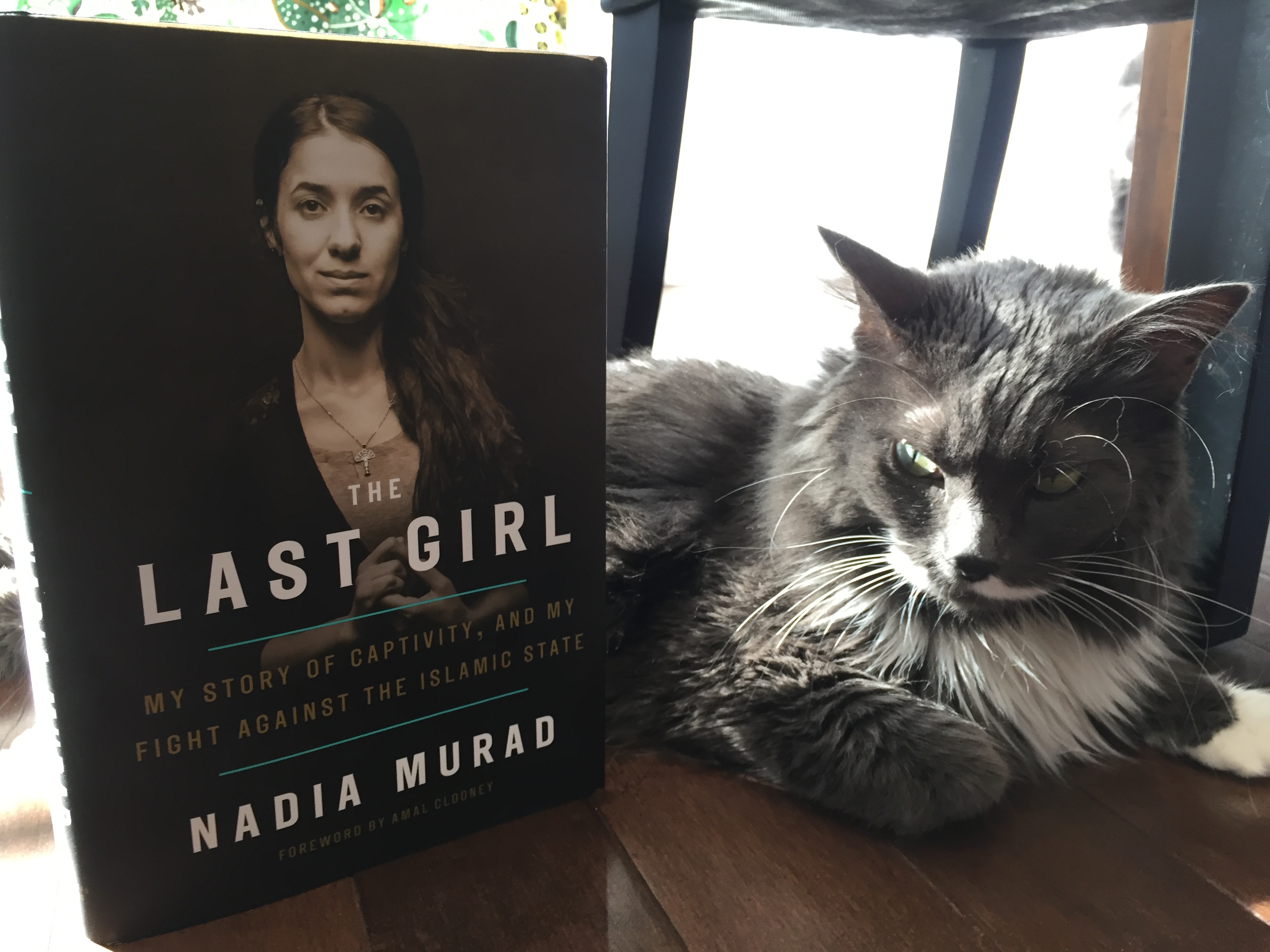 I’ve been reading more non-fiction lately…not for any particular reason other than publishers just seem to be churning out more these days so I’m receiving more for review. Although I read far more fiction than non-fiction, I find real-life stories stick with me for longer, probably because the people are real and truly endured what they are writing about. It will come as no surprise to those familiar with her story that The Last Girl by Nadia Murad is one of those books-it still crosses my mind a couple times per day, even though it’s been weeks since I finished reading it.

Murad brings us a story of genocide; she is a member of the Yazidi religion, which is a small group under attack by ISIS in the middle east. In the course of one day her family was rounded up, the men put in front of a firing line and the women shipped off on buses to be sold into the ISIS sex slave trade. Through sheer bravery and willpower, Murad escapes after weeks of brutalization, and has since devoted her time to raising awareness of this often ignored and ongoing atrocity. There’s a documentary being released about her fight, the trailer is below.

I expected to read more about her life after she escaped her captors, but the book spends a great deal of time describing her life before she was abducted. Although meant as an honest but positive portrayal of life before war, as a westerner I found some of her stories upsetting. For instance, polygamy is something that does happen within the Yazidi religion (not often, but it’s not unheard of either). Murad’s life was by no means easy, her family struggled with poverty, and her descriptions of what women in particular endure on a regular basis was eye-opening, to say the least. Women were expected to do the majority of the domestic work themselves, and even if they were pregnant, they were also expected to help in the fields as many families made their living through farm work. Being pregnant and struggling to wash dishes at the sink makes me feel as though I’m doing something heroic these days, but a quick reminder of what other women do day in and day out with much less creature comforts at their disposable quickly puts an end to any self-pity I may have been harbouring! 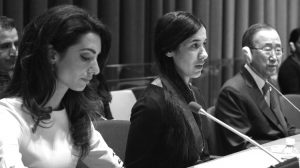 Nadia Murad is represented by human rights lawyer Amal Clooney, a big name to have in your corner!

Experiencing what Nadia went through via her own words is at times horrific, this memoir is not for the faint of heart. But instead of feeling pity for her, what you will gain from reading this is a sense of awe at her strength, and the other women she meets in her journey. The way she tells her story is incredibly realistic; she accomplishes impressive things over the course of the book, but she doesn’t hesitate to show us how afraid she is. One such line that demonstrates this is when she escapes from her latest prison (she had many men purchase her over a few weeks time) and simply begins walking through the night, looking for a safe place to hide:

“My entire life, I’ve been scared of the night. I was lucky to be poor: it meant that I slept in the same room as my sisters and nieces or on the rooftop surrounded by my family” (p. 206).

So often, we only see women like this in the role of victim, but Murad takes her difficult circumstances and turns them into a source of bravery. Simply having the courage to fight for her life is what struck me the most, as many women in her position committed suicide, knowing their situation was most likely going to end in years of torture and rape. Unfortunately, many women like her are still held in captivity, which is why Murad’s work is so important.

Awareness seems to be the most important thing to Murad at this point so I invite you to visit her website and take a look at what she’s fighting for and against. A renewed sense of gratitude for your own life and circumstances is the just the beginning of what you will receive for reading her story.