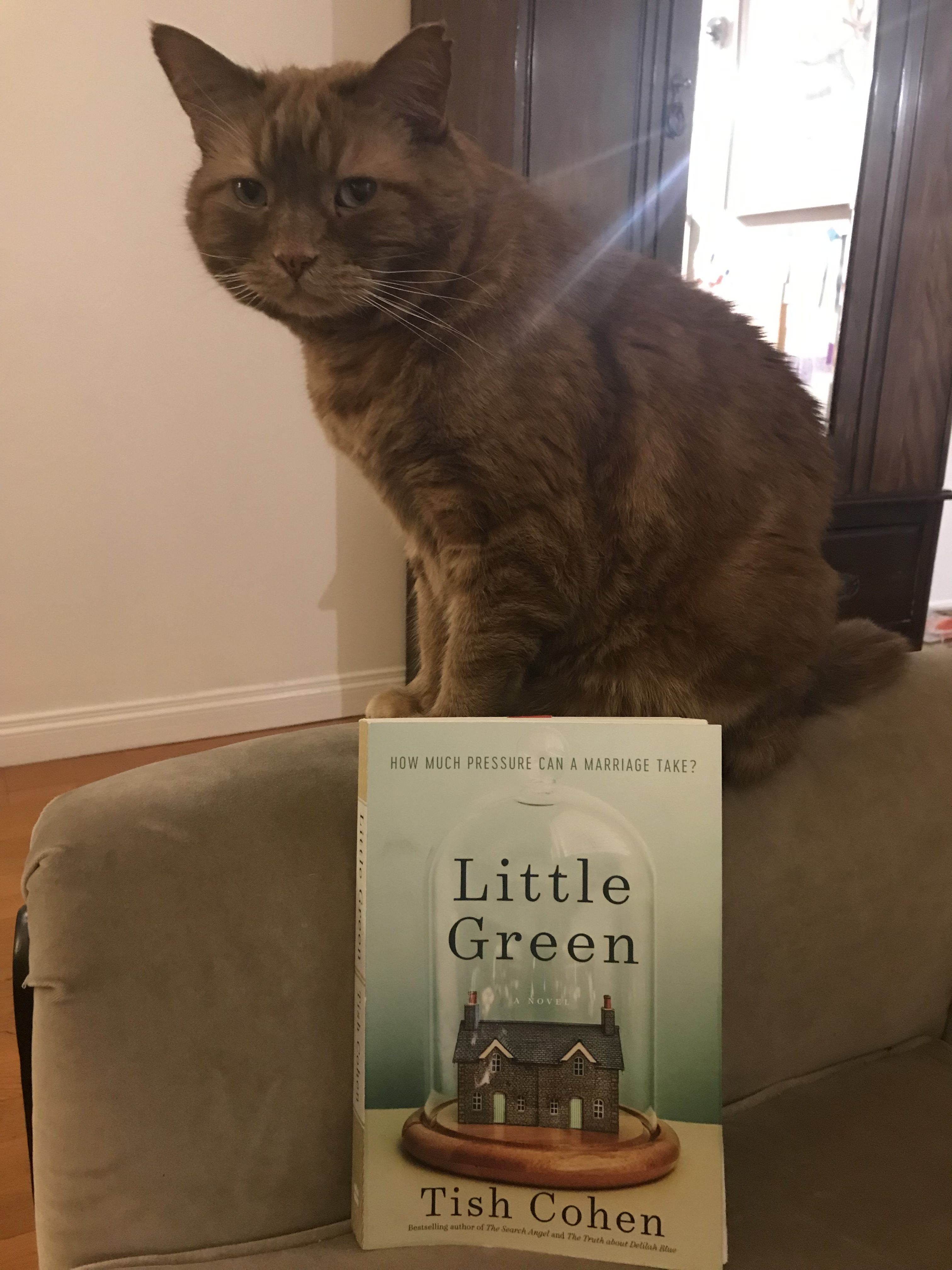 I think I’m alone in the negative opinion I have of the book Little Green by Tish Cohen. Through a quick google search of other reviews of it, most people really enjoyed it. And it’s not that I hated it, not at all, but the marriage at the heart of the novel didn’t ring true for me and I disliked most of the characters so I don’t think I can recommend it to my followers. That being said, I’ll lay out my reasoning below and you can make your own decision.

Matt and Elise are from different backgrounds; Matt’s family is wealthy, and Elise’s family is not. They marr because they are deeply in love, regardless of their families’ opinions. Elise is an elite dressage athlete who shows horses (that’s probably not the correct way to describe the sport, but it doesn’t really matter in the scheme of the book) and she’s got a shot at the next olympics, but her career takes her far away from her husband and daughter Grace for months at a time, so Matt is basically the only caregiver the majority of the time. Adding even more stress to their marriage is their financial situation; Elise’s training and equipment is enormously expensive, so they are forced to sell Matt’s family’s cabin in Lake Placid to keep afloat. So we begin the story with tension already building within the marriage, and then Gracie disappears while they’re in Lake Placid trying to sell the cabin; that’s when things start to really fall apart.

The plotting wa well done, in fact, I skipped to the last few pages just so I could see what happened which I LITERALLY NEVER DO when I read books because it’s cheating, but I was dying to know how it ended. Obviously I won’t talk about that here in case you want to read the book, but the plotting is where my compliments are going to end. I hated Elise and Matt with the fire of a thousand burning suns, so in the end, Gracie was the only person I really cared about, and because she disappears halfway through, we don’t get much time with her. Matt is completely tone deaf; yes he’s a good parent, but that’s his only positive quality. He’s completely naive, and I didn’t feel sorry for him at all when he has to sell the damn cabin. I felt it’s a bit tone deaf to frame this sale as such a tragedy, I don’t think I could think of a more obvious first world problem. “Oh no, you have to sell your lakeside property”, boo hoo. And Matt’s naive insistence that he’s a local because his family has had a cabin in the town for so long is pathetic, but let’s move on.

Elise is just annoying. She’s selfish in many ways, but she too is naive, and her character is the most unrealistic. She and Matt have been struggling for years, and then she brings up the fact that she has to leave her family for even longer periods of time, stalling Matt’s career almost completely, and he has nothing to say about it? And she accepts his fake enthusiasm and believes it to be true? Come on, they’ve been together for over a decade, every married couple knows by that time you’ve dropped the pretenses and feel comfortable enough to just say how you feel. The lack of communication between these two is astounding, and quite frankly, I thought that if the book was to have a happy ending, it would involve them getting a divorce first and foremost.

I don’t want to sound as judgey as this post is turning out to be, but I just can’t help myself. The tagline on the front cover says “how much pressure can a marriage take?” so it signals to me that the most important aspect to this book is the marriage itself. But how can I care about the marriage if it seems like the most unrealistic thing about the story? Now before I come off as a completely awful person, I will say that this is the first book of Tish Cohen’s that I’ve read, and I have heard wonderful things about her, so I will give her other books a try. This hasn’t put me off her writing completely, but I’m disappointed in her latest, Little Green.