Book Review: The Stranger on the Ice by Bernadette Calonego 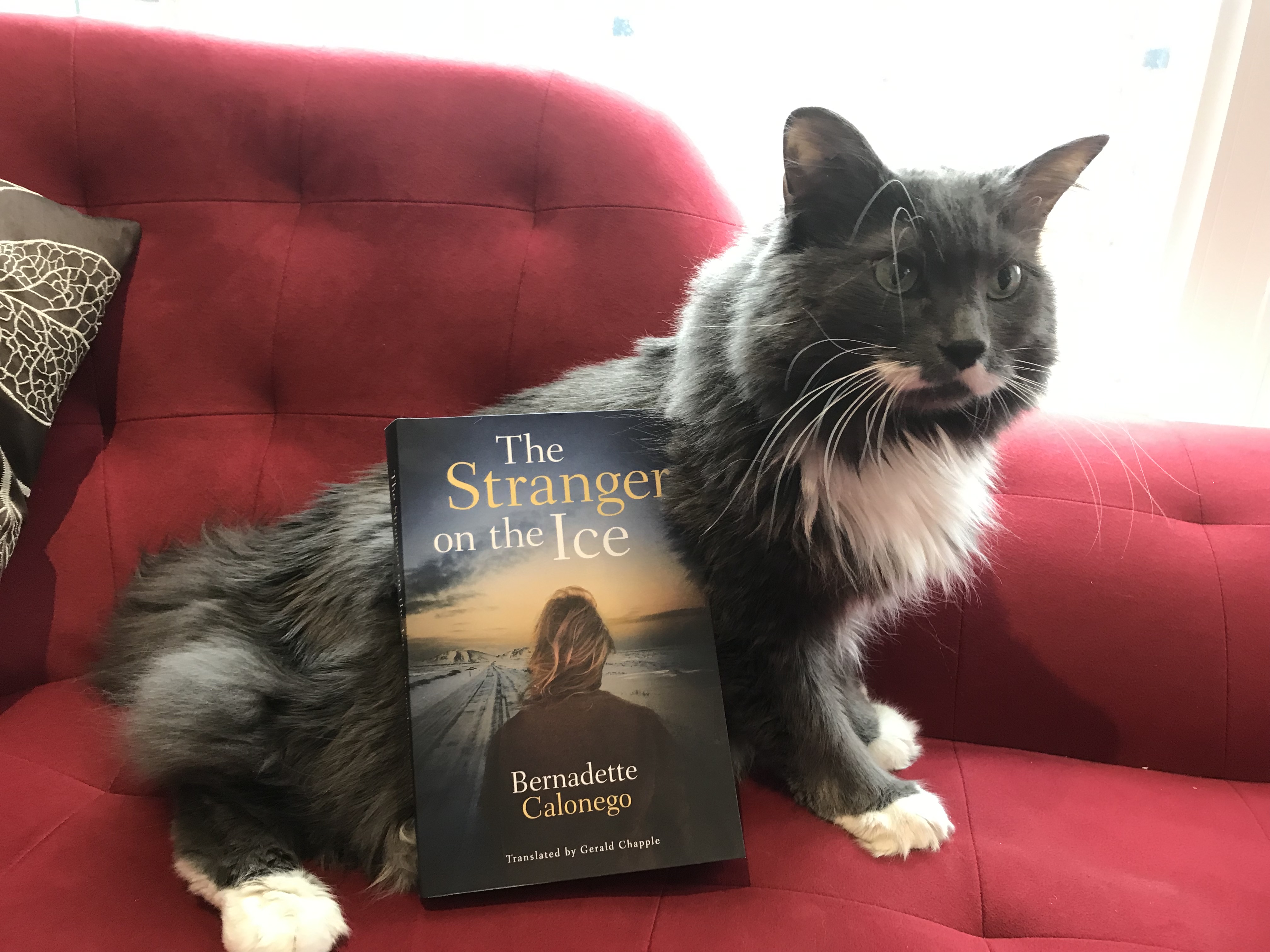 This is the first book I’ve ever read that has been published by Amazon Crossing. After a bit of googling I’ve discovered that Amazon Crossing is the translation arm of Amazon Publishing, so it’s not self-publishing, but you can propose a book to be translated on their website. Regardless, I was fairly happy with The Stranger on the Ice by Bernadette Calonego which was translated from the German by Gerald Chapple, and interestingly enough, it takes place in Canada, and Calonego actually lives in Canada (but was born in Switzerland) so it didn’t really feel like a translation at all!

I remember choosing this out of a catalogue to review because the setting sounded so exotic. It takes place in the Canadian Arctic, and the ‘Ice Road’ in particular plays a big part in the plotline-it’s where the first body is found. The Ice Road in the Northwest Territories used to open a few months a year as it was made completely of ice, but it has now closed and been replaced with an all-season road (not as cool, but much more practical!).

Our protagonist is Valerie, a young woman who leads tours of adventurous people up to the Arctic for a few weeks at a time, but the discovery of this body has made her trip (a bit) more dangerous than usual. In addition to this, Valerie has a long-kept secret; her father was a famous hockey player, and her mother died in a strange accident up in the Arctic decades before when they were together. Although she’s always wanted to know what happened she’s never been able to find out the truth until this most recent trip where more than one dead body shows up. Oh, and there’s a love story, but it’s not really important to the understanding of the book and it doesn’t play a huge role anyway.

The various mysteries of this book were interesting and well conceived; a few people die and we’re not sure why, or who really had a motive to do it. Aside from other strange occurrences, there’s a the question as to whether there is a mythical power at play, as the beliefs of the local Inuvialuit population incorporate Shamanism and their power to predict or influence events. In fact, one of the best parts of this book are the myths and stories that we readers get to hear about this from special part of Canada (obviously I’m a bit biased being Canadian myself, but I still think people will find this interesting).

There are a few things I didn’t like about the book; firstly the pacing of it lagged towards the middle. With the introduction of so many red herrings and sub-plots it felt like we were losing momentum that built so easily in the first part of the story, so you really needed to focus on the characters and their various motives to get you through some pages.

Secondly, the dialogue was a bit stilted at times. This can happen in a translation, and Chapple did do a really good job at making it flow in most parts, but there was some inner dialogue that felt clunky, for example:

“She peered into his exhausted face and thought: I really like him very much” (p. 221).

Of course the regular reader may stop for an extra second or two after reading that sentence and think it’s a bit odd but keep moving along, whereas a reviewer like myself feels it necessary to point it out, simply for the sake of doing my job properly. Should this prevent you from picking up the book in the first place? Of course not. However, be aware that these issues exist before you pick it up, that way you can focus on the beautiful descriptions of life in the Arctic from Calonego’s point of view.