Book Review: The Spy and the Traitor by Ben MacIntyre 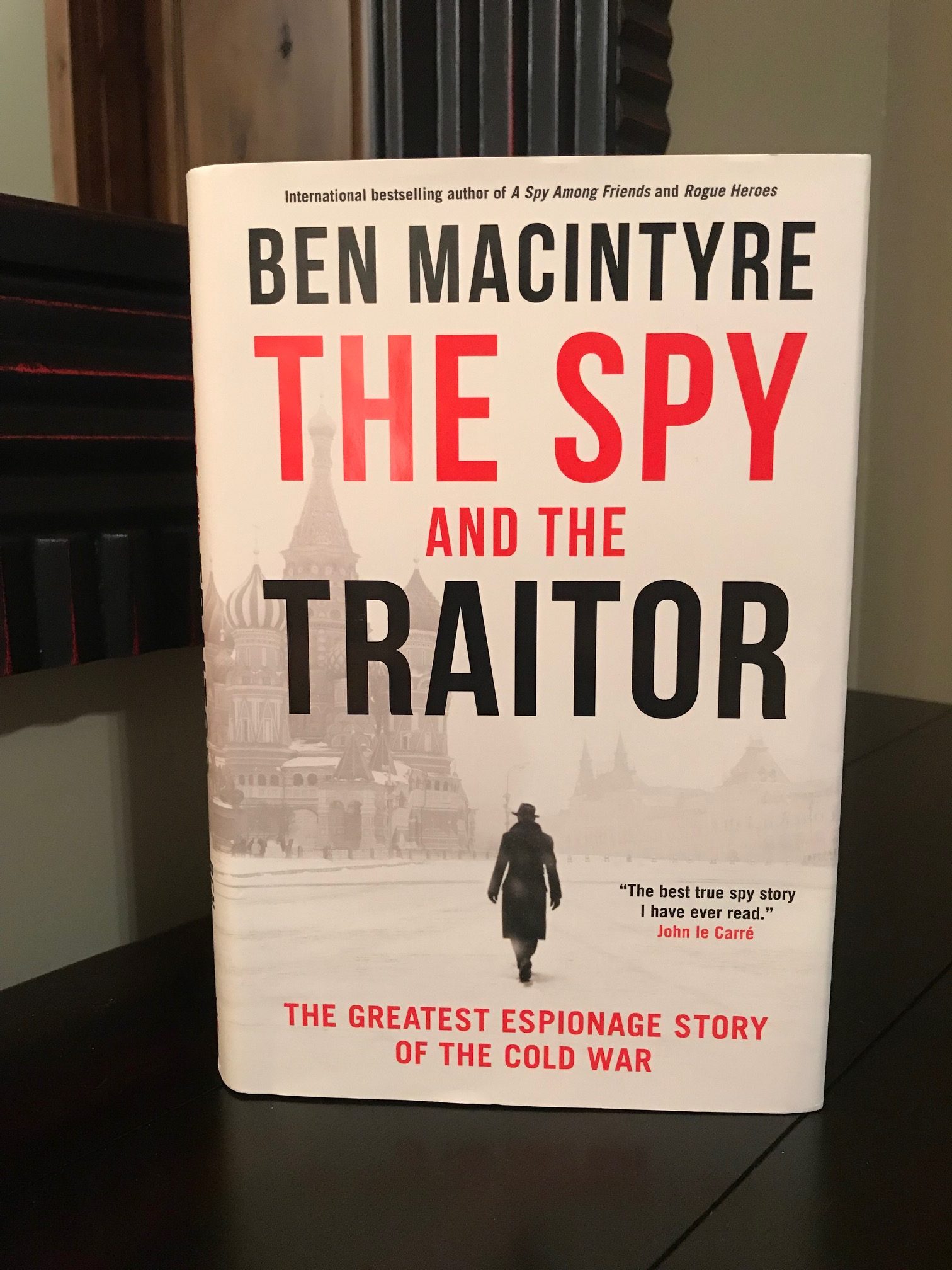 So when I first received this book in the mail I thought: ‘great my 96-year-old Grandpa will love this one!’. But when I noticed a few other books arrived on my shelf that dealt with spies and espionage, I thought I’d give this one a whirl to see how it stacked up to the rest of them. Wow, I am so excited I took a chance on this; The Spy and the Traitor by Ben MacIntyre is a suspenseful, well-researched and absorbing read.

There’s a few reasons why I didn’t think this book was for me; first it was super long, a non-fiction book over 300 pages with tiny print (this alone is a reason for me not to pick up a book). Secondly, it was about Russia, the cold war, and politics of that time; again, all things I’m not too knowledgeable about, and not desperate to increase my knowledge on either. But once I got through the first 50 pages, and became accustomed to the enormous amount of facts coming my way (and not worrying too much about it) I became completely enthralled with this story. It’s about the famous spy Oleg Gordievsky who grew up in Russia, then became a member of the KGB (Russia’s intelligence agency). While stationed in the UK and finding himself disillusioned with communism, he was recruited to be a secret agent by Britain’s intelligence agency MI6 as a way to undermine his homeland. This may be obvious to some, but what he was doing was extremely dangerous because if his actions were uncovered, the KGB would have killed him.

There is so much to enjoy about this book. Fans of spy novels will definitely love it-there’s sufficient information about real-life spy technology, espionage tactics and general ‘intelligence’ advice and descriptions that makes it feels like a real-life Bond story. The fact that it’s all true is even more intriguing, and lends an air of suspense that wouldn’t normally be there if it was fiction.

There’s a significant amount of full-colour photos included too so you can easily picture the people playing a starring role in the drama, and MacIntyre does a wonderful job of bringing them to life on the page. He includes details that a historian may normally avoid, but a novelist would use to his full advantage, like the fact that one woman in particular has expensive tastes, shopping at Neiman Marcus even though her husband can’t afford it! The facts are laid out in a fairly easy-to-follow manner, but when creative descriptions are called for, MacIntyre doesn’t disappoint there either. For example:

“His marriage was collapsing in a slow and unspectacular slither” (p. 123).

Not surprisingly, life in the intelligence industry is difficult on personal relationships, no matter what country you’re working for.

Because it’s real life, things don’t always go to plan, and some of the baddies don’t get what’s coming to them, but Oleg does succeed (as much as possible) in the end, passing along thousands of soviet secrets and having an enormous impact on the events of his time. What’s even more impressive is the lasting effect his sacrifice and bravery has had on the way our politics look today, but you’ll have to read the book to understand the full impact of his work….