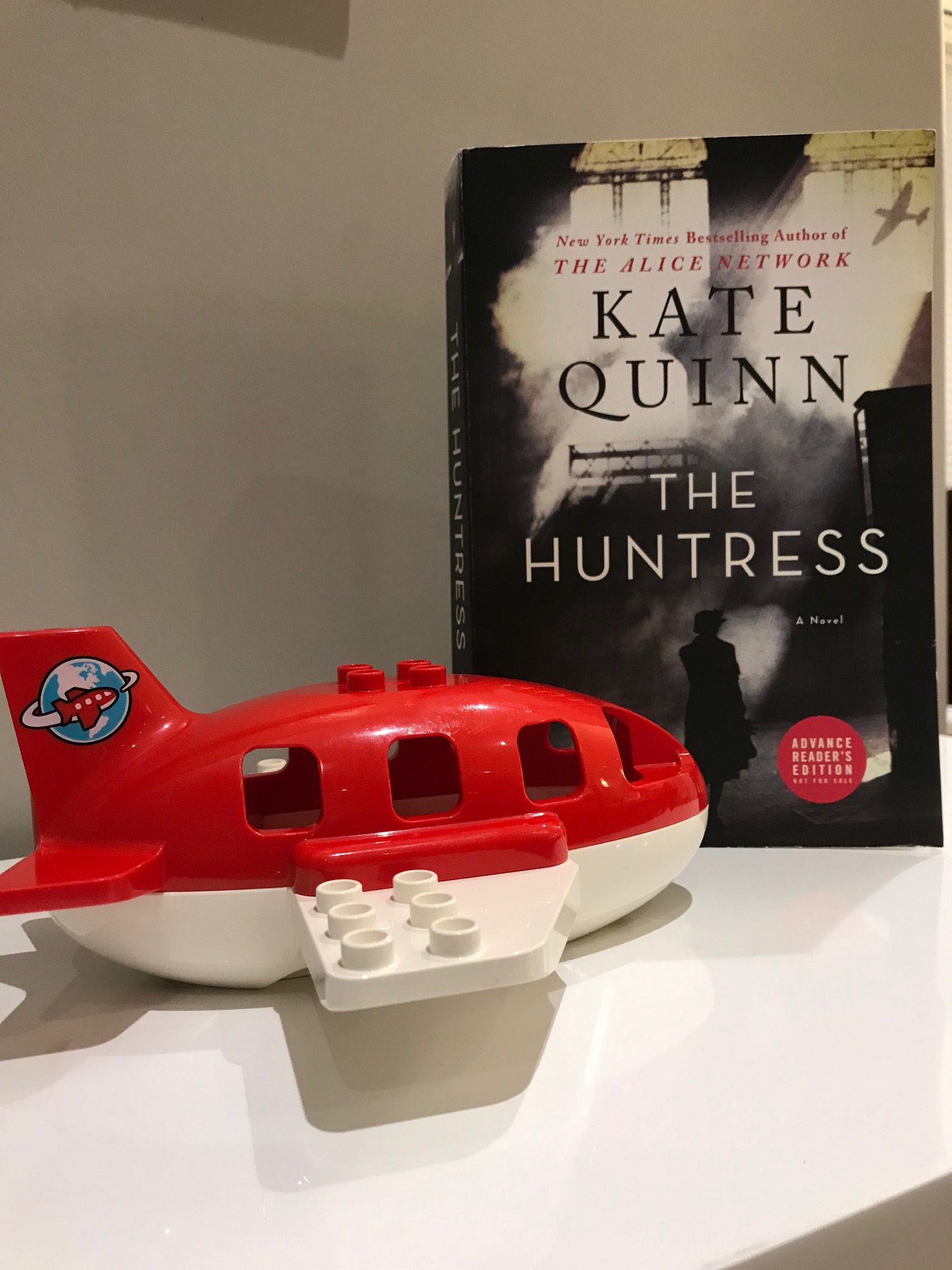 Has anyone else noticed the spate of ‘women in war‘ books lately? Not that I’m complaining, but when you read a few novels that are all very similar in topic, you tend to judge them a little more harshly without intending to. I wasn’t ‘wowed’ by The Huntress by Kate Quinn, but I definitely enjoyed it, and would easily recommend it to others if they’re looking for a plot-driven novel to push them through a reading slump.

It’s the end of WWII and everyone is picking up the pieces of their lives. Ian Graham and his sidekick Tony have made it their personal mission to track down war criminals and bring them to justice, even when it seems the rest of the world is losing interest. Nina is a decorated soviet pilot who flew with the ‘night witches’, a famous brigade of young Russian women who were experts at bombing the Germans in the cover of night, and she’s now desperate to hunt down the one person who escaped her wrath. Jordan is a young woman living with her father’s second wife in Boston, suspicious that her stepmother is hiding some dark secrets about her past. Each character’s life becomes intertwined as they either escape or chase their life-changing war experiences. I don’t want to give away much more of the plot because even at the beginning of the book we enjoy a few twists and cliffhangers to hook us into the story.

A few months ago I read Transcription by Kate Atkinson which featured a mouthy character I fell in love with. Perhaps because I read this book so close to that one, I found the characterization lacking in The Huntress. Despite this, Nina was my favourite because she was so tough-she grew up in Siberia, fearing very little, enduring the harshest conditions one can imagine. But we alternate between 3 and 4 different stories throughout the novel, so we don’t spend much time getting to know any character thoroughly. The Huntress herself is the scariest, but we don’t get her first person perspective at all, so she remains removed from the reader in an unnerving way.

The ease in which the author leads us into each separate plot, then slowly ties them all together is where the fun lies in this book. As we learn more about each character’s circumstances we begin to form theories in our mind of what will come next, but what’s unique is that it doesn’t take place in a completely linear fashion, so things are happening in the future and in the past, all at various times. This may sound confusing but I can assure you it isn’t-Quinn ensures the setting and time period is clear within each storyline to avoid unnecessary confusion (although she does trick us in some instances to deepen the suspense, so it doesn’t feel like lazy writing).

This is one of these books that my opinion will most likely fluctuate on; sometimes I think back to the story and get a chill, remembering the scary stories of the Huntress or the icy exterior of Nina, but if I spend too much time picking it apart, I’m worried it may lose some of its lustre.