Book Review: Fleishman Is In Trouble by Taffy Brodesser-Akner 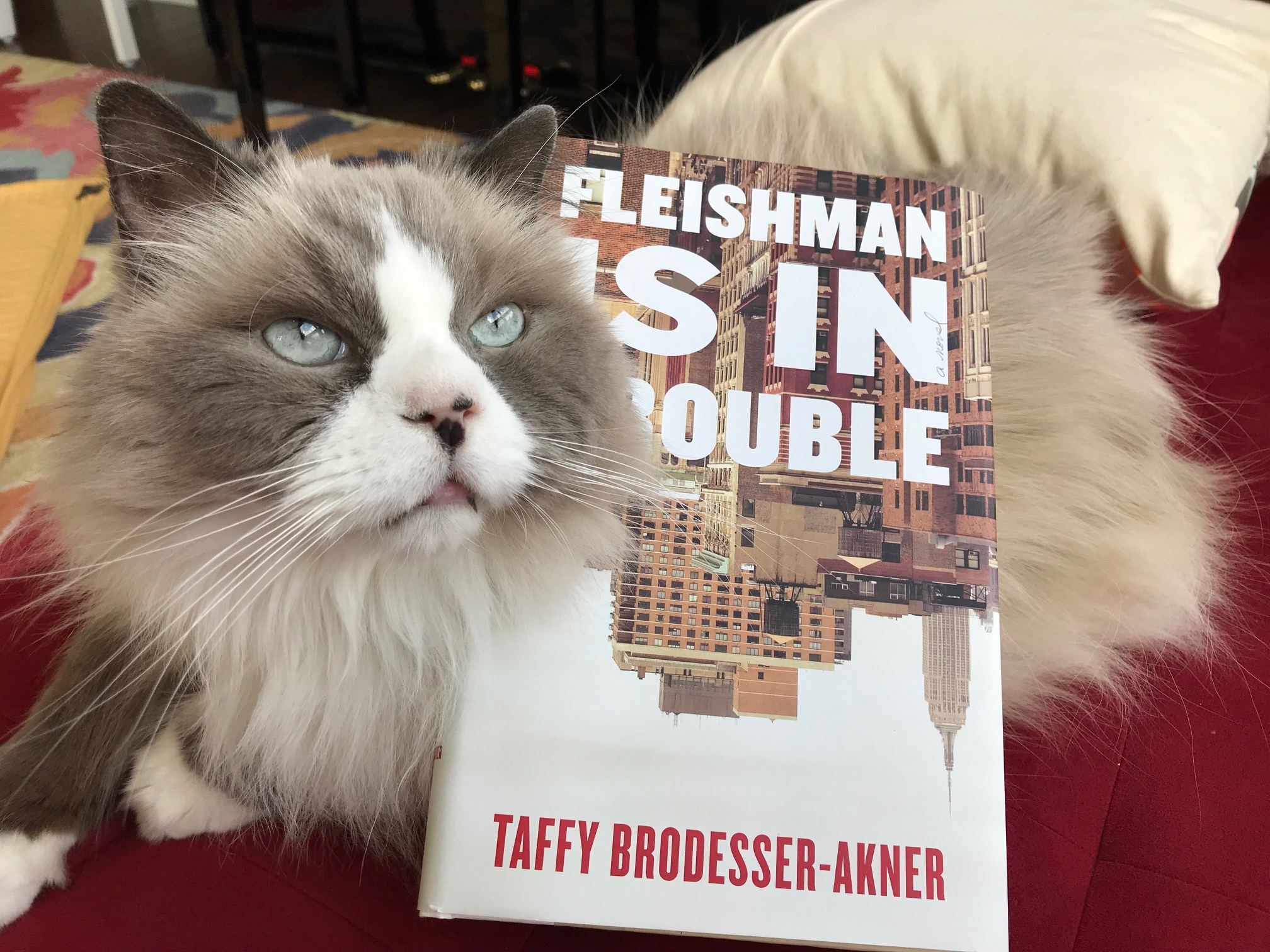 Awhile ago, I reviewed two books with very similar topics; wealthy families living in New York, marriage, the struggle to balance your life with kids, etc. Although I enjoyed those books, I’ve just discovered a much more nuanced, well-written version of those, and it has got me so excited I’m looking for excuses to bring it up at parties (yes, I’m one of those people). Fleishman is in Trouble by Taffy Brodesser-Akner is sharp, consistent and eye-opening. It has got the best kind of twist about three quarters of the way through, and it has gotten extremely positive reviews from almost every publication that’s written about it. Sometimes I’m reluctant to jump on a bandwagon of publicity, but I’m practically driving this one now!

We meet Toby Fleishman at a complicated time in his life; he’s finalizing his divorce from his ultra-successful wife Rachel, he’s gunning for a promotion at work (he’s a doctor, but only makes $300,000/year, which is not very much compared to his friends…yes, I know how ridiculous this sounds) and he’s just discovered numerous women in New York are desperate to have sex with him now that he’s newly single with a full head of hair. He knows this because he of the dating apps he’s just downloaded on his phone, which he is now addicted to. To make matters even more complicated, Rachel has disappeared after dropping the kids off and Toby can’t reach her. Although we are subject to Toby’s inner thoughts, the book is actually told through a third person: Libby, Toby’s old friend and suburban Mom who now lives in New Jersey and has stopped working to stay at home with the kids.

This book will defy your expectations; you will begin reading it and assume you know what it’s going to be about, assigning your own friends to characters in the book (we all know a Toby, we all know a Rachel, I may perhaps be a bit of a Libby). But as a bookish colleague pointed out to me, this novel is actually about empathy, and that won’t become clear until the very end.

I was truly horrified by some of the behaviours in the book, including but not limited to the amount of dirty messages Toby receives online-is this really what dating in the digital age is like? I saw Taffy speak in person, and she assured us it was, in fact, speaking to her recently divorced male friends is what gave her the inspiration to write the book in the first place. I cringed when I read these parts, all the while thankful this isn’t my own immediate reality.

Side note: I’m currently at that age where a few of my friends are just starting to get divorced so they are experiencing dating apps for the first time. I met my husband before apps was ever a thing, so I’ve been largely sheltered from this new world. From what I gather, it’s fun at first, but then quickly leads you down a dark hole where you begin to question everything around you.

Anyway selfishness comes across as a major theme in this story, whether or not we are being selfish, misunderstanding other people’s actions as selfishness, and how much of ourselves we should give to others. Gender roles are another major touchpoint; how far we’ve come, how far we have to go, how little we’ve actually changed in the grand scheme of things.

As you can tell there is just SO MUCH HERE. It’s the perfect book club book, which is why we’re discussing it on July 17 for the We’ve Read This book club. If you’re interested, let me know in the comments section whether you’d like a list of my book club discussion questions, I can pass along a copy to you following my event next week which is sure to be dynamite-so if you’re a Calgarian please join us!