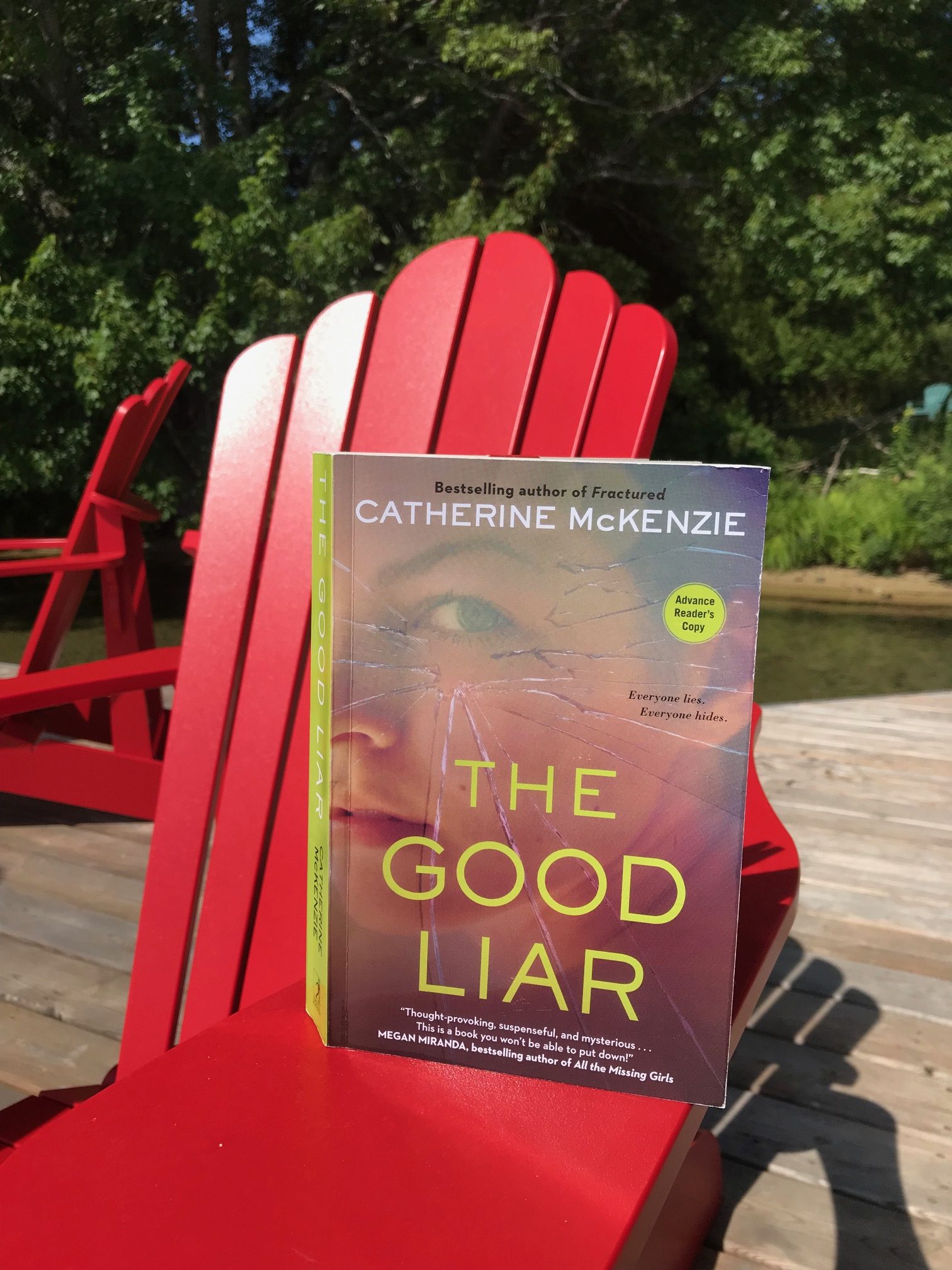 I’ve made it pretty clear that I’m getting sick and tired of the unreliable female narrator trope in thrillers these days. This cliché is so overused that I can feel my temper rising as I make my way through a novel that uses this technique to generate cheap twists. Thankfully, I am so happy to announce that The Good Liar by Catherine McKenzie does not rely on this lazy form of writing, in fact, I think McKenzie is so aware that readers are fed up with this by now that she plays with our suspicions, making out one character to be unreliable, when clearly she is not. The fun is figuring out who to trust in this book, but even if you guess correctly, you still won’t be able to predict the ending.

Cecily is a widow with some secrets. Her husband died in a tragic explosion of an office building, along with her best friend Kaitlyn and 500 other people. Cecily was physically close to the disaster as it erupted, and a photographer caught a haunting image of her just after the fire, which became the ‘poster’ of that day, turning her into a reluctant celebrity. Now, trying to move past that difficult day and help other people who are still struggling from the fallout, she’s agreed to be part of a documentary that’s retelling the stories of three affected families. We also meet Kate, a woman who has faked her own death and run away from her life as a suburban mother and wife, desperate to forget what she’s left behind but racked by guilt over these decisions. As the plot thickens and small details are revealed to us by Cecily, Kate, and the supporting characters, the reader is forced to pick allegiances as they piece together who is lying to others, or simply lying to themselves.

What I appreciated most about this book is that there are no dramatic deaths (other than the disaster we’re made aware of at the beginning) that ‘up’ the shock factor in an effort to keep us reading. Subtle missteps and secrets in a relationship are just as fascinating to read about, and we don’t always need a gruesome or unexplained murder to keep us interested. McKenzie skips over the cheap thrills to tell a story about how we interact with one another instead, digging into the ‘why’ of our cruel acts, rather than the ‘what’ and ‘where’. Guilt and self-perception is another strong thread throughout the narrative, and because the story is with a heavy female perspective (men don’t make a great impression in this book, in general), it’s something I could really relate to. Although I’ve only been on this planet for 34ish years, I’ve noticed that guilt is something women tend to feel more keenly then men-it permeates our everyday life in a way the opposite gender doesn’t seem to notice. I worry about what other people think regularly (don’t we all?) but my husband is able to shrug this social anxiety off quite easily. The Good Liar is a complicated look at why women do the things we do, and what motivates our sometimes unexplainable actions.

Exploring many of the same themes, and released only a short while later is McKenzie’s next book I’ll Never Tell. This book takes place at a summer camp in Quebec, and we follow the MacAllister siblings as they return to this camp as adults, fulfilling their parents’ final wishes after their death. Margaux, Ryan, Mary, and the two twins Kate and Liddie grew up at this summer camp, fitting right in with the campers even though it was their parents who ran the camp. One summer a tragic accident occurs to one of the campers, and even though each sibling is cleared of any wrong-doing, suspicion still lingers amongst them. Over the course of a Labour Day weekend (which also happened to be the same time I read this book), a reckoning occurs where everyone’s secrets are laid to bare.

Now that I’ve read both of her most recent works, I think it’s safe to call McKenzie a suspense writer, and this is an important distinction. With the oversaturation of psychological thrillers in our current book market, it’s so nice to come across writing that doesn’t use a brutal or violent murder to make our pulses race. Like the book above, this plot uses secrets (and not just delayed explanations) to create the suspense, and even though each character is somewhat unlikable, we are still desperate to understand the motivation behind everyone’s actions, especially as each person has a darker side to reveal.

Something I really liked about this book, which made it stand out from any other mystery I’ve read lately, was this little chart at the end of each chapter that outlined where people were for the times leading up to, during, and after the accident, updated at the end of each chapter with new clues . The chart itself is used by the characters to help determine ‘who dunnit’, but it also felt like an interactive element inviting the reader to get directly involved in the plot. This chart is cleverly used to manipulate our assumptions about each character, but it gives us that ‘fair play’ hope of discovering who the culprit is before anyone else does. Having this special clue that only the reader reviews on a regular basis gave me a wonderful nostalgic feeling for the times I’ve participated in those ‘murder mystery dinners’ as a kid with friends. Or was it just my group of friends that did this for fun?

So there you have it, two suspense-filled books by one underrated Canadian writer who I hope to read more from in the future. In the meantime, don’t fret if you’re sick of the same old thriller plotlines, these books are a great example of making a good thing better.