Book Review: On Time and Water by Andri Snaer Magnason 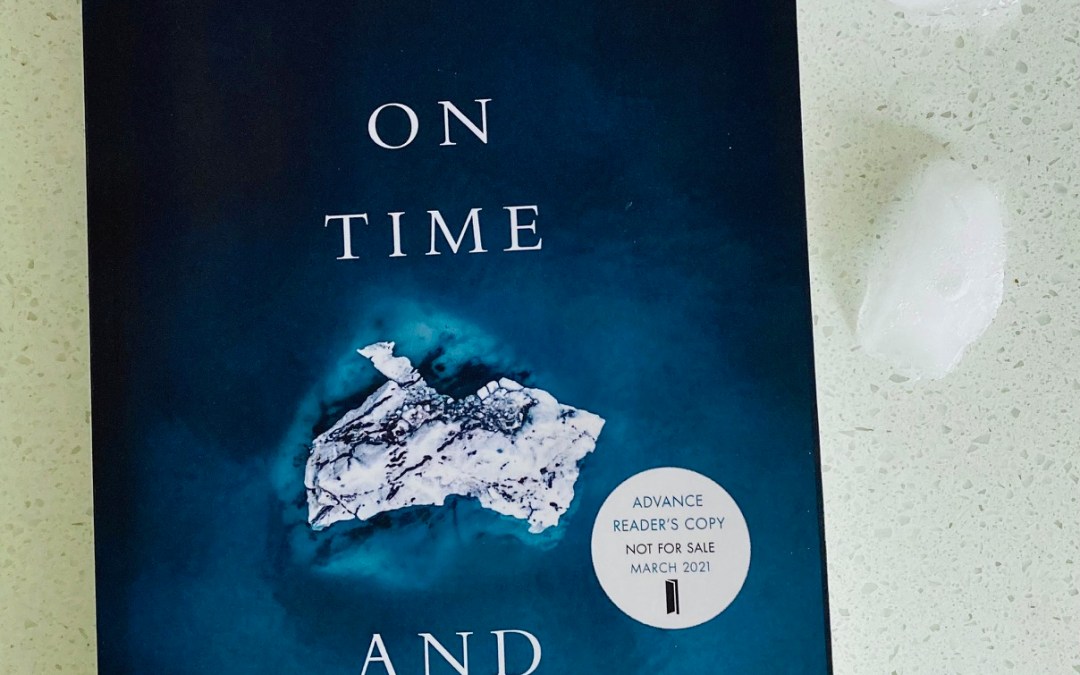 In the past few months I’ve reviewed a few works of climate fiction, but apparently they didn’t cause me enough anxiety so I kicked it up a notch with some non-fiction about our impending climate disaster instead. On Time and Water by Andri Snaer Magnason, translated from the Icelandic to English by Lytton Smith, focuses on glaciers and the consequences of their melting. Magnason is a famous Icelandic writer who has accomplished some impressive things; he ran for President of Iceland and came in third (out of nine), he had two separate interviews with the Dalai Lama and he’s released various documentaries on the environment. Surprisingly, this book is more philosophical than one would think, it doesn’t just spew facts about the climate. Magnason’s family has a long history with glaciers and protecting the earth, and he goes into detail about how this shaped his worldview, and why it drives his work today. Time and water are the two drivers of this narrative, and although things can get dry (no pun intended) the current of his writing doesn’t leave us in the same place for too long.

Magnason is preoccupied with the passage of time. He includes many interviews with surviving grandparents, and he regularly asks them to recount stories from their youth, especially those that include their time exploring outdoors. His grandparents honeymooned on a huge glacier, marking areas of movement and depth along with their colleagues, for weeks at a time with little of the fancy equipment we enjoy today. He also likes to think and muse on the future, what his grandkids will see when they look out their window, whether or not any of the glaciers he has been awed by will even be around for them to enjoy. He also does quite a bit of research into the roles of major glaciers around the globe, including the glaciers found in the Himalayas that provide water to three crucial political powers. Aside from his grandparents, Magnason also introduces us to his now deceased uncle, a man who dedicated his life to the protection of crocodiles and reversing their shrinking species. We also learn about one of his grandfathers who famously operated on Robert Oppenheimer and the Shah of Iran, among other notable figures in history. He clearly comes from a long line of successful people, and he is encouraged to write this book by other people who believe he has the talent to make the climate crisis into a story that will motivate people to stop and take notice of what needs to be done to get us out of this mess. If it sounds like the book jumps around quite a bit, it certainly does. Part memoir, part historical analysis, part philosophical text, part scientific exploration, Magnason is clearly looking for a way to make this bitter pill a bit easier for us readers to swallow.

Magnason includes a really fascinating analysis of text and words, hypothesizing why as a society, we aren’t committing more brain and man power to fixing this problem. He admits that many people are still in denial that this is a problem (and he tidily disproves the tired old arguments that climate deniers rely on, ones you’ve probably heard at your last big family reunion), but he also points to the enormity of the problem. Our brains just can’t comprehend the severity of this issue because it affects those who will outlive us, and the earth itself is so old, we can’t imagine the danger of changes in our oceans that have not been seen in millions of years. Many climate change deniers will point to the ice age and changing periods of the earth as the reason why we shouldn’t worry, but Magnason references the fact that even if we were to believe that (which we shouldn’t, because our atmosphere is heating up way faster than it ever has), ocean acidification is something that has never happened to the earth, and it’s because of increased CO2 levels in the air. Unfortunately, there is no question that human activity is slowly killing our earth, and it’s those who are poor, living in third world counties that will feel these impacts the most (many are already!).

I won’t bother repeating some of the terrifying statistics that are cited in this book, because I think we are all a bit on edge right now, and the dire stories that are included here may just push some over the edge. But this book isn’t about scaring us straight. Instead, change itself seems to be another focus of this book, and Magnason underscores this theme by interviewing his elders. He writes “In a world where changes in many areas have been exponential, there have been more changes in the last decade than in the entire twentieth century” (p. 155 of ARC). And like many issue-based books, he ends with a chapter on hope, and some of the positive changes that are being made. With technology developing so quickly, surely we as a species can come up with some solutions to help slow down our increased emissions and ocean acidification?

I’ll admit that I haven’t read much non-fiction about the climate crisis, so I don’t have a lot to compare this book to. I’m already aware of how screwed our children are when it comes to the land they are inheriting from us, and how guilty I feel every time I throw something in the trash that I know will take thousands of years to decompose, so I really don’t seek out books that will make me feel even worse. Still, this book weaves in multiple elements; historical references, family stories and traditions, mythical analysis of different religions and their connection to the environment, so I never felt like I was being hit over the head multiple times by the same dire message. At the end of the book is a 10 page letter from the author written in May 2020, a post-script describing how he’s spent the pandemic. Because he wrote this addendum at the beginning of the pandemic, he doesn’t make connections between potential environmental benefits of the great pause, but he does speak to how hopeful it is that as a global society, we can all stop and isolate when a crisis is at hand. Our drastic reduction in air traffic is something that keeps me optimistic; have we slowed down the acidification of oceans and the rise is CO2 levels since the pandemic began? No doubt there are many books and scientific studies on this topic being plotted as I write this. In the meantime, you can enjoy a trailer below for a documentary that Magnason created during the early stages of the pandemic! This will give you a nice taste for how slow and thoughtful his work is.