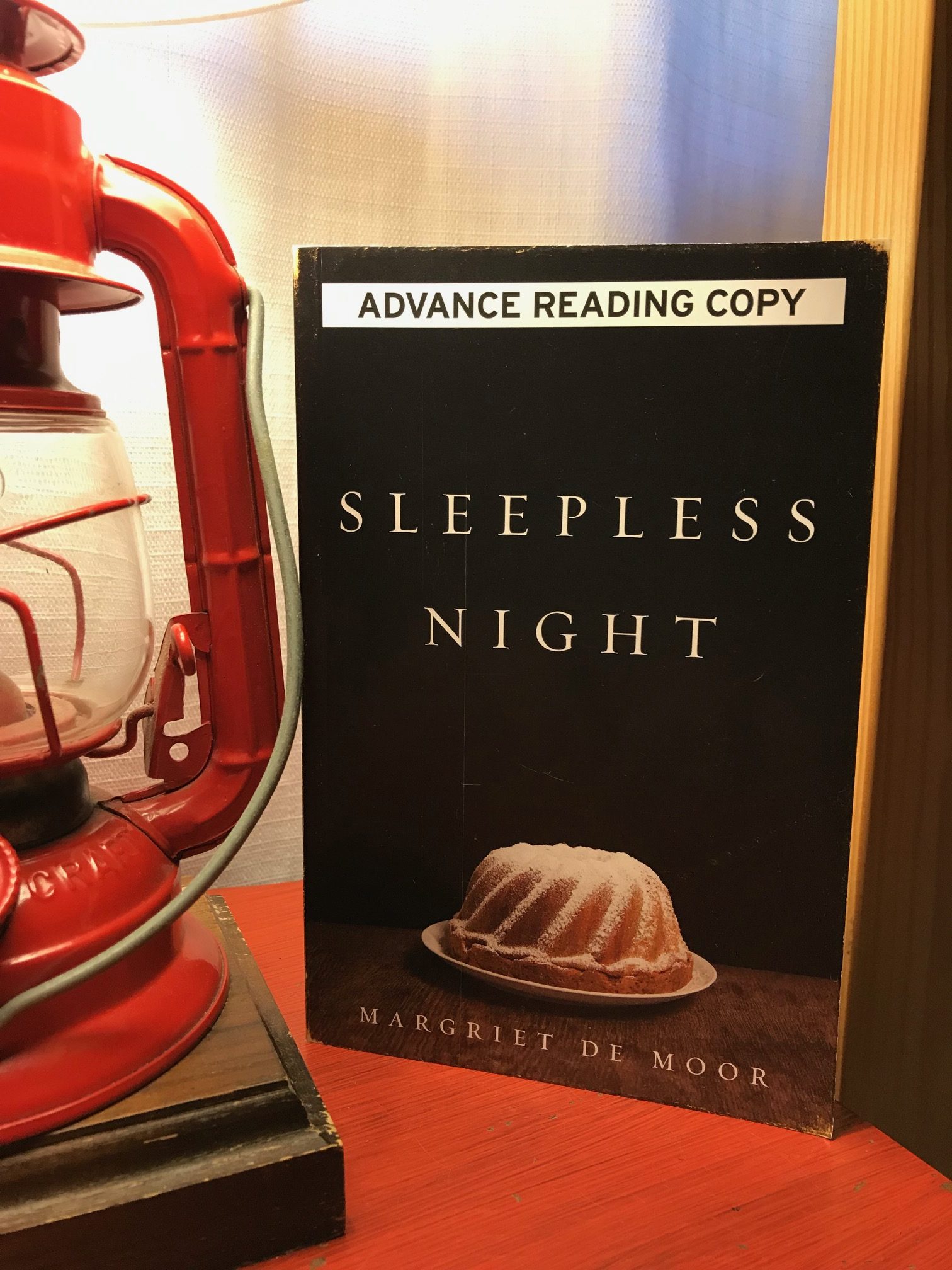 Written by the “grand dame of Dutch literature”, Sleepless Night by Margriet de Moor is 122 pages of reminiscing and remembrance. Translated from the Dutch by David Doherty, it follows a widow over one sleepless night as she bakes a Bundt cake in the dead of winter, recalling the unfortunate and early death of her husband, Ton. Many would call this a meditation, but I like to think of it as the nuanced portrait of a woman who defies expectations.

The premise of this novella sounds depressing, but there are some unique points to this story. The first is that her lover is sleeping upstairs, so she’s not reduced to some grief-stricken shell unable to experience passion again, in fact, her previous romantic conquests are described in some detail, and she looks back on them fondly with a sense of humour. Secondly, her and Ton were only married a short time, less than two years, so she’s a fairly young widow, still looking forward to a future of potential love and happiness.

Luckily our protagonist has a few other things going for her; she’s inherited a great deal of land from her husband, who was a farmer, and she’s decided to stay on his property and forge on, must to the surprise of the surrounding village and its inhabitants. She’s also stayed close with her sister-in-law Lucia, who’s a vibrant shot of colour in this otherwise muted narrative. Lucia is encouraging, eager to jump into life in all its forms, and happy to take others along with her. There are very few characters in this book, but the ones that are fully fleshed out and independent are women-they remain steadfast, caregivers in some cases, but always willing to go after what they want. This is a lovely realization that I came to after turning the last page; Moor is unabashedly a supporter and marketer of female strength in all its forms, but the resilience of women is often highlighted in rural areas: they ensure things keep running smoothly even after the male figure departs.

In general, I found this a very ‘cozy’ story to read; not only does it focus on the cold weather outside, but it evokes a general sense of wonder about the snow and ice. At one point, the widow takes her lover on a walk outside in the ice forest to admire the beautiful formations on the trees, and another memory centers on the experience of her and Ton meeting for the first time-they fell through the ice while skating. But again, these are all memories, sometimes weaving in and out of the present day, because the book is taking place over one night, in the warm kitchen, with the oven on. Even though she recounts these icy memories, they are injected with an undercurrent of warmth.

It’s unclear on the exact year the story takes place, but it can roughly be placed in the mid to late 1970s, so reading it in 2019 gave me a mild sense of nostalgia. I imagined the appearance of the kitchen appliances and dishes she would have been using while baking-a colour scheme of orange, pea green and yellow most likely. How can I picture this so clearly in my mind? Because these are the dishes my cottage still holds in its cupboards, and gosh darn they don’t make things like they used to.

Although I read this in the heat of summer, I wish I had left it until the fall or winter months because it’s the perfect little book to curl up with under a blanket and a hot cup of tea. Short, abrupt and thought-provoking, it’s a treat to experience for the hour or two it takes to read it.