So as my hosting gig draws closer, I  have quickly realized that I should be getting these reviews up quicker than I have been in the past. In my defense,  I am taking a professional writing class this fall, so the majority of my online creativity is going towards my course work, rather than this blog. Don’t get too concerned about me though, I’m still taking the time to read books, just not as fast as I would like.

This weekend I finished reading David Bergen’s Leaving Tomorrow, and not surprisingly I enjoyed it. Bergen is a beautiful writer, and many of you may be familiar with his work already because he won the Giller Prize in 2005 for his book The Time in Between. Like many avid readers, I cannot remember if I’ve actually read this book or not, which is why I keep a list of what I’ve read in the past for times like this. I’ll have to refer to it later to jog my memory.

Anyway, the book focuses on a boy named Arthur, who dreams of living in Paris, becoming a writer, and leading a very romantic life in general. What’s surprising about this story is Arthur’s background. He lives in a very small (fictional) town in Alberta called “Tomorrow”, and he grows up on a ranch, assisting his father with training horses and various other farm duties.

So, with the heart of a poet and the body of a farmer, Arthur moves to Paris for a year to find himself. I know what you’re thinking-this sounds like the beginning of a Harlequin novel. And of course, a follow up movie starring Zac Efron. But it’s 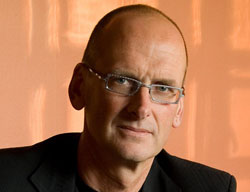 not! Bergen is too fine a writer to let his work spiral into something as cliche as that (not that there’s anything wrong with that, the Harlequin publishing model is one of the most successful in the world, fyi).

This novel is more about self-realization and soul-searching than it is about action. I will be the first to admit that nothing much happens throughout the plot, but it’s strength lies not in what happens, but what doesn’t happen. Arthur is a character of dichotomies-both physically and emotionally, and it’s fun to follow him in his French adventures, even if many of them end in despair or loneliness.

I’m not sure I’ve done this book justice in this review, so you best attend Books and Afternoon Tea to hear Bergen read from and speak about this book himself. In the meantime, pick up a copy of Leaving Tomorrow, start reading it before Sunday and bring it with you to the event so he can sign it for you!