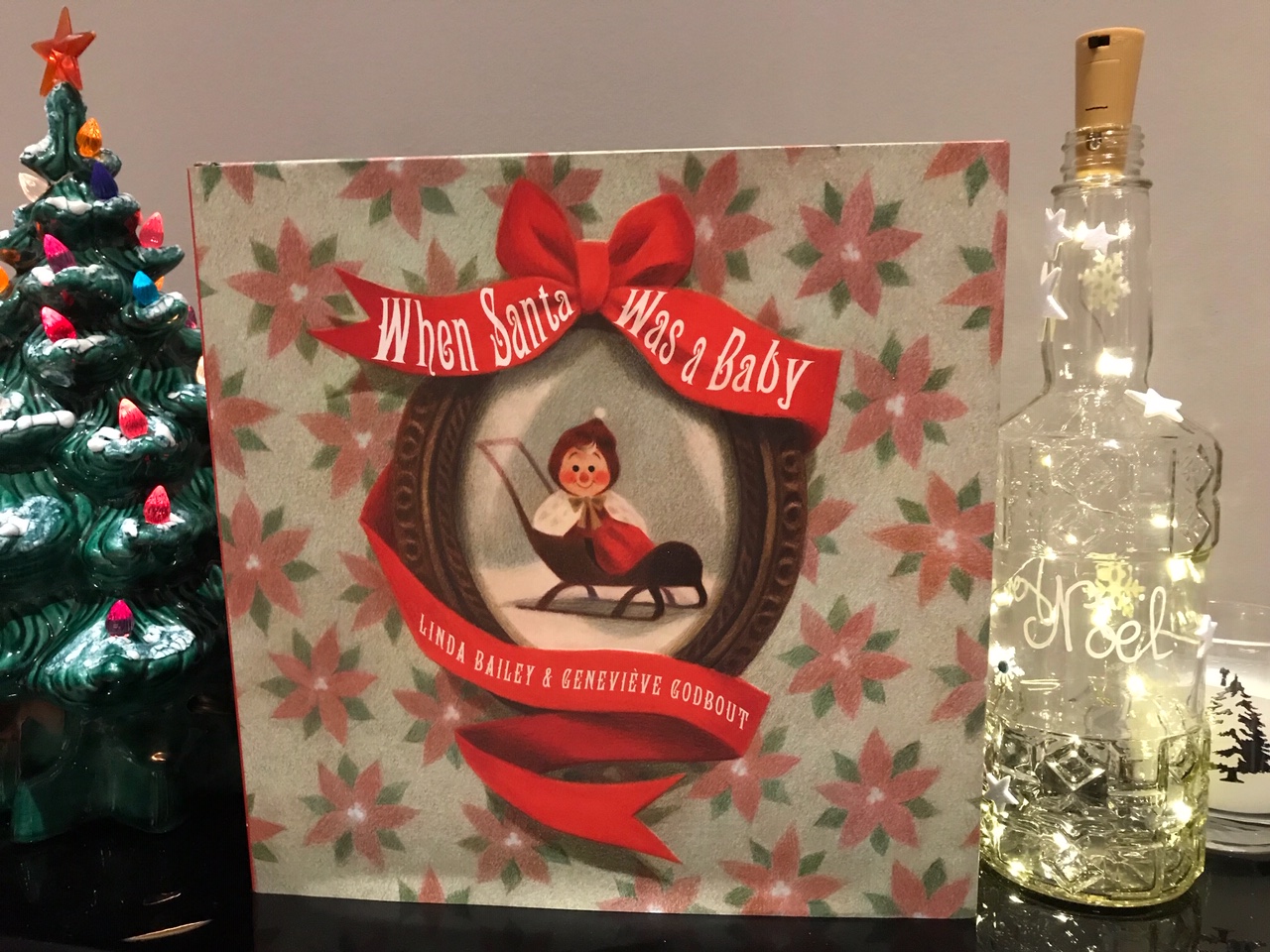 So my oldest is now at the point where she’s started asking me logistical questions about Christmas. Questions such as; how does Santa fit through all the different-sized chimneys? How does he visit all the children in one night? Why do some kids not get gifts for Christmas, doesn’t Santa bring gifts to all kids if they’re good? (this last one was in response to my suggestion we donate toys to kids who won’t get presents under the tree so clearly I need to find a way to re-frame charitable giving for my kids). I’m not the most creative person, so my response to the majority of these questions is: “Santa Claus is magic”, which seems to halt or at least delay follow-up questions. Luckily, two picture books came across my desk that I promptly integrated into my kids library because they are both ‘origin’ stories that help explain the magic of Christmas in terms kids will understand and readily believe. I’ve said it before and I’ll say it again: picture books make my life as a parent significantly easier.

We’ll start with my daughter’s favourite of the two, Dasher, written and illustrated by Matt Tavares. We meet a (female!) reindeer named Dasher who travels by circus with her family, listening to her mother’s stories of when they used to live free up in the North Pole, under the North Star. One particularly windy night the gate swings open and Dasher makes a run for it, unhappy with the tiring and monotonous life she leads in captivity. She comes across Santa Claus in his sleigh, being pulled along the ground by a single horse named Silverbell. Now that the sleigh is getting heavier and heavier with more toys, Silverbell struggles to pull it, so Dasher offers to help. Magically, once she’s connected to the sleigh, they all lift off the ground and fly! Ending back up at the North Pole once their deliveries are complete, Dasher realizes she’s truly home, but she’s sad that her family isn’t with her. She makes a Christmas wish to Santa that they all be reunited, and Santa grants that wish, taking her back down south to round up her family and bring them back to the North Pole. Together, they all form the reindeer crew that we now know of (Rudolph comes later), and they live happily ever after in the snow.

Now it may have been a piece of dust or something, but I could have sworn my daughter’s eyes welled up with tears while I read this to her, and while the book doesn’t include particularly emotional text, I think the idea of being separated from one’s family is what really affected her. Out of both the books featured in this post, she’s adamant that Dasher is her favourite. Perhaps it’s the illustrations? They remind me of the lush, full-colour pictures of my childhood, and the colour scheme relies heavily on the red, green and blues of the holidays. Reading this book with your kids will remind you of what’s important– being together with your family, no matter what, which is always a nice message to drive home around this time of year.

Next we have MY favourite: When Santa Was a Baby by Linda Bailey and Genevieve Godbout. I must admit I am partial to Godbout’s infamous rosy-cheeked drawings of people, so this book appeals to me right from the cover! It’s about Santa Claus when he was a baby, and how ‘different’ he always was. Instead of making cooing noises he let out a great big “ho ho ho”, he hated the warm weather and insisted on standing in front of the open fridge naked in the summer, he only wanted to wear the colour red, and after receiving toys for his birthday he would wrap them up again and give them away to friends. All throughout his childhood, his parents shake their heads in wonder and continue to love him unconditionally, occasionally making an (incorrect) guess at what he’ll be when he grows up.

What makes this book so fun is that everyone except Santa’s parents know exactly what Santa is destined to be, so it allows you and your child the pleasure of sharing an inside joke together. Both my daughter and I got quite a few giggles out of this, but the storyline would be lost of kids younger than age 3. And of course, the portly depictions of Santa as a baby are adorable. Most importantly, this book is one of the few positive depictions of a clearly overweight person in children’s books. We’ve come so far in depicting a wide array of children in every colour, ability, and even across the gender spectrum, but body positivity is still one of those mostly untouched areas we have yet to explore further, and this book celebrates a young man who grows a big huge belly, clearly different from his classmates, but still a wonderful person worth admiring, BECAUSE OF, not despite his differences.

So I’ll leave you on that hopeful note this Christmas Eve. Obviously it’s too late to rush out and buy your kids these books before tomorrow morning (depending on what time zone you’re in, I suppose) but these are great books to read any time of year because they contain such universal situations and messages. Hopefully you have time to get a few pages in here and there during your holidays.