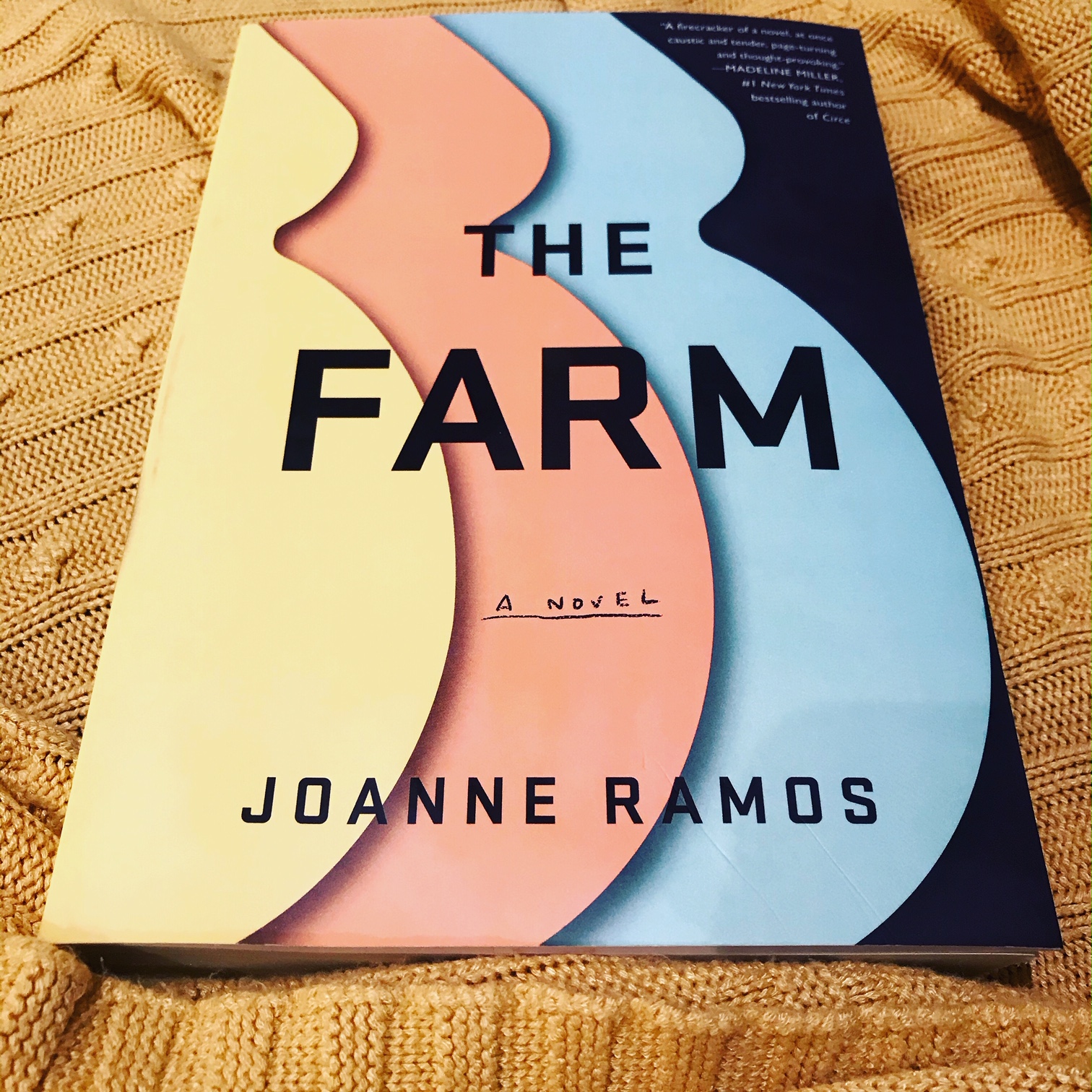 I had wanted to read this book for awhile now, and when I saw the author speak at a Wordfest event earlier this year I was struck by how eloquent and honest she was, which finally convinced me to pick it up. Joanne Ramos immigrated to America from the Philippines when she was 6. She was a star student, graduating from Princeton and working in investment banking for several years. She gave up this fancy career and lifestyle to become a writer (LOL), and wrote a damn good first novel which quickly became a bestseller. Her background is interesting to note before you read my review of her book because she straddles both worlds that her characters inhabit. Although she wasn’t born in America, she quickly became a shining example of ‘the American dream’, deciding to write this book once she realized the only Filipino friends she had in New York were the ones who worked for her friends as cleaners, baby nurses, nannies, etc. Having a Filipino nanny herself at one time, she’s in a unique position (although, some may not argue the best) to tell this story.

The Farm by Joanne Ramos is a present-day work of fiction that follows a group of Filipino women living in New York trying to build a better life for themselves and their families. Jane is a young single mother, desperate to make enough money to support herself and her baby. Jane’s aunt Ate is a hard-working, shrewd women who has built up an impressive reputation as a ‘baby-nurse’ with the ultra wealthy, sending the majority of her money back home to help support one of her children who is permanently disabled. Mae is a self-made woman who has excelled at business, now running Golden Oaks, a luxurious retreat that hosts the surrogate mothers of the richest people in the world. These hosts are expected to eat only the healthiest foods, exercise daily, and refrain from any junk food all with the aim of birthing the healthiest and smartest babies possible. They are handsomely compensated for these 9 months, but they are essentially prisoners for the duration of their stay there. We also get the perspective of one white woman, Reagan, who is also a host at Golden Oaks. Disillusioned with her own life and privileged upbringing, she’s desperate to do good in her life so she decides to help other families achieve their dream of having a child by becoming a surrogate. Because she’s white and educated, she’s considered one of the more ‘valuable’ hosts.

I had all kinds of wrong ideas about this book before I actually read it. First off, I thought it was a dark dystopian novel about women being held against their will in an industrial farm-like environment for humans. Although this is somewhat accurate, I was way off on guessing the genre and overall atmosphere of the book. Rather than describing a potential horror that our society could slide into, this book looks at the increasing inequality between the lower and upper class in our society: in other words, the everyday horrors that we are already aware of, and choose to ignore. The second wrong idea I had about this book was around the characters themselves. Rather than identifying people as ‘good’ or ‘bad’ based on their wealth, Ramos humanizes almost every single character, showing the complex motivations, judgments, and assumptions that are inherent in every human being. Instead of feeling a sense of hopelessness around our unfair class distinctions, the end of this book left me feeling optimistic about our future.

Although this book is fiction, I think most will agree that a place like Golden Oaks probably exists in some part of the world, just not in North America (yet). As a mother, this book had a strong emotional affect on me. Jane commits to leaving her baby for 9 months, with no promise of visitation, all in hopes of creating a better life for her in the future. The thought of doing this, and the realization that many women are forced to do this now, is heartbreaking. Jane was terrified to leave her daughter, yet she felt this was the best possible way to secure their future. Most people assume that having enough money to not work and stay home with your child when they are young is a privilege, but many wouldn’t consider the possibility of not being able to even LIVE with your child during off-hours, and yet, this is a circumstance that many living in poverty contend with.

The depictions of the wealthy women Ate and Jane work for are also honest and empathetic. Most are women who live in the lap of luxury are understandably terrified of the child they just gave birth to, so they’re thankful for the work their baby nurses do for them. Yes, there are awful women who treat their help like ‘the help’, but there are others who are struggling with postpartum depression and desperately in need for another person’s hands to help ease them through those trying few months. The unrelenting pressure on them to be the perfect mother, wife, and employee is what each female character in this book has in common. Men barely factor into this story, but to be honest, their perspective is not missed, or needed in this instance anyway. There’s nothing simple about this book, everything happens in the gray area and up for interpretation, which is why this will stick with you weeks after you read it.