Book Review: The Empress of Idaho by Todd Babiak 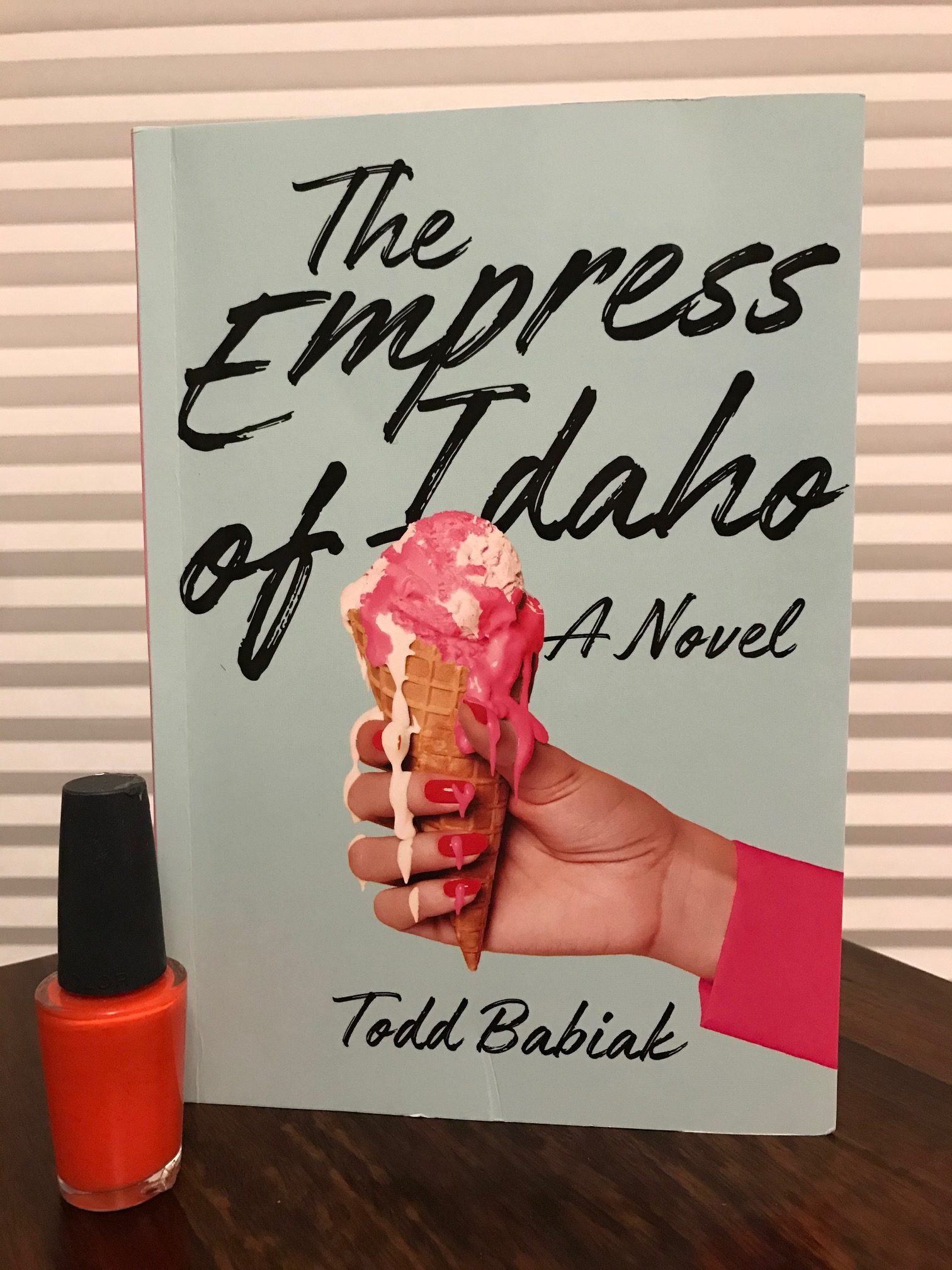 A staple of the Alberta book scene, Todd Babiak is a familiar name to most. In addition to his talents as a writer, he is quite simply, a very funny person. He hosted the Alberta Literary Awards a few years ago, keeping the audience laughing throughout, and believe me, this is no easy task (I’ve done it myself, so I can say this with certainty!). Because he has such a wonderful sense of humour, I’ll admit I unfairly expected his latest book to read like a comedy. And although it had its funny moments, it is most definitely not a comedic novel.

The Empress of Idaho is told from the perspective of fourteen-year-old Adam, a polite, promising teen who lives in small-town Colorado, a place where nothing ever happens and high school football is the main source of entertainment. Adam gets good grades, is a star football player, and dating one of the richest girls in his town; he is ‘going’ somewhere. But the arrival of Beatrice Cyr (which we later discover, is not her real name) distorts Adam’s perfect-looking future when she becomes his next-door neighbor. Her high-heels and expensive clothes are even more extraordinary when it’s revealed she’s married Marv, a slovenly older man who’s nice enough, but twice the age of Beatrice and not half as attractive as her. Right from the beginning her entrance is suspicious, and Babiak does a superb job at heightening the tension and dread as it’s revealed she has a darker sexual side.

It’s no spoiler to reveal that Adam begins a sexual relationship with Beatrice, and it doesn’t take the reader long to realize that she is abusing Adam, whether he realizes it or not. Yes, he’s a teenage boy, and society jokes about this sort of thing as a ‘dream come true’ for male adolescents, but Babiak makes it clear she is manipulating him in a negative way, even if Adam thinks he is in love with her. As we know, many people who experience domestic abuse are also deeply in love with their abuser, and even though the genders in this book don’t conform to what we typically expect of this kind of sexual abuse, this situation does not seem far-fetched at all. In fact, Adam slips into this horrendous state-of-mind so easily, as a reader I was shocked at how easily Beatrice was able to deceive him and his family.

Which brings me to the characterization of Beatrice; although we never see the world through her own eyes, I badly wanted to. She has everyone under her spell, except for the reader. Adam lives with his single mother, (his father ran off long ago), and like her son, she also falls for Beatrice, but in a completely different way. For Adam’s mother, Beatrice is a symbol of hope and independence, and together, they create an investment scheme that the locals buy into, essentially getting something out of nothing. So Beatrice is deeply problematic; we can’t call her evil because she does bring about (very few) positive things, but it’s also clear she’s suffered as a child, and although the abuses she experienced herself are only hinted at, it doesn’t take much to imagine what turned her into the offender she becomes. If this is all making you uneasy, it should be! I felt a sense of dread deep in the pit of my stomach throughout my entire reading of this, but I was also eager to see how things turn out for each character, and thank god Babiak doesn’t leave it open-ended, he tidily answers all our questions by the end.

Many people have called this book a modern-day Lolita, but there is a very big difference between the two books, and that is the clear condemnation of Beatrice’s acts. Although it has been awhile since I’ve read Lolita, a criticism of it is the subtle justification the adult man’s behavior, who was so clearly a predator. In Empress, there is no question that Beatrice is the predator, and though her despicable actions may be triggered by something in her past and we feel a bit of sympathy for her, no character remains untouched by her contagion.