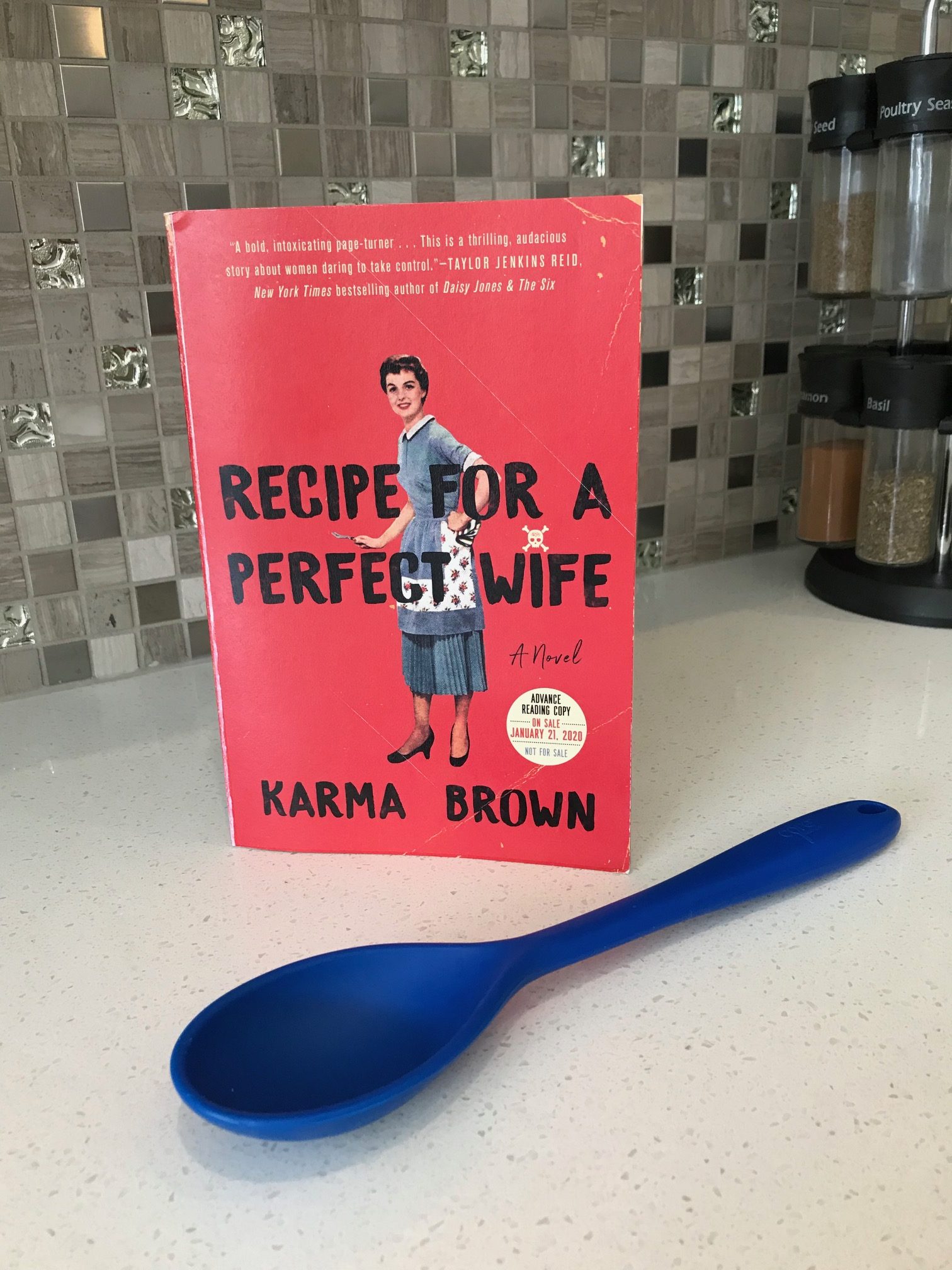 If you’re like me, looking at your empty April calendar will make you think one of two things:

I’m feeling this so much lately. I’ve been considering starting an online book club for a few months, and what better time to start than now, when my potential book club members are stuck in their own homes? There’s literally no escaping me or this idea.

You need to have a facebook account to join, that’s it. My book club is essentially a ‘group’ on fb that anyone is free to join, and our first meeting will be held via a facebook live video on Thursday, April 16, 7pm MST. We will be discussing Recipe for a Perfect Wife by Karma Brown, a Canadian author and journalist. I’ve been dying to read this book for a few months now, and it’s getting a ton of attention and accolades, so I’m confidant in this first choice.

For those who aren’t familiar with Facebook live, when someone is recording a video, comments scroll up from the bottom of the screen, which I will then read out loud to prompt more questions and reiterate what people are saying. I’ve never hosted an online discussion before, but I’ve hosted a ton of in-person discussions, so I can guarantee I won’t be terrible at this. And as always, I encourage feedback, good and bad, so let me have it!

We already have 53 group members, and many have already read the book and confirmed it’s good, so what are you waiting for? Also, this particular book has actual recipes in it, and some of the book club members have followed the recipes and posted photos of their efforts, so not only are we encouraging people to turn off their tv’s and read, we are starting a home baking revolution! Join us won’t you?

PS-bring your favourite treats to the discussion, I’ll be munching on my ever-present chocolate stash!