Book Review: Becoming A Man, The Story of a Transition by P. Carl 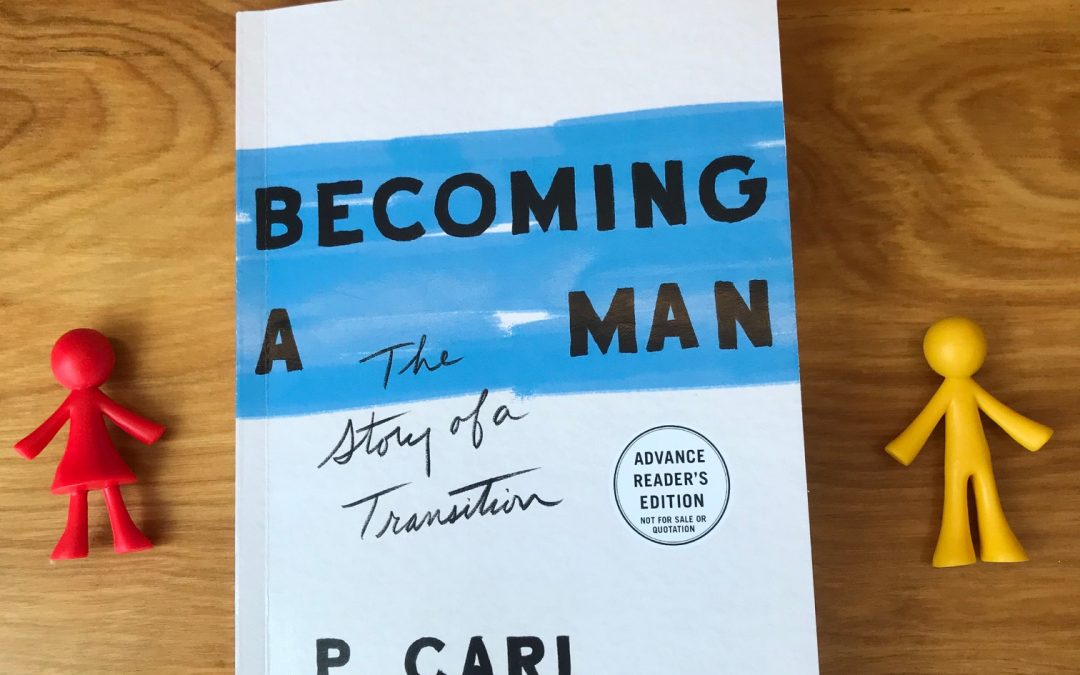 As a book-lover, I’m constantly encouraging people to read. As a person who leans a little to the left, I’m also a big proponent of reading books that introduce people to new ideas and perspectives, especially those voices that you may not have in your everyday life. Becoming a Man by P. Carl will tick that box for a lot of people. It’s a memoir by a person who was born a white woman, “Polly”, married a lesbian, then transitioned to a man “Carl” after his 50th birthday. I’m using the male pronoun when referring to Carl because this is what he prefers. This is the first book I’ve read that’s been written about a gender transition experience (I’ve read other books by trans writers, but mostly fiction). They are hard to find, but I’m hopeful that more and more books will be published on this subject because it helps normalize it, which in turn educates everyone else on what it’s like and why people do it.

P.Carl is a well-respected artist, and has been married to the same woman for decades. But, underneath his ‘successful’ life, he was struggling with the knowledge that he was living a lie. His first thoughts and memories are that of wanting to be a boy, but he wasn’t comfortable with taking testosterone shots and outwardly expressing his real gender until he turned 50. Suicide attempts, destructive inner dialogue and extreme bouts of anxiety dotted his life as a woman, having experienced abuse at the hands of various men as he lived in Polly’s body. Interesting then, that his desire to become a man or identify as a man never wavered, even as he experienced violence at the hands of them. It’s this dichotomy that pulls this book out of the memoir category, pushing it into the realm of social science and cultural studies.

As a self-proclaimed feminist and former queer person, Carl has been on the front lines of battling for equality most of his life. His commentary on these issues is incredibly poignant, and he’s able to crystallize many complications of our society’s current struggles in such a simple way:

” If we are to survive America’s current war over who gets to have a livable life, we must confront and understand masculinity and we must all seek some version of double consciousness, to be inside and outside identities that are not our own. Transgender people have something important to offer this conversation, and perhaps if we are allowed to speak, if we’re heard, we too will have a chance at more livable lives ” (p. 17 of ARC).

So many people struggle with the idea of being transgender, simply because we can’t imagine it. What’s it like to be born in the wrong body? To feel like what you’re seeing in the mirror is wrong? Although I can’t relate, I don’t feel the need to police their bodies or their movements, and hopefully reading perspectives like Carl’s will encourage more people to embody this ‘double consciousness’, or at least extend more empathy towards this part of our population. In the quote above, he’s simply asking people to express more empathy, put yourself in someone else’s shoes, even if those shoes look like something you’d never pick out yourself.

Carl gives a lot of real-life examples of things he’s endured before his transition, but its clear that being a man, and looking like a man to others is what gives him joy and purpose. He admits to feeling guilty participating in ‘locker room talk’ that’s degrading to women, especially because he knows how painful this can be to some women to hear. But! He also loves being accepted into this club of men, he loves the camaraderie, the casual banter, the fact that they treat him as any other man. So obviously this book and its author is full of dichotomies, which confirms something I think we all knew; there are no easy paths as a transgender person to take, but showing a little more understanding is one simple thing we can all do to make their journeys a bit easier.

My only complaint about this book is the structure, or lack thereof. I had trouble following what has happening in terms of before and after the hormone injections, basically the trajectory of his life was difficult to piece together and place on a timeline. I’m the type of reader who prefers clarity, but despite this, I still enjoyed the writing and appreciated the glimpse into a life that we can all learn from.