Book Review: Stay Up With Hugo Best by Erin Somers 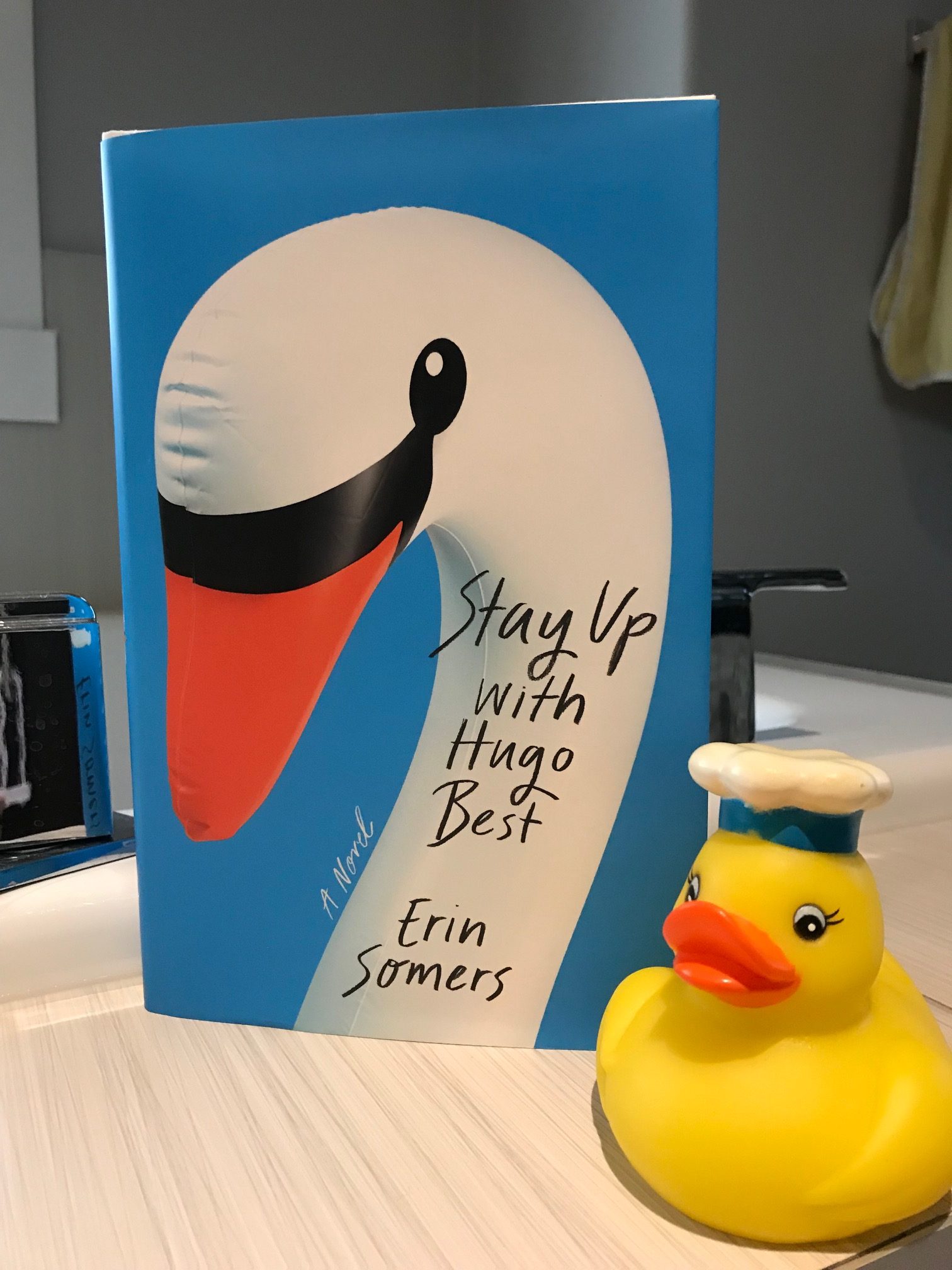 Stay Up With Hugo Best by Erin Somers is one of those books that takes place over a specific, short period of time; in this case, it’s the Memorial Day long weekend in the United States. This type of timeline usually works to add heightened drama to the proceeding narrative, infusing everything with a time-sensitive layer that creates suspense all on it’s own…however the plot of this particular book isn’t filled with life-altering twists or declarations, instead it’s the vehicle towards a (some would say) inevitable ending, and depending on your gender or bias, you may or may not be surprised the conclusion.

That may have been a misleading introduction to this book review, because ultimately, I would categorize this book as a fun and entertaining read. We meet June Bloom who has worked her last day as assistant writer on the late-night television show “Stay Up With Hugo Best”, because the show has been cancelled. She’s also a budding comedian, and after her celebrity ex-boss Hugo witnesses her stand-up at a local club, he invites her to spend the weekend with him. He’s much older than her, and obviously much more powerful and wealthy, and she’s idolized him for years, even before she worked on his show. So, she accepts his invitation, even though he’s a known womanizer and she’s not interested in him that way. Her reasons for accepting his invitation are sort of lame, but believable: basically, a ‘why not?’ scenario.

There’s a lot of time spent in the book describing Hugo’s lavish lifestyle, his huge house, his snooty but somewhat charming son Spencer, etc. And not surprisingly, Hugo is a depressed celebrity that is desperate for attention, even though he pretends he doesn’t care. There are minor references to sexual tension between him and June, but they seem mostly artificial and forced. Best has a reputation for liking younger women, but he’s no Hugh Hefner. In fact, the sexual tension is more obvious between June and Spencer, mainly because they are closer in age than June and Hugo. So although there’s a blow-up pool toy on the cover, this isn’t a book about a weekend at the Playboy mansion, instead it’s an examination of what it’s like to be at a crossroads in one’s life; desperate to leave behind the past, but scared to move forward too.

Although I haven’t looked at the reviews for the novel yet, I’m going to assume there are complaints that nothing much happens or that the pacing is too slow. I think that’s the fault of the people marketing this book, rather than the writer. It would appear as though this is some rollicking journey into the craziness of celebrity, but instead it’s a deep dive into the challenges of living with your own expectations and those around you. But I still think this book is a great summertime read because it deals with (somewhat) sexy subject matter, June as narrator is hilarious, and many of the characters we come across are either humour writers or comedians, so the quirky humour is found on almost every page, even when things get a little sad, which they inevitably do.

So although this wasn’t the book I was expecting, it was still a good read, especially with the underlying issues that are brought to the fore by June’s little trip. When I say issues, I mean: power balances between those with money and those without, men vs. women, and the celebrity mystique in general. Which again, also serves to hold up my theory that contemporary women’s fiction is getting better and better since the #metoo movement because our dialogue around gender issues is becoming increasingly more sophisticated as more people join in and alternate perspectives are welcomed. This subtle shift in tone has turned the fun summer read Stay Up With Hugo Best into a fun summer read with depth.