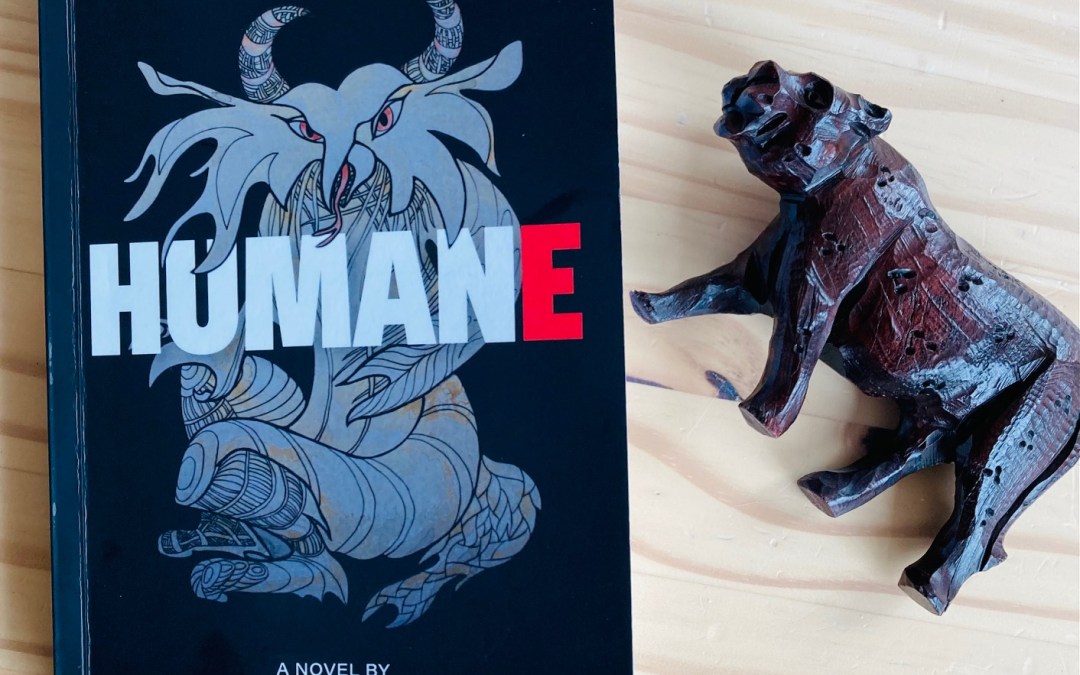 Sometimes you read a book where you don’t entirely know or understand what is going on. One character’s remark may prompt you to question whether something really happened the way you thought it did, or it may be unclear as to what the characters are aware of vs. what the reader is aware of. How do you, as a reader, react to these situations? Personally, I won’t go back and re-read a book, but I will remind myself to slow down and absorb the words better. Humane by Anna Marie Sewell forced me to do just that; slow down, read each sentence carefully, and pause more often to piece together what I’ve learned over the course of a chapter. Some readers are put off by this type of writing, while others seek a more in-depth narrative that requires a deeper focus. I typically like a bit of both, but this particular novel requires the full attention of its reader all the way through.

Hazel wakes up one morning after having a dream about her grandmother who gave her very specific instructions to go to her local humane society and adopt a black dog named Spider. Hazel does just that, right after breaking up and kicking out her boyfriend, local cop Josh. To Hazel’s surprise, Spider can talk, his words show up in her thoughts but his mouth isn’t moving. A few chapters later, she discovers him naked on her couch, because it turns out he’s a shape-shifter: sometimes a man, sometimes a dog. Hazel is a reluctant private investigator looking for missing indigenous girls and women who work the streets, ‘throwaway’ people as they are sometimes crudely referred to. Together, her and Spider prowl the streets (sometimes in human form, sometimes in dog form), searching for her latest client’s daughter, Nell. A sort of vigilante, Spider becomes particularly vicious around the men that hire the youngest girls on the street, and Hazel witnesses an act that horrifies her, yet is understandable all the same. Meanwhile, Hazel’s two adult daughters, Missy and Little Frankie, meet a shaper-shifter of their own, as well as other individuals in their community who are seeking out revenge for unforgivable acts.

Sewell is an Alberta poet and multi-disciplinary artist, so it comes as no surprise that this novel includes some descriptive, flowery language. She balances these beautiful turns of phrase with realistic dialogue, and depending on the speaker, a healthy dose of sarcasm, so everything continues at a healthy clip, never really getting bogged down in unnecessary information or drawn out scenes. One of my favourite lines is:

The light stretches long fingers between them, warmth and impersonal comfort. Somewhere near, a bee sings for the joy of nectar (p. 73).

This passage is placed inbetween a fairly serious talk between mother and son, and aside from this little note about the light it dives right back into their conversation and the unspoken emotions it’s raising in each character. As I mentioned above, it was sometimes difficult to understand what was happening, so I appreciated these little pauses that reminded me to soak in the beauty of the writing, even amongst the dark and sometimes violent subject matter.

Similar in tone to the new detective series by Candas Jane Dorsey, Hazel is a detective that searches for justice for those who rarely get it, or worse, for those who society deems unworthy of it in the first place. Hazel is a half-indigenous woman, so she understands the extra danger that Indigenous women face in the sex trade, but because Hazel is also half-white, she gets mistaken for a white woman often. She feels an urgency and duty to help the Indigenous community, but also pushes back against some of their traditions that she feels has been imposed upon her by other Indigenous people. I assumed that the idea of shape-shifting came from an Indigenous perspective and was only possible if you had Indigenous blood, but there is an East Indian character who also turns out to be a shape-shifter, so the Indigenous influence is woven throughout, but but does not blanket the entire narrative either. After doing a little research, it appears as though Sewell has the same genetic make-up of her protagonist; a mixture of Polish and Indigenous heritage, so I’m curious if Hazel’s experiences mirror her own, living in Edmonton.

Clearly this book isn’t an ‘easy’ read, it’s challenging for the reader to follow and deals with some painful topics, but I appreciated Sewell’s light touch, and the distinctions she raises between acting human, and acting humane.