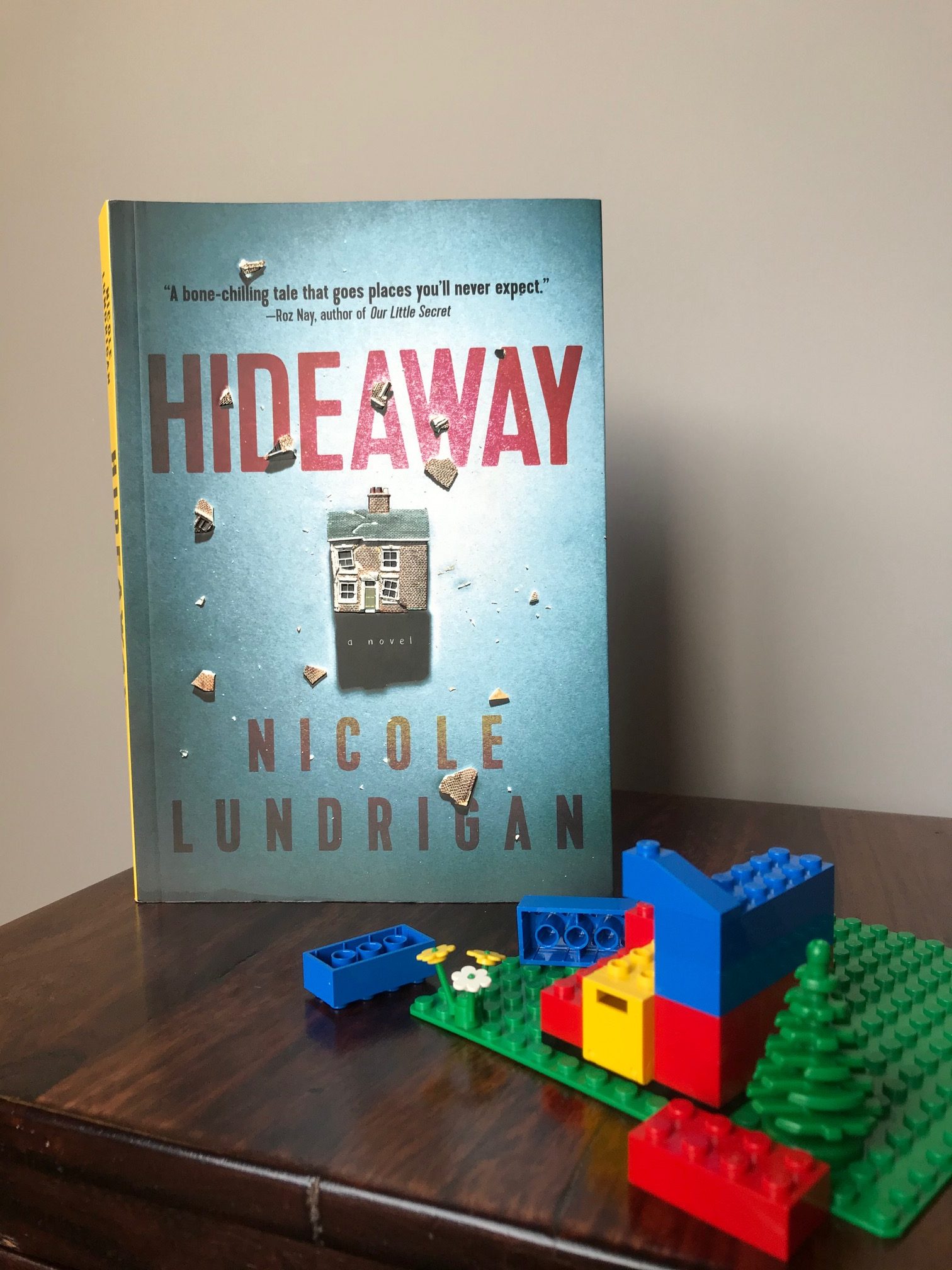 If you read Nicole Lundrigan’s last book The Substitute, you’ll have a good idea of what you’re in for in her latest novel, Hideaway. Both books deal with traumatized children, neglectful parents, and big family secrets. These sound like heavy topics, and they are, but the unsettling atmosphere that made The Substitute such an enticing read is also at work in Hideaway, and for those who revel in these dark tales, Lundrigan should be your author of choice.

Gloria is a manipulative sociopath who uses her love as a weapon against her children Rowan and his younger sister Maisy. When angry with either of them, she directs her love and attention to the other, ignoring the ‘bad’ kid until there is a reason to switch her allegiance. The book opens with Rowan getting disciplined by his teacher for stealing some chocolate bars, and Gloria’s punishment is to leave Rowan out in the woods all night, standing under a sign that announces him as a thief. Eventually he is approached by a homeless man named Carl, and terrified of being alone even longer, he follows him to a bridge where he’s given food and a relatively comfortable place to sleep. Rowan’s next punishment comes only a few days later when he is locked outside of the house during a lightening storm so he finally runs away for good, returning to Carl, one of the few adults that’s shown any interest in him.

Perhaps even more infuriating than Gloria’s punishments is her obsession with winning back her husband Telly, who has moved in with another woman. Telly’s half-hearted attempts at fathering are frustrating to read about, but Gloria’s denial at the broken relationship is even worse. She uses Maisy, and then Rowan’s disappearance as a tool to rebuild her marriage with Telly, even though it’s obvious to everyone but her that it’s a lost cause.

The book alternates between Maisy and Rowan’s perspective, which helps the reader see how truly horrible Gloria is as a mother, and how useless Telly is as a father. But Lundrigan doesn’t dwell on the inevitable pity one feels for these kids because Rowan’s adventures with Carl are just as nerve-wracking; it’s obvious Carl suffers from mental illness, but unlike Gloria, his intentions are good. The twist that came about halfway through the book wasn’t entirely unexpected, but made the family’s situation even more grotesque, so the inevitable climax hit with considerable emotional force.

So many writers today give away little details of a character’s inner motivations; a hardened expression when they think no one is listening or an unnecessarily forceful demand when pushed too far, these are dropped into the narrative, easily overlooked by some readers, but glaringly obvious to those who favour the thriller/suspense genre. Lundrigan relies on none of these obvious tactics; she treats her readers with the highest of expectations and doesn’t make it easy on us by regularly serving up some good old fashioned fictional dread. I wouldn’t classify this book as a thriller, it is truly a suspense, not reliant on dead bodies or estranged family members to bring the drama.

My only complaint about this book is the pacing; there’s a minor lull in the action towards the middle, and because the story line consistently ramps up the anxiety, it felt like I was left hanging a tad too long. There are definitely parts that could have been cut out as their only purpose seemed to be emphasizing how unstable Gloria was; I was convinced of this fact fairly early on, which is why some of it felt unnecessary. Despite this, I still recommend Hideaway to fans of suspense – those who think they can handle 300-ish pages of uneasiness.