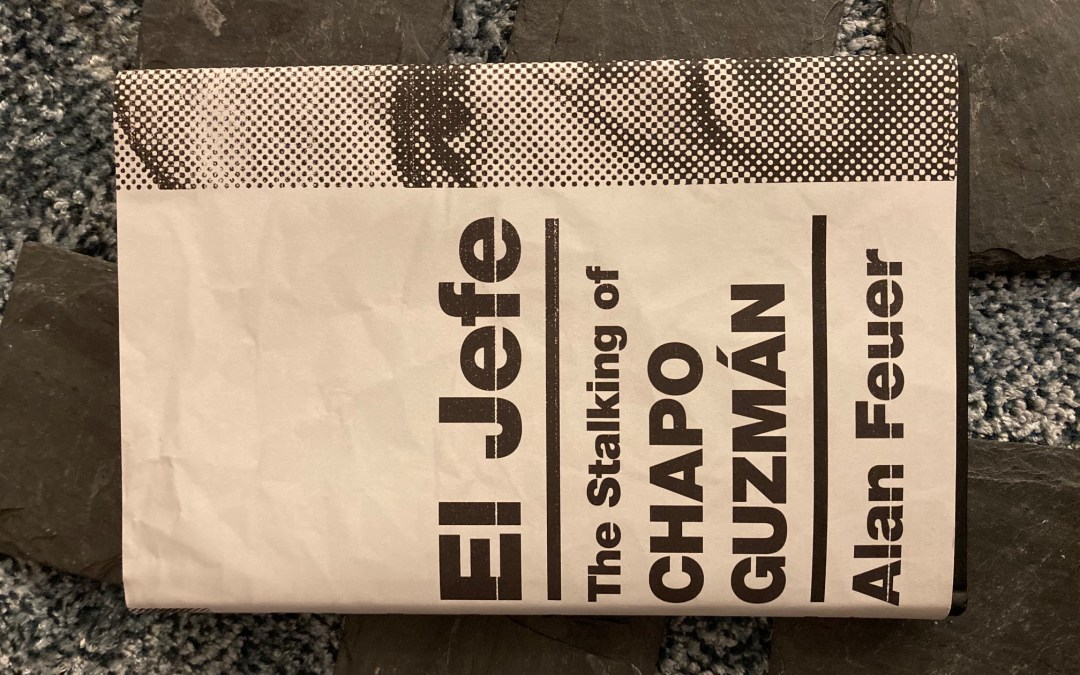 As I plan and prepare for my bookish gift-giving guide for the 2020 holidays, I find myself dipping into books I wouldn’t normally pick up. Many of my long-time readers are probably a bit curious about the selection of books I’ve been diving into lately, and this is why; I’m reading books that will suit every person on your list, so I need to read out of my comfort zone to create the most sincere book recommendations. This is how I ended up with El Jefe, The Stalking of Chapo Guzman by Alan Feuer, I assumed it’s something my father-in-law would enjoy, and we tend to have very different reading interests. Despite not knowing anything about the topic of this work of non-fiction, I was quickly sucked in by the fascinating story of one of Mexico’s richest drug lords, and this book was just long enough to keep my attention but not overextend it. True-crime fans, non-fiction nuts and fans of police procedurals will also enjoy this one.

Joaquin “El Chapo” Guzman is one of the most dangerous men in the world, and one of the richest drug lords to date. With a net worth of over 10 billion dollars (which he had to surrender once he was extradited to the United States) the word ‘kingpin’ is the best way to describe him. We learn a bit about his modest childhood coming from a farming family in a rural part of Mexico, but like many in this poor area, his parents grow poppies to provide the opium to a local drug dealer, which was where Guzman eventually got his start. He moved up the ranks quickly, exploiting weaknesses in the American and Mexican border to further his stronghold in the drug trade. He eventually grew the business into a worldwide conglomerate, even selling drugs to us innocents up here in Canada (ha!). Although he made his money selling cocaine and bribing police and government officials, it’s hard not to view him as a businessman first and foremost. This book frequently makes reference to his ‘company’, because that was essentially what he was running: a major corporation. And what leads to his downfall is actually his choice of communications; his reliance on blackberry cellphones. There are many books written on El Chapo, but this one focuses on the hunt to locate him. and how parts of American and Mexican law enforcement came together to finally arrest and convict him. As many of us know, El Chapo is best known for his daring escapes, and these are discussed at length as well.

As I mentioned above, one does not need a prior awareness of El Chapo and his activities to enjoy this book. He is famous for a reason; his story is entertaining, and its no coincidence that numerous television shows and movies are about him. My only previous knowledge of him is the fact that he dug a tunnel to escape from prison at one point. My lack of initial interest did not hinder my enjoyment of this book, and after a bit of a slow start I found myself increasingly invested in his capture. Dare I say it, I even wished he had escaped for longer because his illegal activities were so fascinating to read about. He was a cold-blooded killer though, so I’m relieved he is in prison for the rest of his life, and hopefully he stays there!

The book begins with a very detailed look at how the American authorities eventually locate and spy on him, and it’s through a cellular network that is built specifically for his company by some shadowy techies in Mexico. The U.S. eventually tracks this guy down and offers him immunity and safety in exchange for his cooperation, and through him they are able to infiltrate El Chapo’s communications and figure out where he is staying. The descriptions of the technology and the shades of cooperation between different U.S. and Mexican authorities are a bit tiresome, and because I wasn’t interested in it, I sort of skimmed those parts, but those sections would no doubt enthrall other readers so take my opinion with a grain of salt (as always!). The parts I really enjoyed and still like to trot out to other people involve some of the ostentatious parts of El Chapo’s life, especially when he was in prison. He was so rich and held so much sway over his prison guards (through bribes) that he had his own private chef. In prison!!!!! He’s definitely not getting that kind of treatment in America, but it’s shocking he had access to that kind of luxury in Mexico too. One of Guzman’s ‘colleagues’ (drug dealers) once pushed a helicopter off a cliff to collect the insurance money, and one of El Chapo’s bribes to a prison official amounted to two million dollars! The kind of money these people had access to is staggering, especially because it was all blood money, but how else do you amass that kind of fortune in such a small time? Rarely by legal means.

The author is a journalist, and in the last few pages he explains that he conducted many first person interviews, and as much as possible he tried to get facts confirmed by multiple sources. That being said, I don’t think there’s a lot of groundbreaking information in this book, at least not for those generalists like myself, but perhaps El Chapo experts would have a different opinion. There are so many documentaries, books and articles written about El Chapo that you don’t have to go far to get what you’re looking for, but I appreciated this tidy overview of his ‘career’ and his eventual conviction.