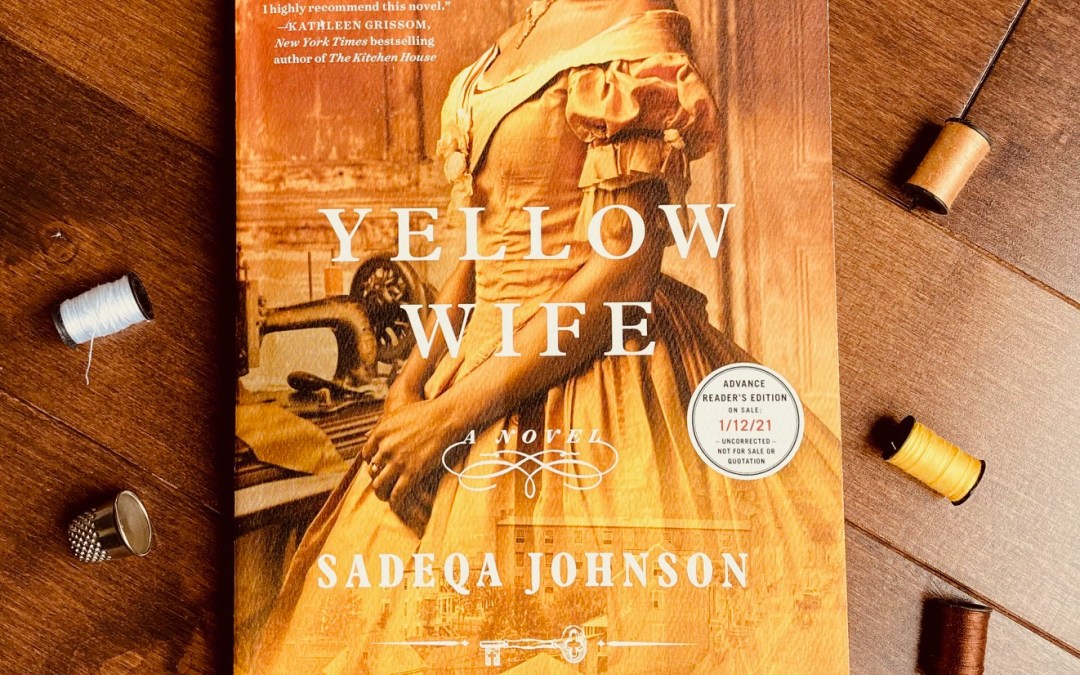 I’m currently working on a project at my day job centered around Juneteenth, and much to my embarrassment, I had never even heard of this day before our American partner so kindly educated us. I’ve been doing a bit more research since, but I still have much to learn. It’s typically celebrated on June 19, and meant to celebrate the freeing of those who were enslaved in the United States. I always like to supplement my learning with a novel or fictional account, and I happened to have Yellow Wife by Sadeqa Johnson on my bookshelf, so reading it presented an opportunity to take another deep dive into the horrors of slavery. This horrific reminder of how brutal our past is (and I say ‘our’, because Canada isn’t exempt form this) is something I think everyone needs every once in awhile. The longer we are isolated, the more detached from other people’s reality and sufferings we become. Sometimes it takes a book like this to snap us back into realizing what we should be thankful for now, and what we must speak out and fight to protect at all costs.

Born to a black woman and a white man, Pheby leads a relatively comfortable life when compared to other slaves on her plantation because she is favoured by the master and his sister. It is 1850, and although it’s illegal to teach a slave to read, Pheby has been tutored since she was young, and aside from her skills of reading and writing, she can also play piano beautifully. After being wrenched from her family, she finds herself on the auction block, and because of her stunning good looks, she is taken as a house slave and forced to act upon her new master’s wishes, no matter how despicable. While there, she also works as a seamstress, preparing other female slaves for sale by dressing them nicely, and doing their hair and make up. Disgusted with what she is forced to do, and desperate to remember all these girls that she meets, she asks them about their lives and pasts, and secretly records their stories in a diary she keeps hidden away. Pheby is eventually forced to make a series of impossible decisions as she begins to have her own children, and by assessing the different levels of danger that befall her family she is called upon to make the ultimate sacrifice as a mother.

Pheby’s struggles, emotions, and challenging trajectory through motherhood drives the plot of this book. It’s a work of commercial fiction that hinges on the connection the reader must have with Pheby and her plight to keep reading. Like most books about slavery, the violence is difficult to read about, mainly because we all know how accurate it is, most likely even worse. I recall being faced with this same brutality in the outstanding and memorable book Washington Black, finding it both shocking and not surprising all at the same time. Still, I pressed on knowing that even reading about this is an important act of witness, the very least I could do hundreds of years later. I also appreciated Pheby’s determination in light of her challenges; her motivation to keep going despite the terror she endured each and every day is what drove me through the pages so quickly. The writing is straightforward and easy to consume in short snappy chapters so I sped through the 280ish pages in just a few days.

There are no shortages of slave narratives, yet Pheby occupies this unique place in history where she was pale enough to be accepted by certain members of white society, but not dark enough to be considered a regular slave. By becoming her master’s mistress (something she had no control over) she was treated differently, often with disdain by other slaves, but she was also constantly reminded, usually with violence, how little power she had in her master’s eyes when he would blackmail her using her kids. This subtle hierarchy is something that typically gets brushed over in history lessons, but when reading about a person struggling with this particular circumstance, it truly drives home the fact that slaves, especially female slaves, were truly at the mercy of their gender and skin colour.

I feel like I’ve been saying this a lot lately in my reviews, but once again, this is not an easy book to read, but a rewarding one. Even spending these few pages with a woman like Pheby renewed my determination to overcome any challenges that come my way, even if they pale in comparison to what people endured back then. It also reminded me to stay mindful of people’s past and circumstance, because for better or worse, it does shape us and our future.