Book Review: The Return of Kid Cooper by Brad Smith 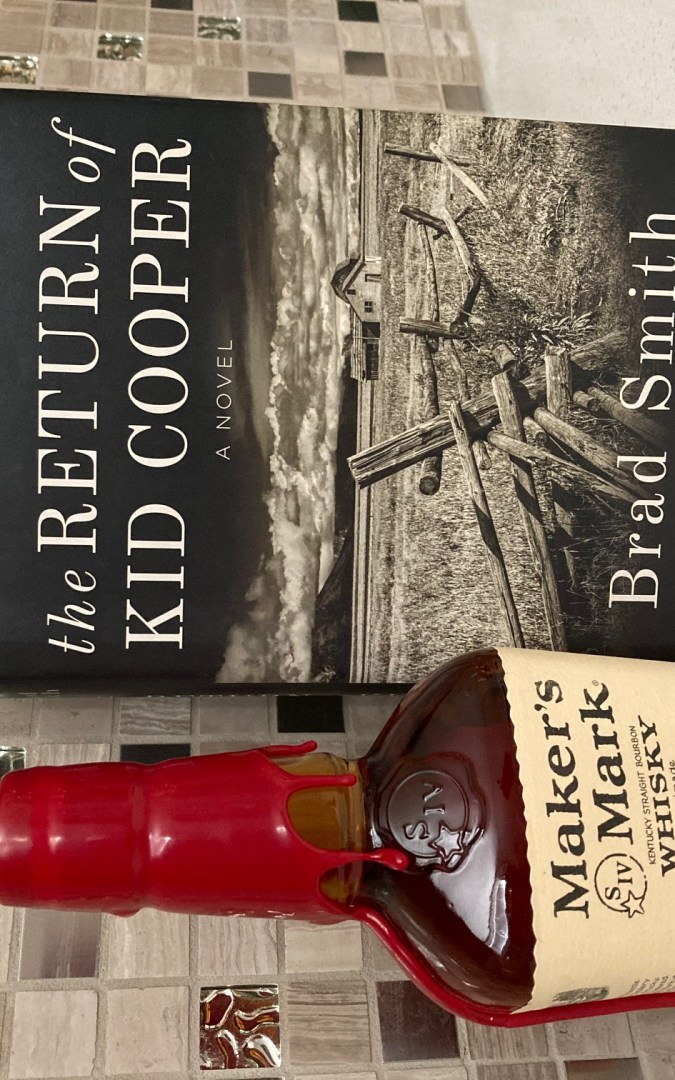 I’m starting to read books in anticipation of my Father’s Day CBC segment in June, which means I’m picking up novels that don’t normally fit my tastes. I scan my bookshelves and look for stories that don’t generally interest me, and that’s how I start to put together my list of book recommendations for Dads (and yes, I will most likely use that same joke on-air!). The wonderful thing about this approach is that I discover gems that I would never have read otherwise, and The Return of Kid Cooper by Brad Smith is one of those gems. This novel has sat on my shelf for far too long, I’m ashamed to say it was published back in 2018 so I’ve been passing over it for a few years now. I brought it out a few days ago and raced through the pages! It’s a work of historical fiction, and for lack of a more politically correct term, all about ‘Cowboys and Indians’. There’s mystery, romance, political intrigue, all wrapped up in a surprisingly nuanced story about gender expectations. Colour me impressed!

It’s 1910, and Nate Cooper has just been released from jail after 30 years. He finds himself back in Cut Bank Montana, looking for work as a cowboy, but because he’s now in his 50s, he’s essentially aged out of the business. Luckily he has some local friends who put him up for a few days at their ranch, including an old flame Rose, who married Nate’s best friend after he was sent to jail. So many things have changed since he was gone, except for everyone’s suspicion of him. He has some illegal activity from his past that haunts him, and he keeps a deadly promise he made to a young boy while locked up, but all things considered Nate is a generally upright and trustworthy man. As the story unfolds we learn about his debts to the Blackfoot Indians who are struggling at the edge of starvation, the buffalo gone and their land shrinking because of rich ranchers taking advantage of them. A mystery begins to unfold that includes both Nate, Rose, her husband, and the local journalist that sniffs a promising story. Cursory characters also come in and out of the plot, adding a dash of drama that keeps the narrative clipping along at a steady pace.

My low expectations of this book were clearly unfair, I can’t even point to a specific aspect of it that kept me away for so long, maybe it’s because I’m not all that interested in cowboys and westerns. Pushing through the tired tropes of masculine cowboys and their fainting maidens, Smith builds a complicated and conflicting character through Nate (Kid) Cooper, which turns out to be one of the strongest parts of this book. He is an old-man by 1910 standards, and reluctant to change, even hating this new technology that everyone seems to be so excited about, the automobile. He visits a prostitute as one of his first few ‘errands’ out of jail, and he doesn’t shy away from getting into a few bar fights when the poker playing gets personal. Still, he leans on the cowboy rules of hard work before play, respecting animals and their land, and treats kind people well when given the chance. The majority of the men in this book are behaving badly in one way or another; drink, manipulation, murder and petty crime make up the plot points that push the story along. And although I missed seeing more than two female characters (a silly one, and a strong one) the novel was so full of other interesting events and observations that I didn’t dwell on the lack of female representation for long.

Nate’s relationship with the Indians (and I’m pretty sure that’s the term American Indians prefer, whereas up here in Canada, they refer to themselves as Indigenous or Aboriginal) is a fascinating piece of this story, especially as I read it as a Canadian. He hates the way they beg for money, or drink too much while in town, but he also recognizes they’ve been treated unfairly, and are struggling for ways to make their own living when shoved onto a tiny piece of land that doesn’t accommodate their old ways of survival, mainly hunting. Before he went to jail, he depended on the kindness of a particular tribe that sheltered him through a difficult winter, so to help repay his debts to them, he brings flour, wheat, and a cow to help feed them. These acts of kindness do not go unnoticed by his enemies, and draws yet another target on his back. Other characters also show sympathy for the Indians, but still don’t see them as equals, which seems unfortunate but accurate for that time period. Although it’s a pleasant surprise that Nate’s character treats them fairly, it’s a terrible reminder of how little our relations with Aboriginal people have changed in the 100+ years since this book was situated. I can’t know how historically accurate Smith’s writing is, but if anything, he’s probably written the characters as more progressive than they really were back then, as I still know plenty of people today with these bigoted opinions of Indigenous populations.

There’s nothing better than being delighted by a book you weren’t excited to read. I’m happily recommending this novel to many people, not just Dads, because I think it addresses some oft-ignored topics in a highly entertaining package, and I anticipate a wide range of audiences enjoying it: previous interest in cowboys and Indians not required.