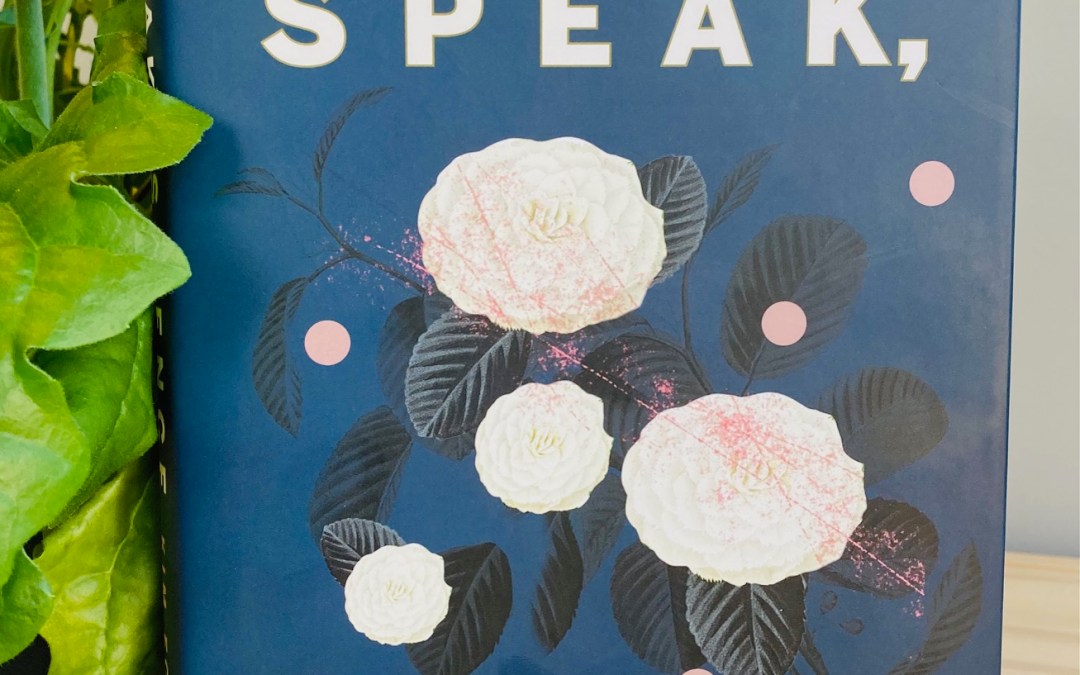 If you haven’t read a book by Kim Echlin yet, you really should. Her latest, Speak, Silence is a beautiful yet horrific meditation on women who are testifying at a trial at the Hague against the systemic rape they experienced during the Bosnian war. The topic is obviously a difficult one, and there were times I felt like putting the book down, but believe me when I say you are in good, tender hands with Echlin. She writes with the beauty of a poet, and the empathy of a family member. Although I never formally reviewed it, I recall having the same reaction to her book The Disappeared, which also centers on those who are war-torn and traumatized. But she never focuses on their pain alone, instead people’s pain becomes a part of the story that helps us view them as human first and foremost, those who would normally be labeled as victims only. I could read anything written by Echlin and love it, I’m sure of that, but I also feel confidant in recommending her to many different kinds of readers because her mastery of language is something no one should miss out on.

Gota is a young Canadian visiting Paris when she falls in love with a man named Kosmos. After a few passionate weeks he abruptly leaves her to travel back home, not knowing that Gota is pregnant. She returns to Canada to raise their child and works as a journalist to make ends meet while living a quiet life with her mother to help her. Later, she decides to travel to Sarajevo for work with the assumption that Kosmos will be there, and he is. They are happily reunited, but Gota is also taken with Kosmos’s old lover and friend Edina who is helping other women prepare their witness statements for the upcoming trial in the Hague. These women were held against their will in camps, repeatedly raped by soldiers and sold amongst them during the Bosnian war. Now, one man is being brought to justice in the first ever attempt i to prove rape as an assault against human dignity, which would be considered a war crime. Gota and Edina form a deep friendship while Gota observes the trial which Edina, her mother, and her daughter all testify in, all having been victims of the human trafficking that happened during the conflict. Gota wants to write about these women and support Edina, but she also misses her own daughter and mother back in Canada. Through the bravery of the women who have come to give witness statements against the ex-soldier, Gota learns of the incredible power it has taken them to continue living their life while nursing a broken soul from their experiences in the past.

If I have to read about a difficult subject, I want Echlin to be the writer of the words on the page. This book is about rape, war, trauma, violence, and the everlasting power it has to crumble even the strongest of us. But there is nothing sensational, or explicit in this novel. Instead, it is a tender meditation on female strength, our willpower, and our motivation to simply keep going. Although not the main character, Edina’s life is the most fleshed out, and she captures both Gota and the reader’s fascination as soon as she introduced to us as Kosmos’s old lover. The relationship that she builds with Gota is a tenuous one, built upon abrupt confessions and long-distance chess games played over the phone. The story of the death of Edina’s husband acts as a sort of climax to the plot, and although this is hardly a plot-centric novel, her timeline shaped the narrative more than Gota ever did. Gota is a well-developed character too, but I viewed her as more of a conduit to the other characters and their own pain. Although Kosmos’s departure left her upset, her emotions were always muted in comparison to the larger story of the Bosnian war and its victims.

This may come as a shock, but the book is a pleasure to read other than the few, sparse sections that detail the physical violence the women experienced. Echlin’s words are like poetry, in fact there are many pages where italicized words are included in the middle of a paragraph or conversation, acting as (I assumed) Gota’s internal thoughts, or the combined thoughts of the female witnesses:

“The women witnesses had spoken. I feel dead but I am condemned to live. I feel destroyed” (p. 169).

These italicized words feature throughout the book, and it’s not always clear who is speaking or thinking them, but they come with a tone of finality and authority that I appreciated, especially as a female voice. Although these women had their power and autonomy taken away by men and the war, they are given back a sense of independence and authority with the chance to testify, which both emboldens and breaks them. Echlin gives us a glimpse into this unexplainable dichotomy in a memorable novel that is sure to hit the prize lists this Fall.