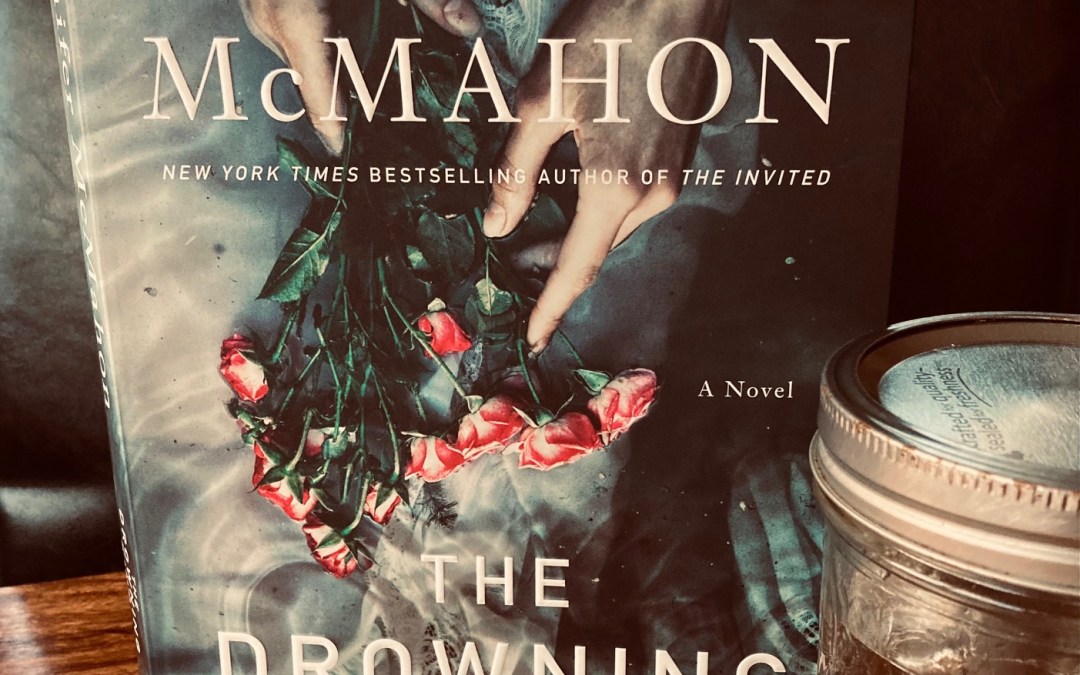 Boy oh boy this book scared me. Scared me to the point of avoiding my dark basement kind of scary. I chose it to go with my ‘dangerous water’ segment that I’m putting together for my next radio column, and I thought I was being clever by choosing this particular theme while I was on my summer vacation which consisted of ocean and lakeside lounging. Thankfully I couldn’t manage to shove this book in my luggage (I had 8 other books with me) so I didn’t read it until I was safely landlocked again, which is a miracle because I wouldn’t have swam after reading this. The Drowning Kind by Jennifer McMahon is all about a scary, bottomless natural pool that gives and takes in equal measure. It’s a great ghost story, but if you enjoy swimming in the summer, maybe leave this for your October reading list when you are in need of a good scare.

There are two storylines; one is the present day tale of Jax, a young woman who has just been called back to her grandmother’s house where her older sister Lexie has drowned in the pool. Lexie suffered from various mental illnesses, and overwhelmed with by her manic episodes, Jax had cut herself off from Lexie to gain some distance in the months leading up to her death. Now, Jax has returned to help deal with funeral arrangements, but the creepy pull of that deathly backyard pool – a deep natural spring that both girls swam in growing up – has triggered Jax to research the previous drownings in hopes of finding out why Lexie died there as well. Shorter chapters that take place in 1929 and 1930 are interspersed among Jax’s narrative, written as diary entries by a woman who is struggling to get pregnant, then miraculously does after wishing upon the famous miracle spring found behind an exclusive new hotel. Rumored to grant wishes, she asks for a baby, and when she becomes pregnant, stops at nothing to keep herself and her baby safe.

I’ve already told you how this book made me feel, that’s quite obvious if you’ve made it this far into my review. McMahon is known for writing scary books, and although I don’t remember much about this book of hers I read and reviewed 7 years ago, apparently I found it really frightening as well! The plotting of this book was my favourite part, because the creepy atmosphere was established early and continued consistently throughout, even the last few pages unsettled me. Even better there were no great reveals that spun out of control or explained away the horror, which is a direction so many other books in this genre end up following. There is a meandering branch of the storyline that threatens to derail the whole thing, but McMahon keeps us focused on the ghostly storyline, throwing in supernatural elements when reality threatens to settle in.

The pool itself is cursed, essentially it’s a natural spring that was expanded to fill a dark pool lined with rocks, so the water remains black and opaque, seemingly bottomless to most who swim in it. Like the last book of hers I read, McMahon ups the creepiness factor with deceased children and their ghosts, which although commonly used, never fails to terrify. By calling into question the mental stability of certain characters early on in the plot, the reader is never really on solid ground, we are constantly questioning certain people and their motives. We meet Jax briefly as a young girl, but also as an adult woman, now a therapist. Surely her word can be held as truthful above all others? But we are expertly guided among conflicting stories and accounts of this mysterious pool, so by the last few pages, we’ve lost all sense of what’s real and what isn’t, the turbulence of the plot having disoriented us beyond repair.

This is a classic ghost story, expertly weaving two different timelines together that ratchet up the tension at just the right pitch. I can’t think of a single complaint to mention, I was too busy enjoying myself to pick apart anything from this book.