Book Review: Murder on the Orient Express by Agatha Christie 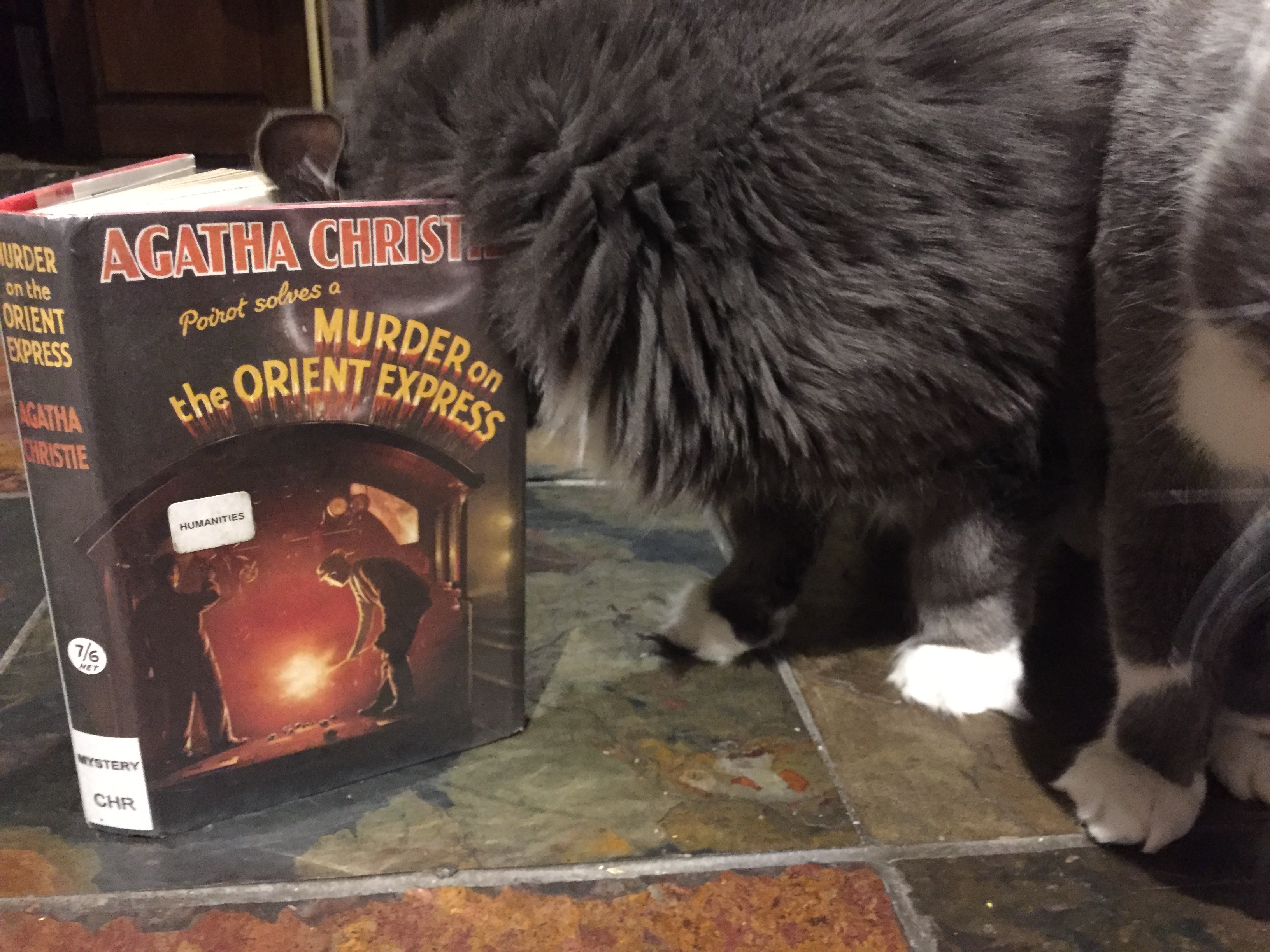 Oh what, an old book? But Anne you never review those! I know, I’ve shocked everyone by reading a book by a dead author, but I can always make an exception for the wonderful Agatha Christie, the mentor to my idol Jessica Fletcher. I got this book from the library, which was extra fun because it’s an old edition. I chose Murder on the Orient Express specifically because there is a movie adaptation coming out in a few months, and I had never read this book before so I wanted to get it done before I ruined it by seeing the film. As I expected, I enjoyed every minute of reading the book, so I’m more than ready to have my high expectations dashed while I watch Hollywood’s interpretation of Christie’s genius.

The detective is Hercule Poirot who is a famous, extremely intelligent and subtle character that features in many of Christie’s books. We join him on a train through snowy mountains when someone is murdered only a few compartments down from him. Because of the snow, the train is also stranded where it sits, limiting the movements of all the potential suspects, making it impossible for anyone to escape. This of course sets up the perfect mystery, so we follow Poirot as he pieces together the night in question, interviewing the passengers, scouring the train for clues, and most of all sitting back and ‘pondering’. 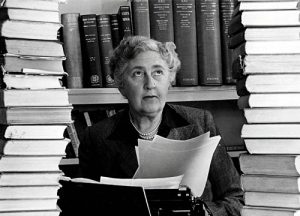 The great author herself, Agatha Christie

Surprisingly this book holds up quite well, 83 years since its publication. The dialogue is of course dated, but still funny where it’s supposed to be. Not to say that this is a laugh-out-loud book, but the characters are clever, and I enjoyed getting to know them and their little quirks.  That’s what I love about mystery novels, they continue to hold our imagination no matter what era they were written in.

The ending surprised me; I had no inkling of what was going to take place and although it seemed sort of bizarre it wasn’t completely unbelievable. And most of the clues Poirot used to solve the mystery were buried in the interviews he conducted, so a very savvy reader can put them together should they pay very close attention. Christie very deftly places two characters alongside Poirot to help him solve the mystery, and both men serve to distract us readers from the real criminals, as well as ease our own feelings of inadequacy around Poirot, as they are just as impressed with his detective skills as we are. There’s so much more I could say about this book; it was such a satisfying read, and not all that long either.

I wonder if the mystery writers of today will produce works of such long-standing favour for future generations, I suppose we will have to wait and see.