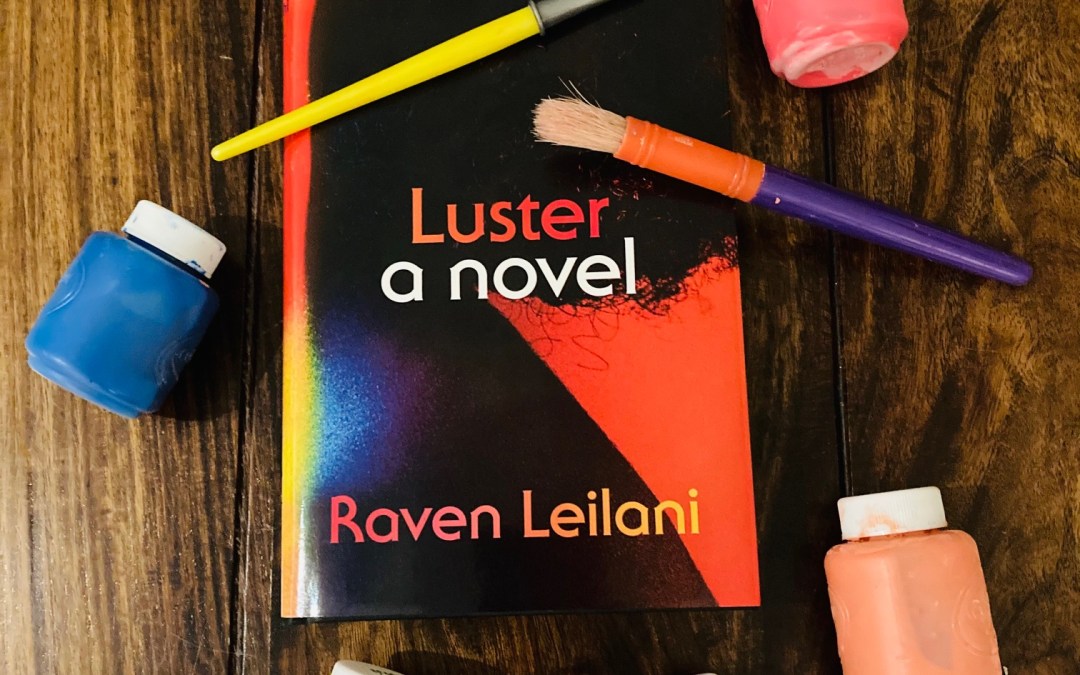 I’ve had this book on my shelf for awhile now and I didn’t get to it earlier because of other reading commitments, but I was really excited to finally dive in because a) it’s been getting exceptional reviews and b) I loved another book similar to it, Queenie. Although very different from what I expected it to be, (it was very lyrical, almost like a poem), Luster by Raven Leilani is everything I had hoped for; frustrating, disheartening, beautiful and heartbreaking. It’s about a lot of things; being a young black American woman, being a young broke millennial, navigating the punishing life of a gig worker, and always feeling like an outsider. Reading it through the lens of the pandemic is an experience in itself because the main character is a very physical person, so I vacillated between jealousy and disgust as she touched her way through the story. It will be interesting to see how long this new sensitivity to touching will last in our collective psyche as we eventually move past the pandemic, but that’s a whole other blog post in itself.

We see the world through our protagonist Edie’s eyes; she’s African-American and in her early twenties , living in a substandard apartment in New York City, working at a publishing house where she’s slept with many of her coworkers. She doesn’t really care about her job, but she relies on the income it brings in, and she spends what little money she has on her art; paints and canvas mostly. The book begins with a date, she’s been texting a white man named Eric who is married, but in an ‘open marriage’ with rules. They are finally meeting in person, and there is definitely chemistry between them. Things get complicated, as they inevitably do in these situations, and Edie finds herself connecting with Eric’s wife Rebecca, eventually moving into their home while Eric is away on a business trip. While there, Edie slowly befriends their adopted daughter Akila, who is also black, and sadly, has no other black men or women in her life. There is nothing simple or straightforward in any of these situations, yet Leilani moves us through them with grace, opening our eyes just a little bit wider with each encounter.

I’ve turned down the corners o many pages in this book (yes, I’m that person) because the writing is just so striking. Leilani’s observations of race are what affected me the most, because as a white woman, it offered a new way of viewing interactions that to my mind don’t seem all that meaningful, but impart a clear significance for Edie, and potentially other people of colour. For instance, the moment at a party when “Rebecca ushers me over to the one black instructor…Of course, we have already met. We have already noticed each other and engaged in the light telepathy necessary in rooms like these, acknowledging that here we are, being careful and softly black” (p. 184). Earlier in the book Edie tries to be “racially neutral” (p. 121) and the longer I spent with Edie, the better I understand these urges to shrink herself to colour, afraid to speak too loudly, desperate to simply remain undetected. In many ways Eric exoticizes her, while Rebecca sees her for what she truly is; a woman sleeping with her husband (with permission, I might add). I believe this is why they connect in the first place, but again, I hesitate to make any declarations about the intention of the book, because nothing is easy to discern.

And even better, this book is funny, Edie’s sense of humour is a dose of true honesty that we all need in our lives. She’s got some memorable lines: “I put on a complex pair of underwear that is not so much underwear as a bundle of string, and I stand before the mirror. I think to myself, You are a desirable woman. You are not a dozen gerbils in a skin casing” (p. 5). The way Edie swings between self-loathing and self-righteousness may seem disingenuous to some, but I know many women of my generation and younger could identify with it; we are constantly bolstered by feel good messaging from corporations and authority figures, yet the rest of society seems to be lagging behind in creating a more equitable space for everyone. Edie is eventually fired from her job, and her desperate attempts to make money by working as a delivery person with a food app is heartbreaking because it’s next to impossible to make a livable wage doing that. Even worse is the thought that many have resorted to this type of work right now, which for me, reinforced my belief that we should be tipping extra high right now (!) considering how much those are suffering in the service industry.

The development of Rebecca and Akila’s characters are still engaging, yet the main focus remains on Edie and how these two women orbit around her own life despite their tangled living arrangements. Both women remain unknowable to Edie. As we get to know Edie, we learn she struggles to paint herself because she can never really complete a self-portrait, but towards the end of the book, she successfully translates herself onto the canvas, which seems like a symbolic transformation, but again, nothing is truly obvious in this book. Instead of a typical story with a beginning, middle and end, I like to think of Luster as a snapshot in time or a temporary doorway into someone’s life. Edie is a character that’s likely to remain in my psyche for many books to come.