Book Review: Would I Lie to You? by Aliya Ali-Afzal 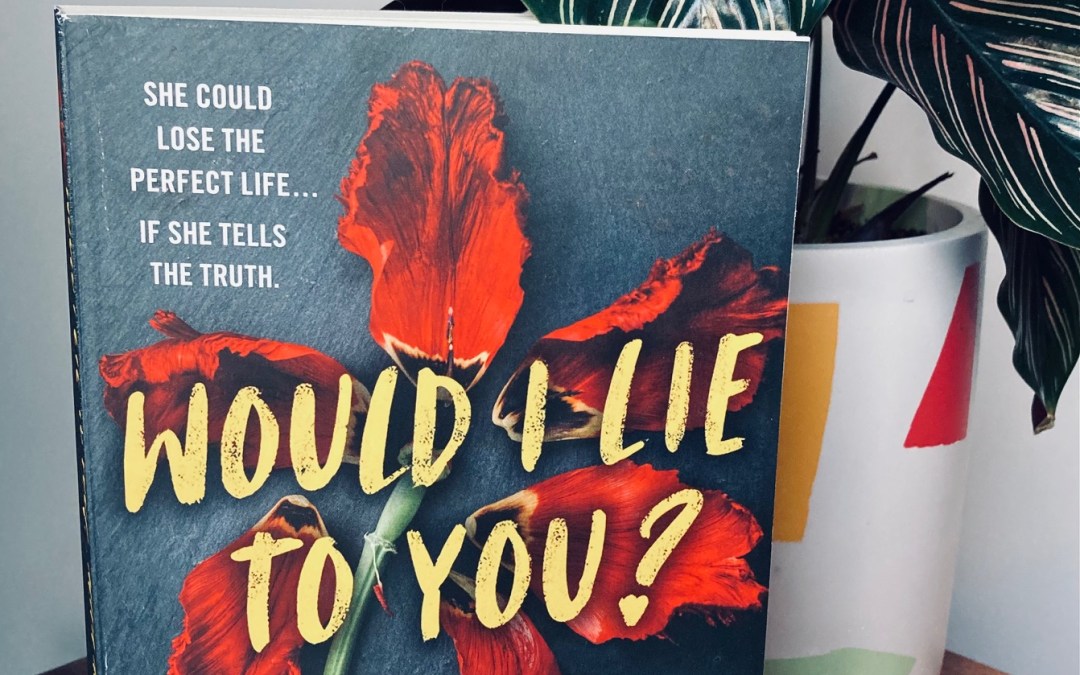 I had been reading a string of heavy books lately, and felt as though I deserved a little indulgent reading, which for me can be a cozy mystery, or a domestic thriller. I leaned into the thriller/suspense category and picked up Would I Lie To You? by Aliya Ali-Afzal, which lands squarely into the domestic realm, detailing the lies a housewife tells her husband to hide all the money she’s blown through. I got just what I needed in this book – a suspenseful, plot-driven novel that kept me reading well past my 9:30pm bedtime (oops!). Did it push the bounds of believability? Yes. Did I love it anyway? Yes again.

Faiza works hard to fit in with the wealthy moms at her kids’ private schools. Keenly aware of her Pakistani heritage, she hides behind expensive skin treatments, trendy clothes, and luxury accessories, only allowing glimpses into her own culture when around her immigrant parents. Her husband is a successful banker so they live in a giant house in Wimbledon, but when he unexpectedly loses his job, Faiza panics; the emergency fund that he is suddenly relying on is actually completely spent. It’s the only account that Faiza manages herself, and she has blown most of the money on frivolous things like art, spa trips, jewelry and clothes, all in an effort to appear as successful as possible. Faiza’s childhood was filled with her parents fights over money, and she doesn’t want to subject her children to those same arguments, so she keeps her terror to herself as she secretly sells off her jewelry, takes out high-interest loans, and even goes back to work after being off for over a decade raising their children. She is juggling all this while not even telling her friends about what’s happened, and her lies are piling up. Things are made even more complicated when her handsome boss at work just happens to be married to a family friend, and the late nights at the office are becoming more and more frequent. Faiza is on a rollercoaster to disaster and I am here for it!

Faiza’s lies bury her deeper and deeper into a situation that would be difficult for any human being to climb out of, but her fierce love for her kids and husband drive her to maintain this fragile lifestyle she can no longer afford. Although I shook my head at some of her stupid purchases, I’ve been lucky enough to never feel like an outsider because of things out of my control so I tried not to judge her too harshly. Fazia is constantly aware of being slightly different than the other mothers, which is what seems to be the driving force behind her unrelenting efforts to be just like them. It’s not all in her head either – she details the small but painful comments that leave a lasting impression on her, things such as ‘people in your culture’, or when men compliment her on how ‘exotic’ she looks. Although never said with malice, these words have molded the Faiza that feels the need to hide. But interestingly, she learns through her children (who have both British and Pakistani roots) that speaking up about these comments and the way they make her feel is a possibility, and as she’s navigating the financial difficulties, she has a late coming-of-age moment that allows her to shed her fears and wear a sari to a fundraiser with the other mothers.

Ali-Afzal is attempting to create a more meaningful storyline and forge a deeper connection with the reader by extending the story further than the money issues and its immediate suspense, which added to my enjoyment of the novel and its emotional impact. Despite Faiza’s obvious mistakes, this revealing of her personality elevated her above the ‘yummy mummy’ label into a three-dimensional person.

As I alluded to above, there are certain coincidences and close calls that require us readers to suspend our disbelief, but when you’re wrapped up in the hijinks of a particularly cringe-worthy situation, who cares? As long as you crack open these books with the expectation that you can’t dig too deeply into plotlines, you will enjoy it as much as I did.