Book Review: All Waiting is Long by Barbara J. Taylor 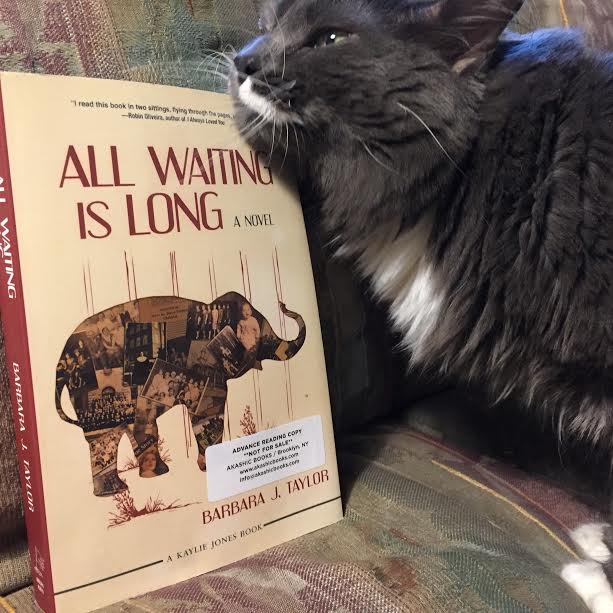 Once again Barbara J. Taylor has NAILED IT with her historical fiction. A few years ago I reviewed her first book Sing in the Morning, Cry At Night, which I really enjoyed reading. She has now released a sequel called All Waiting is Long, which is just as good, if not better.It continues with the story of Violet, a woman who lost her older sister when she was just a child. But now Violet has a much younger sister Lily, who apart from being quite spoiled, has also gotten herself into a bit of a pickle, becoming pregnant out of wedlock at a very young age. Keep in mind this story takes place in the 1930s, so teenage pregnancy is not so much a pickle but a full-blown disaster. So, Violet and Lily ‘go away’ for a few months while Lily has the kid, and despite her practical nature, Violet decides to adopt the child as her own and pretend it was her who had the baby, even though she is also unwed. Martyr much?

So instead of Lily being vilified upon their return home, Violet is instead. In fact, Violet’s love of her life Stanley is so hurt by her apparent affair that he completely cuts her off, and she is also excommunicated by her church, which she cared so deeply about. But, Violet is a steadfast and dependable woman, so she eventually marries the nicest person in the book, Tommy, who has been in love with her his entire life and gladly accepts her child into their marriage (which back then, would have been a big deal!). There are somewhat unbelievable plot twists after that involving small-time crime, but it keeps the book moving, illuminating certain aspects of each character in a pleasing and satisfactory way.

Another thing that Taylor excels at is her seamless weaving of historical events into her narratives. It’s like learning things in school but actually enjoying yourself, or simply being tricked into learning; I love this about her books. One of the issues she touches upon in this book is the eugenics movement that evolved around that time, terrible stuff that was, reading historical fiction always reminds me of how lucky I am to be alive now.

This book came out in 2016, so it’s one of the older books I’ve reviewed lately, but it’s been on my shelf for awhile now. Unfortunately, it has a hideous cover (sorry but it’s true) which is probably why I avoided picking it up until now. But I shouldn’t have waited so long because Taylor’s work is wonderful, and so worth picking up.