Book Review: #1 and #8 in the Lane Winslow Mystery Series 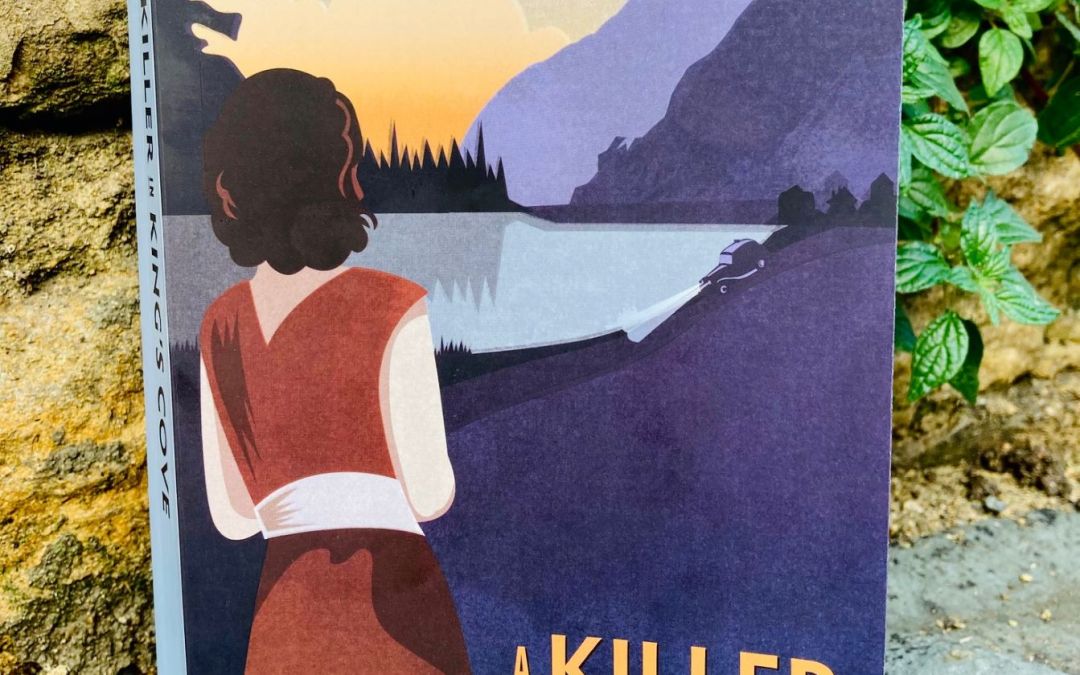 I do believe I’ve stumbled upon a new must-read mystery series for my Canadian followers. Why just Canadian? I’m not sure you can get the Lane Winslow Mystery Series past our borders as its published by small press Touchwood Editions, so if you are having trouble finding it, please contact them directly to see if they can help (Melanie from GTL can you give you some pointers!). I read the first in the series, and the most recent in the series , but I’ve fallen in love with the titular detective and protagonist Lane, so I’ll be seeking out the books in between.

The first is called A Killer in King’s Cove, which introduces us to Lane Winslow and the small cast of characters that makes up the King’s Cove area outside of Nelson, British Columbia. This is a historical fiction series that begins shortly after the second World War in 1946 when Lane has emigrated to Canada from her war-time activities in Britain as a spy. In search of a simple, quiet life, she finds one in this cozy King’s Cove, where a community of around 20 people live. The fact that she can’t be honest with people about why she moved there in the first place doesn’t become a problem until a dead body shows up in a creek outside her home, and in the pockets of the deceased is a note that has her name on it. Convinced this has something to do with her wartime secret service activities she sets out to solve the murder herself, but as suspicion continues to build around her, she finds it harder and harder to resist the police and neighbor’s prying questions.

Lane herself is the star of these books, and her fierce independence is the first thing that made me fall in love with her. Right from the beginning of this series we also fall into her routine of drinking lots of tea, attempting to write poetry on her typewriter, and the constant enjoyment and reflection that her beautiful new mountain surroundings afford her. Speaking several different languages and not afraid of digging in the dirt, she’s a woman that inspires many, and it only takes about 150 pages until we meet a likely romantic companion in her small circle of friends and acquaintances. These are cozy mysteries with a slightly darker edge, but I found myself transported to this small town easily, very similar to my ongoing fascination with Cabot Cove from Murder She Wrote.

The last book sees Lane in the same place, but in a much more comfortable position. Now married to that potential partner I mentioned above, it’s just a few weeks before Christmas, and another mystery is unfolding in King’s Cove. After a particularly bad blizzard the local school teacher does not show up for class, and worried about her safety, Lane drives to her house to see if anything is the matter. Once she arrives she finds a turned-out house with no school teacher, but her roommate fallen unconscious with a bad knock on the head. Springing into action Lane takes the roommate to the hospital and scours the house for clues. Her husband, the police inspector in nearby Nelson takes on the case along with his entertaining group of officers, each with a memorable personality that shines in this story. And as much as Lane tries to stay out of trouble, she offers to fill in at the local school house until a replacement can be found (she does have a degree from Oxford) but manages to stumble upon further clues, much to her delight and her husband’s annoyance.

Because I’ve only read two of the eight books, there is no doubt the relationship between Lane and her new husband will continue to develop and change, but even in this one book, it’s obvious he isn’t always as pleased with Lane’s independence and her uncanny ability to solve crimes. Although they find themselves leaning on each other for advice at night by the fire, I suspect Whishaw is setting these characters up for some future strife when it comes to Lane’s special talents – her husband is ahead of his time in many ways (Lane decided to keep her last name after getting married for instance) but it appears as though his progressive views may be limited when it comes to his career’s reputation and his wife’s ability to solve mysteries faster than him.

Reading this book so close to Christmas added to its cozy atmosphere, mainly because the snow described in-between its pages matched what I saw outside my window. The clues are slowly revealed to the reader alongside the characters so we all realize who the culprit is at the same time. A little unravelling happens after the secrets are revealed; characters are rescued or locked up, and the mystery is thoroughly explained to everyone before it enters the lore and gossip ring of King’s Cove. In this, the latest installment, I read references to books past, but I’ve already forgotten those town scandals so I can easily make my way backwards in the series and still be surprised.

I’m seriously considering going back and reading the books in between the first and last, but my To-be-read (TBR) pile is already out of control, and 2022 just started! Am I the only one who has started off the new year with an already daunting TBR pile?