Book Review: Take Your Breath Away by Linwood Barclay 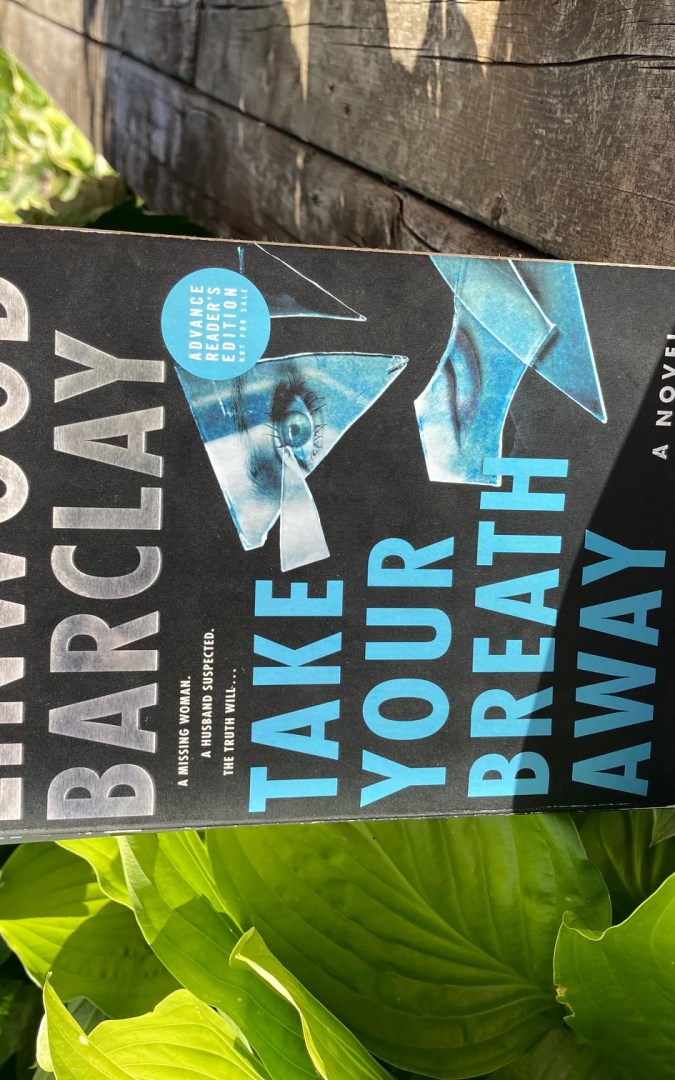 I enjoy a good Linwood Barclay book – this Canadian journalist turned novelist writes suspense incredibly well and he’s got a biting sense of humour that sparingly shines through the darkest of plots. His latest book Take Your Breath Away was just released a few months ago, and I brought it up to my cottage, knowing it would make the perfect dockside read, which it absolutely delivered on. Its got a bit of a Gone Girl premise by focusing on the disappearance of a wife, but the mystery is so incredibly intricate that he avoids falling into any clichés that suspense novels seem so rife with these days.

Andrew’s wife Brie disappeared six years ago. Although never charged with anything, he remains the main suspect while she remains missing. He has gone on with his life, changed his last name, moved to another town, started a serious relationship with another woman, but then the unexpected happens, and Brie, or a Brie look-alike, begins popping up and making appearances around a nearby town. The police are alerted and begin to investigate who this strange person is – has Brie returned after a long time away or is she back from the dead? Rumors of Brie’s return sparks a few immediate reactions from family members who were convinced Andrew had murdered and dumped her body, while others are relieved that this may prove Andrew’s innocence; clearly he didn’t hurt her if she’s been spotted walking around? But then why hasn’t she tried making contact with Andrew? More questions than answers are raised by this strange new development, especially when it becomes clear that not everyone is pleased Brie may be back…

The suspense in this book is built up through the sheer number of characters with a motive to hurt Brie, but in a surprising twist, she is not a terrible person that has wronged many others in her life, instead, she’s an attractive, smart, and kind person that has stirred jealousies in others for years. The book begins with a first-person chapter written from her perspective the night before she goes missing, so we get a glimpse into the fact that she’s got a few secrets herself, but nothing sinister. Instead, it sets up the motive for a few different people before we even fully immerse ourselves into the plot. The book then skips ahead six years to Andrew’s new life, and when ‘Brie’ re-appears, we learn more about the family she left behind, plus all the lies that overlapped to create a confusing mess of suspects. The amount of uncertainty Barclay introduces into the storyline is what drives the story, especially when the question of whether Brie is alive or not remains unanswered for the majority of the 352 pages.

Lots of people believe Andrew was responsible for his wife’s disappearance simply due to him being married to her – and then it comes out they both cheated on one another, which never makes the remaining spouse look good. A particularly persistent cop has continued to monitor him, believing a missing piece of evidence would eventually turn up to prove his guilt. Transcripts of police-led interviews with all involved parties from six years ago are interspersed throughout the chapters, which helps to build suspense and shed new light on each character’s potential motives for hurting Brie. We never hear from Brie again, but I appreciated the inclusion of the transcripts because it helped to break up the uncertainty of the present-day situation, and it gives readers the chance to play detective as we read these old interviews.

I’m always impressed when a writer chooses to tell a large portion of the story from the first-person perspective of a suspect – Andrew’s voice is one we hear the most of, but there is always the lingering question of whether or not he did it. A writer must be so careful in what they say in those chapters to keep this suspicion alive in the reader, and Barclay did a fantastic job of molding Andrew into a sympathetic, but still potentially dangerous person. It’s obvious that a lot of care and thought was put into this book despite the fact that Barclay’s books are released fairly often – he was previously a journalist and clearly has no problem writing under deadline, and I’m grateful for it!