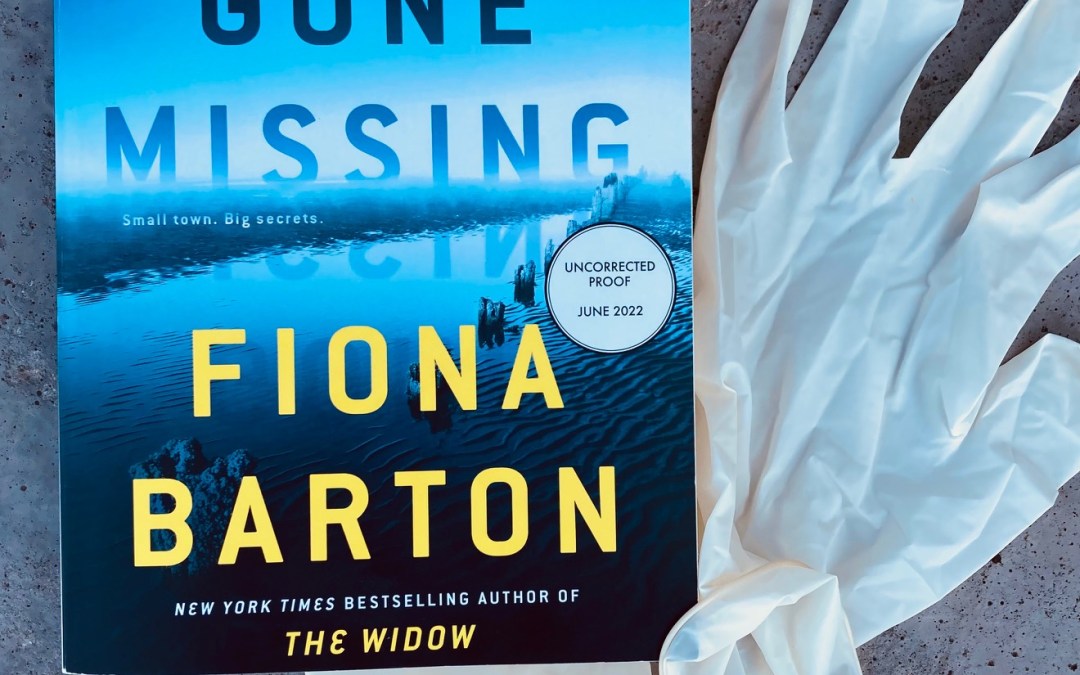 It has been a few years since I read my last Fiona Barton book, but a quick glance through my review of it reminded me how much I enjoyed her writing, and her latest release Local Gone Missing is another winner. This is more of a police procedural than a thriller, and reading about the protagonist and detective Elise King, who is returning to work after a mid-life battle with cancer added a nice element of realism. Like Barton’s other books, the chapters are also short, a few pages maximum, so the pace feels faster than it really is. Depending on a reader’s taste, this could also be considered a great beach read because it takes place in a seaside town – not many people are on vacation in this particular story though.

Elise was the big boss when she was diagnosed with breast cancer, and enjoyed her work leading the team of detectives and officers. Now that she’s at home in Ebbing and on the tail-end of her recuperation period, she’s getting excited to return to work and pick up where she left off, but she’s also nervous about jumping back to such a physically and emotionally demanding role. When a local man Charlie Percy goes missing, she begins to investigate the matter personally, advising the local police but also trying to stay out of their way. Her help is badly needed, so she’s asked to return to work early, which she gratefully does. The book is also told from the first-person perspective of Dee, the quiet and observant cleaning lady who slips under the radar of both the locals and weekenders alike, as well as Pauline, the devious second wife of Charlie. There is also the occasional chapter from Charlie himself before his disappearance. Like any small town, people guard their secrets fiercely, and as Elise begins to dig deeper into Charlie’s case, she discovers that many people are connected to him through a financial scheme gone wrong, resulting in a dearth of suspects that would wish Charlie ill will.

The missing man is first introduced as a kind citizen raising money for his sick daughter, but as we learn more about the gossip swirling around Ebbing, we learn more about the true nature of Charlie, and all the reasons why someone may want him gone. There are lots of characters (and by extension, suspects) to keep the plot moving along, and everyone’s hiding a few secrets, some deadlier than others. By painting each person as a schemer, it makes it almost impossible for the reader to theorize about who the culprit could be, or even what truly happened to Charlie – because if he can’t be trusted, how do we know he hasn’t just run away from his problems? Barton keeps the suspense high throughout the entire book, keeping us guessing up until the very last few pages too. No one is as they seem in Ebbing.

Elise is a relatable character, which is rare in police procedurals. She is understandably hesitant to jump back into her career after being off, and is still smarting from a bad breakup with another police officer that she assumed she would be married to by now. She loves her job, but is concerned with how people will react to her as a recovering cancer patient, especially in the police force where being ‘tough’ is considered a necessity. She also finds herself incredibly sad when discovering the true horrors of people’s actions, frustrated with herself for feelings so deeply, but unable to steel herself to the atrocities she so regularly comes across in her line of work. Often, the detectives we meet in fiction are alcoholics, narcissists, or just plain weird. It was a pleasure to come across such a normal woman who enjoyed the paperwork of policing as much as cracking a case. Try to think back to the last time you could see yourself in a detective’s shoes – it doesn’t happen often!

Another aspect to this book that I really enjoyed was the lack of technical clues as part of the investigation. So many police procedurals can get bogged down in the minute details like DNA testing, blood spatter patterns, etc. The majority of this investigation hinges on conversations with suspect, and easy to follow plot developments. It’s a procedural for those who don’t want to get too bogged down in procedure!