Book Review: A Sliver of Darkness by C.J. Tudor 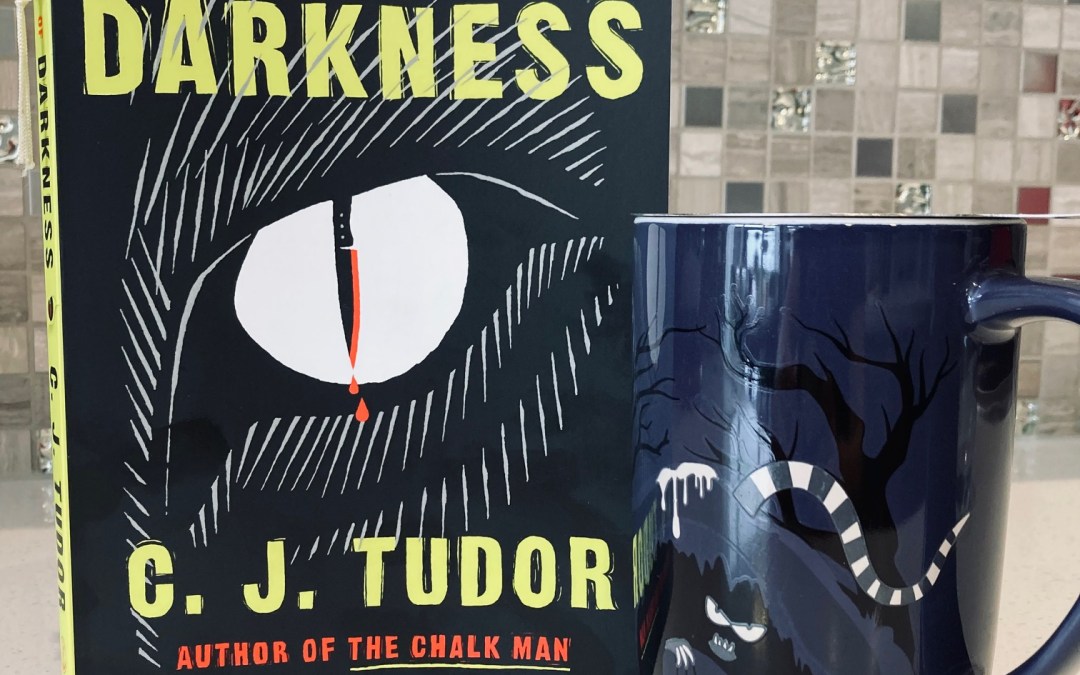 Some thriller readers may already be familiar with the author C.J. Tudor – she wrote the bestseller The Chalk Man a few years ago and continues to build her audience from that success. A Sliver of Darkness is the first book of hers that I’ve read, and it’s a collection of short stories, all works of horror and suspense. She’s been compared to Stephen King often (and he’s of course blurbed her books) but she also has a style all to her own, often throwing in twists to surprise the reader near the end of each story. It may be the only collection of horror I’ve read lately, but I highly recommend this one to get into the spooky mood – especially seeing as it’s Halloween today!

The stories included in this book often take place in a dystopian society, which makes sense considering this was largely written during the pandemic. The first story takes place on a cruise ship that never leaves open water because the world’s existing land has become inhabitable – food is procured from floating farms and people are retired (i.e. thrown overboard) when they get too old. Another describes a beautiful mural of a multi-colored lion down a dark street that seems to come to life when people approach it. Other stories explore creepy homes; an abandoned apartment block traps some neighborhood kids inside it, subjecting them to the otherworldly creatures that live inside. Further in the collection, a large estate positioned to be a sanctuary from the apocalyptic world outside turns to chaos when its owners insist on taking advantage of a young girl’s special powers. Most of the tales revolve around people sneaking into spaces they shouldn’t be in, so some may say they deserve what’s coming to them (spoiler: it’s rarely good!), but the line between good and evil is always moving in this collection, especially with Tudor’s famous twists.

At the beginning of each story short is a one to two page introduction by Tudor explaining where the idea came from, which is a nice way to ‘reset’ from the last story and pique curiosity for the upcoming one. She also includes a detailed introduction to the book, describing her struggles with writing a novel during the pandemic, eventually admitting defeat and indulging in some short story writing instead. She explains that some of her first published work came from women’s magazines that required a twist to their submissions, so her ability to upend our expectations is a well-practiced one, and it was incredibly well done in this collection. The stories were short enough that they kept my attention, but long enough to introduce situations that I grew to become invested in. Tudor’s status as a bestselling writer is obvious when reading this book – she is clearly an expert at plot development and pace.

Another impressive aspect of Tudor’s writing is her ability to write from various perspectives; people of all different ages, social statuses, and genders are first person narrators in this book. A few of the stories are written from the view of a teenage boy (and why wouldn’t they, considering how easily it is for them to get into trouble?), but you would never suspect these voices came from the mind of a middle-aged woman. There are hints at these character’s backstories, for instance on young man is used to running from his alcoholic father, so he’s good at finding hiding spaces, which comes in handy when he’s running from a blood-sucking demon. But aside from these slight remarks or references, we don’t hear much about his home life, and quite honestly there’s no time or point in building out that part of the story, because Tudor gets to the scary stuff fairly quickly. Just the way I like it! I hope you all have a spooky book to curl up with tonight 🎃