A beautiful, short book about getting trapped in a library; what more could a girl ask for? Books, mystery, illustrations and a small word count-it’s perfect for me! Quite clearly, The Strange Library by Haruki Murakami is right up my alley.

The book is gorgeous-as many Murakami fans are aware, only Chip Kidd is allowed to design Murakami’s books for Random House (or something like that), and he’s done another exceptional job in this case (see photos below, featuring Pearl). Murakami has a strange obsession with cats, so I thought it was only fitting that I include one of m 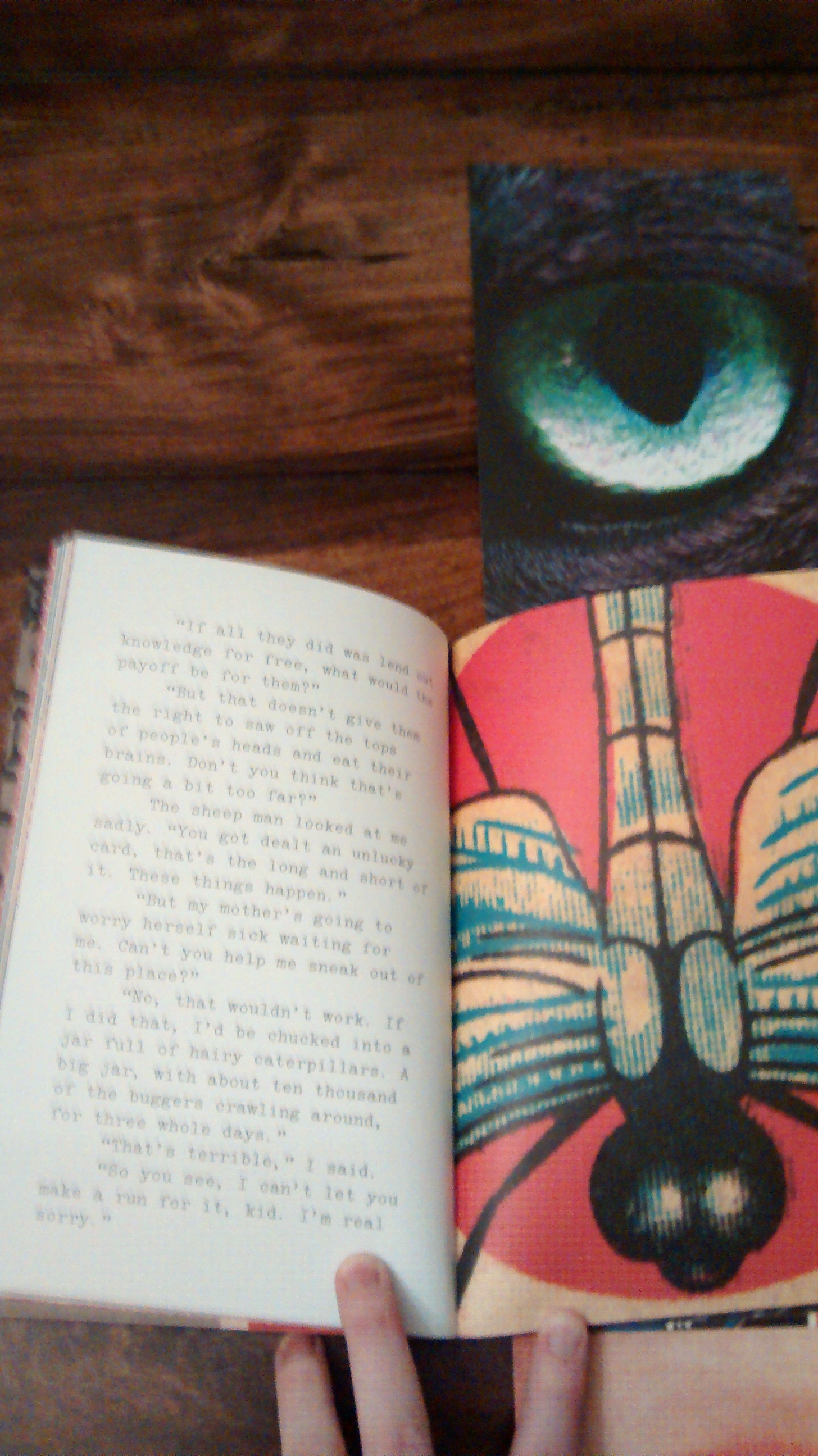 y own in a photo with his book. Not only do the illustrations add the ‘extra touch’ to the novella, the cover flaps of the book also act as a built-in bookmark, which sounds useful at first, but really unnecessary because you’ll easily read this in one sitting. 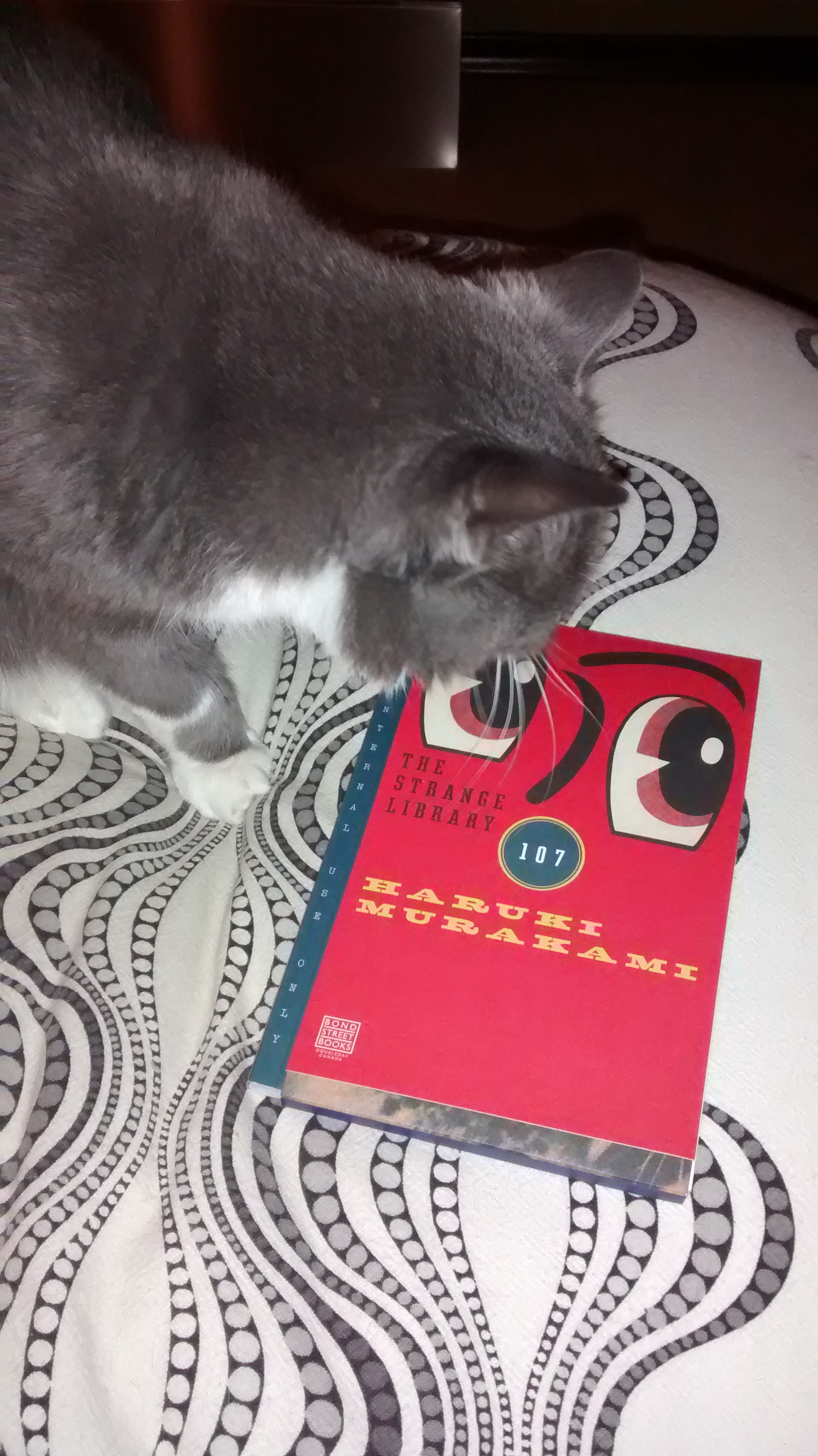 The story begins with a young boy in a library, looking for information on how taxes were collected in the Ottoman Empire (an admittedly obscure and strange topic). He’s directed to a basement room in which a strange old man forces him into a reading room to look at the books that feature this topic, quickly discovering he is now a prisoner in a labyrinth below the city library. While there, he meets some haunting characters, some who may or may not be real, but is also treated to delicious meals, including homemade fried donuts, made by a man in a sheep costume. I know what you’re thinking: “what drugs is Murakami on, and how do I get some?”. Sorry to get your hopes up, but this is typical for his style of writing: odd, non-linear, and frequently crossing into a world of fantasy.

Something else to note is that Murakami’s works are typically quite long, so the fact that this piece is so short must be the reason that illustrations were included, and extra care was taken with the design of the book. Murakami’s website calls The Strange Library a novel, which I disagree with; it’s way too short to be a novel! Anyway, this is sure to be a collector’s item, so I’ll be lending out this book selectively in the new year.