As Chimney Sweepers Come to Dust is another Flavia de Luce masterpiece by the prolific and always humble Alan Bradley: a Canadian author that we are all too proud to call our own. I think it’s safe to begin comparing Bradley to Alexander McCall Smith now; both create wonderful mystery novels with enduri 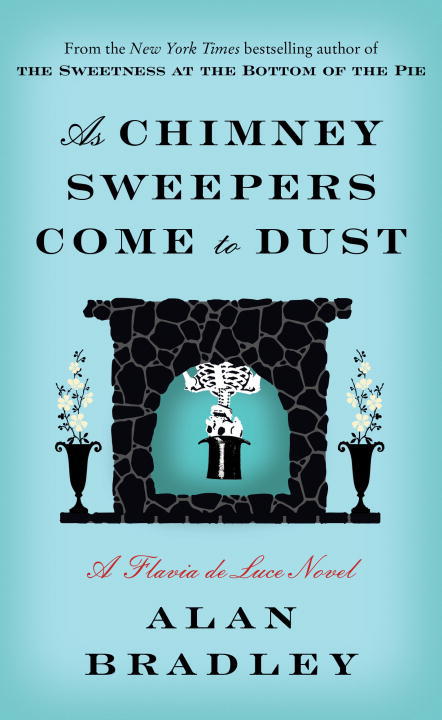 ng female detectives that readers can’t seem to get enough of. I enthusiastically count myself as one of these people-as soon as I see a new Bradley book come out, I try to get my hands on it as quickly as possible.

As Chimney Sweepers Come to Dust opens up a whole new world for Flavia who is ‘banished’ to an all-female boarding school in Toronto, Canada. For a twelve-year old girl used to being in small town England, this is of course a big deal. She takes it all in stride though (as she typically does) and finds herself knee-deep into another mystery, as a dead body drops down the chimney of the fireplace in her room. As always, Flavia’s incredible knowledge of chemicals and insatiable appetite for solving mysteries is indulged as she forces her way into the upper echelons of the school, getting to the bottom of the this very strange occurrence. She also develops a strange habit of standing on her head to help her think, which I don’t recall from her earlier books, but it’s been about a year since I read the last book, so I could have simply forgotten. I know it sounds like I’m talking about her as if she’s a real person and not just a character in a book, but I’ve actually begun to think of Flavia as real-this is how good Bradley’s writing is.

It will come as no surprise that this series has been optioned for television, although I sincerely hope that I never see the actual fruition of this project. Why? Because I like imagining Flavia as she is in the books, and no matter how good the production is, it will indefinitely alter the way I see and read future books in the series. I’m much too protective of this character, and the act of bringing her to life is much too precious to leave to anyone but Bradley himself.

If you haven’t had the pleasure of reading one of these books yet, for god’s sakes go out and do so. Do yourself a favour, and enter the world of Flavia de Luce-you will not be disappointed!