Book Review: Unflinching, The Making of a Canadian Sniper by Jody Mitic 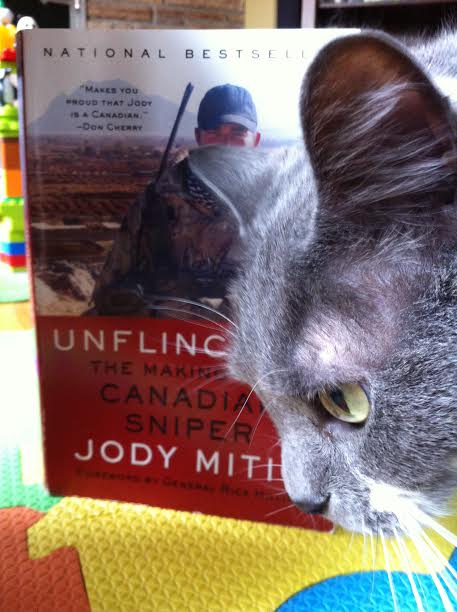 With the Canada Reads competition wrapping up a few weeks ago, I decided it was the perfect time to read Unflinching which is Jody Mitic‘s story of becoming a soldier and his subsequent injury (one of the judges from Canada Reads 2017).

I’m sorry to say I didn’t really like this book, and I feel terrible writing that. I mean, who am I to criticize this guy’s work? He is an actual war hero who has accomplished amazing things in his life, all with the intention of helping others. He’s now a politician, and most people would call him an inspiration, among other things. So before I talk about the negatives about his memoir, I wanted to state outright that he’s an admirable person, and I have the utmost respect for him. But, as a book reviewer, I can’t pretend I liked this book.

Firstly, the narrative of this book is littered with cliches, which honestly isn’t Mitic’s fault. It’s clear this book was written with a ghost writer (Perry Lefko), and if Lefko didn’t point this out to Mitic, his editor certainly should have. Of course this is how people talk day-to-day, but when it’s included so consistently in a published book, it can wear on the nerves. Secondly, Mitic left out the most interesting parts of his story. He went into extreme detail about the drills, training, and 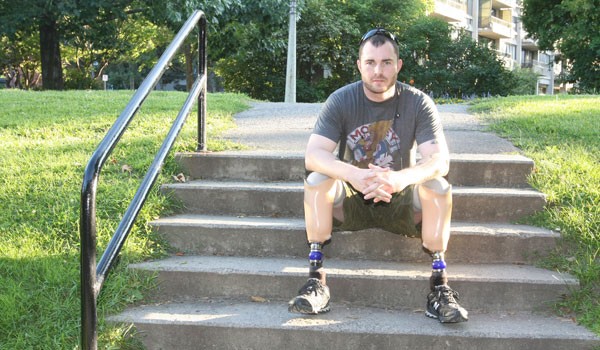 experiences of being a young solider which I found a bit boring. His recounting of the firefights he participated in overseas were exciting, and probably the best-written portions of the memoir. Mitic is extremely adept at writing in a way that keeps us engaged, but easily explains what is going on within the chaotic environment he finds himself in. Admittedly, the subtitle is “The Making of a Canadian Sniper”, and the book is truly that, because his injury, subsequent addition to painkillers and piecing together of his life is quickly summarized in the last chapter of the book. I was so disappointed by this, because the recovery  aspect to his life was by far the most fascinating.

I wouldn’t consider myself a pacifist, and debating the use of war is something that is way above my head. I think Canadian soldiers should be praised for their sacrifice, and Mitic is no exception. But I did take issue with the way death in battle was addressed in this book, simply because I’m a civilian, and I find this kind of violence shocking (as most non-soldiers would). Many times, Mitic used the word ‘excited’ to describe how he was feeling before they went on a mission, or when he was setting up his rifle to kill someone. Sometimes, it felt like he was describing participating in a video game, instead of actually killing people. I’m sure he values human life as much as the next person, but this kind of language was disturbing, because it made me realize that most soldiers were probably trained to think this way, if they didn’t naturally  feel those same emotions when gearing up for battle. How else do you get into (and stay in) this line of work?

Mitic was fighting the Taliban when he was hurt back in 2007. And although I tend to avoid seeing groups of people as good or bad, he mentioned one of the Taliban’s tactics that pained me to read about, which led me to inwardly determine that ‘yes, these people are truly evil’. He writes:

They would sometimes strap wires, and what looked like a wearable bomb onto a mentally challenged person from the area. Then they’d coax this civilian to walk towards the check point and not stop under any circumstances. The troops would yell at the person, telling him to stop, but often, he’d just keep walking not having the faintest idea that he was being used a pawn. Unfortunately, these innocents would often by gunned down because we didn’t know if their explosives were real or fake (p. 134).

You can’t unlearn a horrific fact like that. And for this and many other reasons I hugely respect Mitic; for the difficult decisions he had to make, and the horrendous recovery he had to endure because he simply wanted to protect good people. Was this book a slog? You bet. But, I’m better off for knowing Mitic’s story, and you would be too.