Book Review: The Other Black Girl by Zakiya Dalila Harris 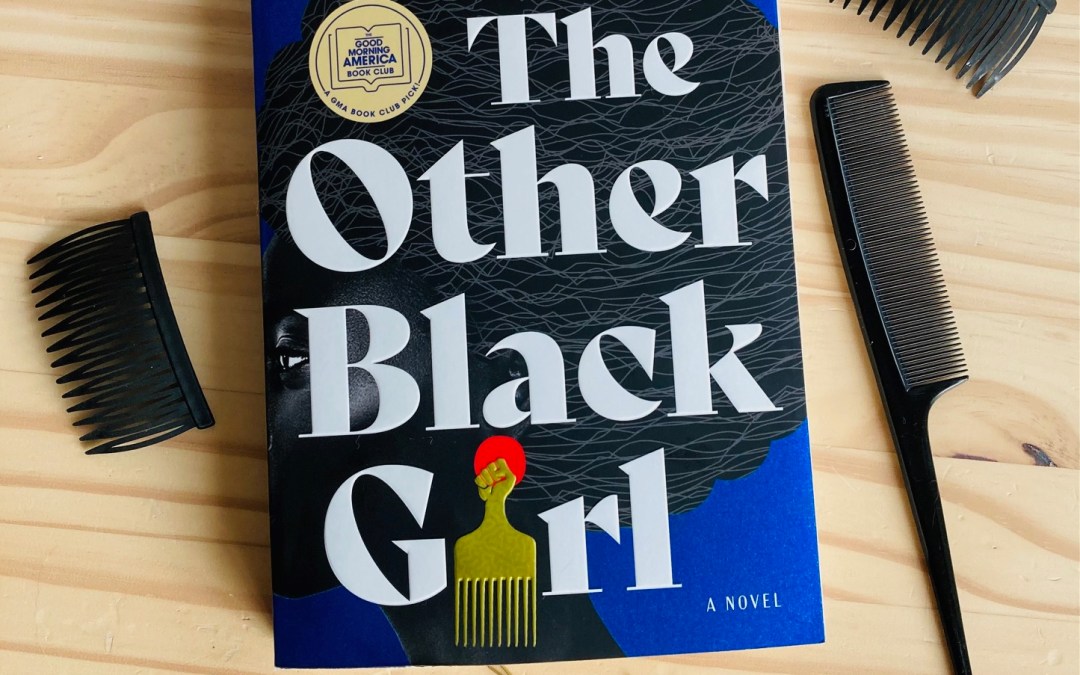 You’ve no doubt seen or heard of this book in the past few weeks, it seems to be on everyone’s summer reading list. I love jumping on a book hype bandwagon as much as the next person, so I was delighted to get my hands on a copy of The Other Black Girl by Zakiya Dalila Harris, especially because it’s about book publishing, a topic I adore reading about in both fiction and non-fiction. Race is really the dominant theme here, but it’s all set against the backdrop of a typical office in New York, and once again, I love reading about office politics (which is sort of weird, I know). To me, there is something calming about following others through the typical office slog, learning about their temperamental coffee machine, the awkwardness of being in an elevator with certain people, the general dread of one’s boss, etc. This book takes all these ideas and wraps them into one surprising and entertaining bundle, it’s perfect for book clubs too.

Nella Rogers is an editorial assistant at Wagner Publishing, one of the biggest and most prestigious publishers. She works extremely hard and is very dilligent, breaking through her boss’s icy exterior and spending extra time on ‘diversity’ initiatives at her work. Being the only black girl in the editorial department (and one of the very few in the entire company) she’s motivated to make a change in the company culture, unfortunately her white colleagues seems either too busy, or too self-absorbed to care. But when another black woman named Hazel begins work at Wagner, she shoots right to the top of everyone’s favoured list, quickly making friends with just about everyone and even inheriting some projects that Nella was previously working on. Nella’s confusion quickly turns to anger when Hazel begins throwing Nella under the bus, downplaying the evident racism in manuscripts and office interactions to better align herself with her white colleagues. But Nella is charmed by Hazel despite these strange developments, and desperately wants to believe the best in her, ascribing her actions to ignorance instead. How does Hazel put people under this spell so easily, and why isn’t Nella’s hard work being recognized now that there are two black people in the office? The plot takes an unexpected but delightful turn at this point so I won’t give away any spoilers, but rest assured Nella’s suspicions are not unfounded, and there is definitely more than the meets the eye here.

As mentioned above, this book has all the right elements that excite me in a novel, but its execution is what shoots it to the top of my recommended list. Nella is a very relatable character, she’s hindered by an imposter complex in her job, and she’s caught between two worlds; she never feels ‘black enough’ beside Hazel because Nella hasn’t faced the same hardships that she has, but her coworkers, although they claim not to see colour, can’t see her as anything but black. Another work of fiction, Luster, which is written by a black author that I recently reviewed referenced this idea of trying to minimize one’s blackness in certain environments, and Nella definitely struggles with this same issue. There is a deeply uncomfortable moment in the book when Nella is giving a (white) author some feedback on the construction of his only black character and he takes it terribly, accusing Nella of calling him a racist. He stomps off and her boss, (the editor), asks Nella to apologize when he returns. Obviously this is a disappointing moment to witness as a reader, but it certainly speaks to the white fragility and/or defensiveness that black people face when they speak up about things they find racist or unfair.

Book publishing is an extremely white and elite industry, it requires doing either poorly paid or completely free internships, and it never really pays well unless you are at the VERY TOP, which explains the lack of diverse opinions, culture, and background in its workforce. I’m heartened to see the emergence of groups trying to change that, including BIPOC of Publishing in Canada, because the more variety we have in publishing, the more variety we will have in books, and doesn’t that sound like a wonderful thing? Publishing houses have an incredible amount of power, they determine what gets a platform, and what’s worthy of communicating in the long-form format of books. The gatekeepers at the top including Nella’s icy boss Vera is a common example of why these initiatives are so badly needed. Nella is conflicted when she realizes that only agreeing with Vera’s entrenched opinions will help her chances of being promoted, but what do you do when you are fundamentally different than the editor you are working for, bringing completely different perspectives that no one else in your office has? It’s so much easier for Vera to accept Hazel’s blackness, the kind that fits into a comfortable and easily digestible format that ultimately, does not challenge her. But Nella resists being agreeable as a means of getting head in her career if its at the mercy of her individual beliefs, and many of us, no matter what our colour, can relate to this struggle. Even though this book moves in a direction I wasn’t expecting, I was simultaneously delighted and surprised by how effective its plot and writing worked together, so consider me an official part of this bandwagon!